iiNet, a brand that originally made its name for prioritising quality service over price, has plunged to the bottom of the monthly Netflix broadband rankings for the first time in the survey’s history.

Netflix Australia each month publishes a league table of the six biggest internet service providers in the country, based on its own calculations of download speed during prime time. It has published the ladder since it started operating in Australia in early 2015, to encourage the local broadband industry to improve their game – a factor that heavily affects its own success.

iiNet, a company that now-NBN board member Michael Malone started in 1993 in Perth, expanded nationally through acquisitions and a name distinguished on quality broadband and service over cost-conscious rivals like TPG and Dodo.

The first five Netflix Australia surveys – from April to August 2015 – reflected this strategy, with iiNet coming either second or first in the speed rankings.

Then in September 2015, TPG completed a takeover of iiNet to become Australia’s second largest internet service provider. The new parent promised to retain the iiNet brand to cash in on its reputation, attempting to quell fears that the operation would become cost-focused like TPG.

But two years later, iiNet has come equal last in Netflix’s October rankings. The company is now tied with Dodo/iPrimus, which has only ever crept above second last position twice in the survey’s history. 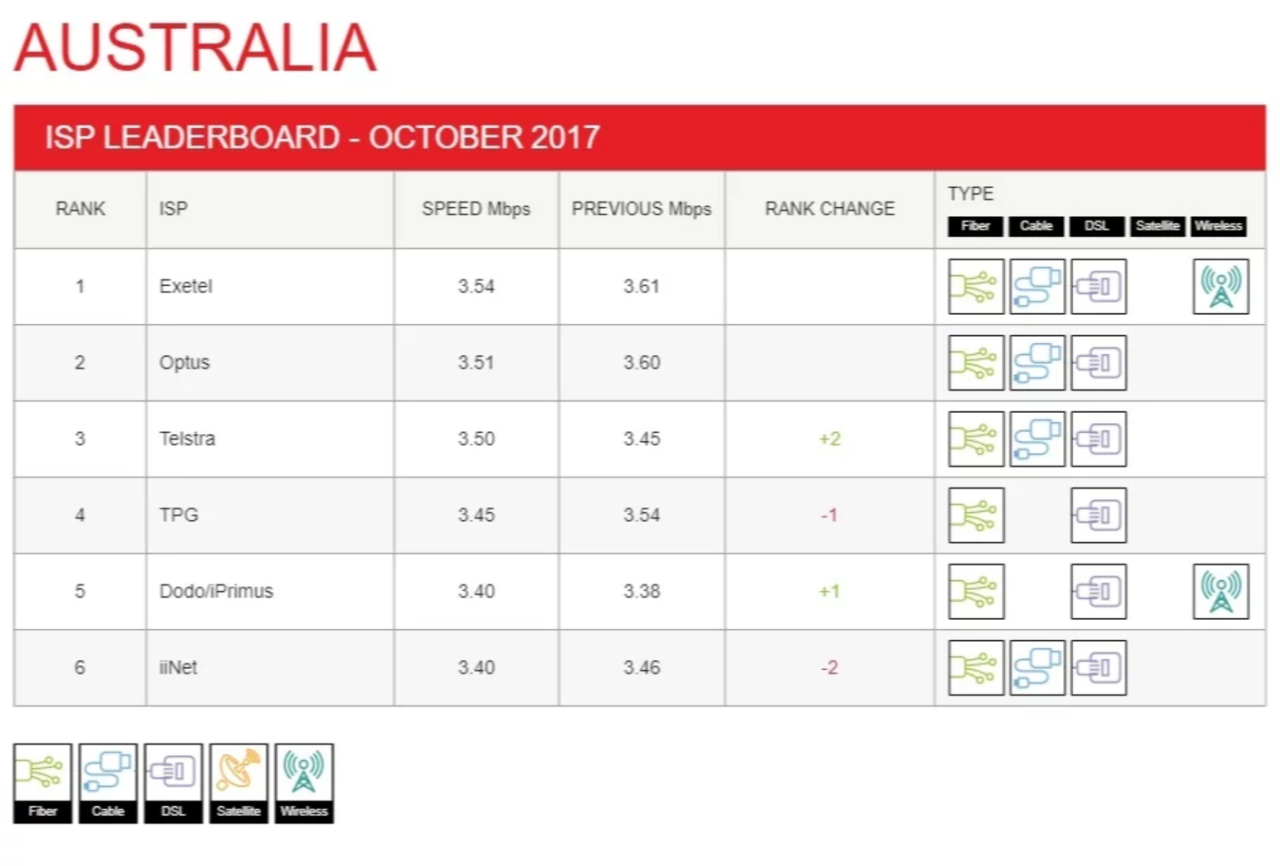 Business Insider contacted iiNet for comment but had not received a response at the time of writing.

Telstra — after having a historic September in which it lifted itself off bottom place for the first time — is now flying, climbing two spots to overtake TPG into third spot. Telstra’s market leading position as an NBN retailer could be having some impact as the national network accelerates into dense urban areas.

Despite the improvement, a Telstra spokesperson downplayed the results and questioned the validity of Netflix’s measurements.

“Netflix provides an average video streaming speed snapshot, which is not an actual measure of line speed nor adjusted for the definition of the content being watched. The index cannot provide a valid comparison between ISPs, who have a vastly different mix of technologies and geographic ADSL footprints,” said the spokesperson. 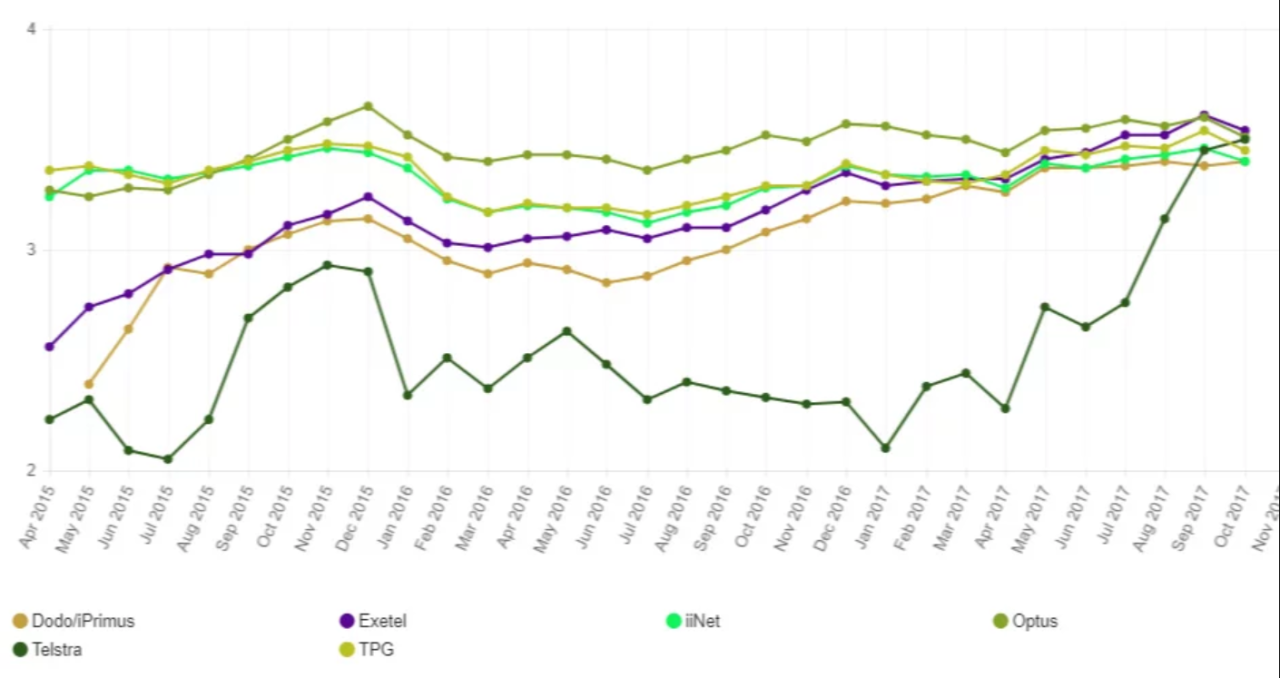 As a telco that covers the biggest population of all the providers and some very remote areas, Telstra always suffered – perhaps unfairly — in Netflix’s rankings. It had held the wooden spoon in every survey since Netflix started tracking Australian providers in April 2015 up until August this year.

“Our extensive network area services some 3.9 million customers over approximately 2800 exchanges, well beyond the area and number of ADSL equipped exchanges served by the ISPs in the comparison,” the Telstra spokesperson said.

Independent broadband provider Exetel has held onto the lead in October, following its ascension last month over Optus, which had held the top spot for two years before that.