Deal With The Real World, Not The Ideal World

Welcome back to Mid-Week Meditations, Lifehacker’s weekly dip into the pool of stoic wisdom, and how you can use its waters to reflect on and improve your life. I’m filling in for Patrick Allan, and because it’s Evil Week, I’m taking a break from the ancient Stoics and consulting Renaissance philosopher Niccolò Machiavelli.

It’s Evil Week at Lifehacker, which means we’re looking into less-than-seemly methods for getting things done. We like to think we’re shedding light on these tactics as a way to help you do the opposite, but if you are, in fact, evil, you might find this week unironically helpful. That’s up to you. 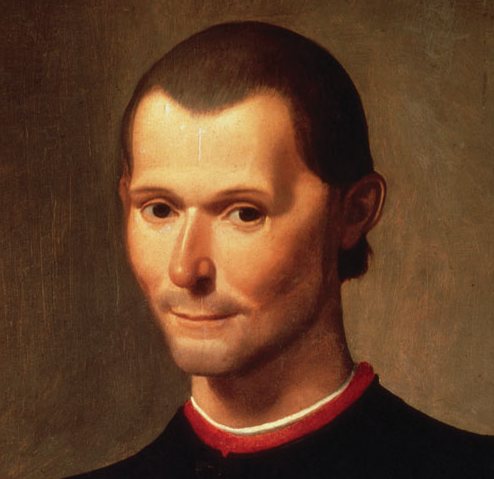 He who neglects what is done for what ought to be done, sooner effects his ruin than his preservation. Niccolò Machiavelli, The Prince

In The Prince, Machiavelli promotes a ruthlessly pragmatic approach to wielding and maintaining power, defending seemingly immoral behaviour because it promotes the greater good of the nation – if you accept that what’s good for the prince is good for the nation. The passage above, dropped in the middle of the book, forms the basis for all of Machiavelli’s more famous lessons.

Take his most famous line, “It is better to be feared than loved.” Why would anyone want to be feared? In a perfect world, love would be enough, and everyone would treat each other well out of the goodness of their hearts. But in the real world, people exploit others unless they fear some negative consequence. Fear is a major deterrent against most antisocial acts, from murder all the way down to bad manners.

More generally, Machiavelli says, while it’s nice to think you could be purely selfless, you’d just get exploited by everyone who isn’t selfless, and you’d be ruined. And so would everyone who relies on you. If you want to have a good life and take care of others, he argues, you have to stand up for yourself. Sometimes you have to get ruthless.

What to Take From It

Scholars wildly disagree whether Machiavelli was totally serious, satirising the monarchy, sabotaging it, or even trying to foment discord among the oppressed by laying bare the amoral behaviour of their rulers. But his advice still rings true as a defence of realism over idealism. If you want to get ahead in the real world, you have to pay attention to the world as it is, not as you wish it were.

Say you’re looking for a job. You might wish that all jobs were handed to the best possible candidate, and trust your résumé to prove your worth. But in the real world, a hiring manager might not even read your résumé unless someone puts in a word for you. You could get mad and scream about the injustice, or you could find a friend of a friend to get you into the interview. Which do you think is more likely to get you the job?

This doesn’t mean that screaming about injustice never works. Most workers’ rights only became law after unions and activists fought for them. They didn’t expect their bosses to roll over and offer these rights out of the goodness of their hearts; they banded together and refused to work until their employers couldn’t afford not to meet their demands, and politicians couldn’t afford not to support them.

Accepting the crappy world you live in can be exhausting and demoralising. But blithely expecting things to work the way you want, just because they ought to, is even more exhausting. Because most things about the world don’t work the way they should, and you only have enough time on this earth to change some of them. All you can do is find the balance that lets you get ahead, without giving up hope that the world could be better.