How To Make A Hot And Cheesy Pierogi Casserole

Hello, and welcome to Will It Casserole?, the column where I take delicious concepts and re-imagine them as delicious layered creations. I’m very excited to share this week’s project with you, which is so tasty it almost hurts.

So first, let me level with you: A Waffle House casserole actually received the most votes, but after this and this, I was a little hash-browned out. (I know, I didn’t think that was possible either.) So instead of making a casserole with shredded potatoes, I made one with mashed potatoes, and I’m not even a little bit sorry.

My mom makes an awesome pierogi casserole with lasagna noodles. Very quick and simple hack for when you have a pierogi craving.

Caramelize a ton of onions, make some mashed potatoes. I suppose you could use instant potatoes if you really want a simple hack. Par-cook lasagna noodles, then put multiples layers of the noodles, potatoes, onions, and of course some kind of simple cheese in a casserole dish as you would with lasagna. You could get fancy and add some fresh herbs. Top with the cheese to get that awesome bubbly, crunchiness that comes with a good lasagna. Bake 20-30 min, serve with a horseradish sauce or sour cream, or just dig in straight up.

Using JessMariano’s comment as inspiration, I gathered the following to make my pierogi casserole:

First, I turned my attention to the potatoes. You can make your mashed potatoes however you like, but I chose to employ a pressure cooker. I peeled and chopped the potatoes into chunks, them placed them down in the pot on top of a trivet, with about an 2.5cm of water. Then, using the manual setting, I cooked them for seven minute on high. While that was happening, I got the bacon cooking in a big stainless steel pan.

Once the cooking time had elapsed, I released the pressure manually using the release valve. While the taters were blowing off some steam, I heated the milk in the microwave until it was hot, but not boiling. I then removed the potatoes from the pot, dumped out the water, and returned them to the pot, along with the hot milk and butter. I seasoned them with salt and pepper and beat the heck out of them with a wooden spoon until they were smooth and fluffy. 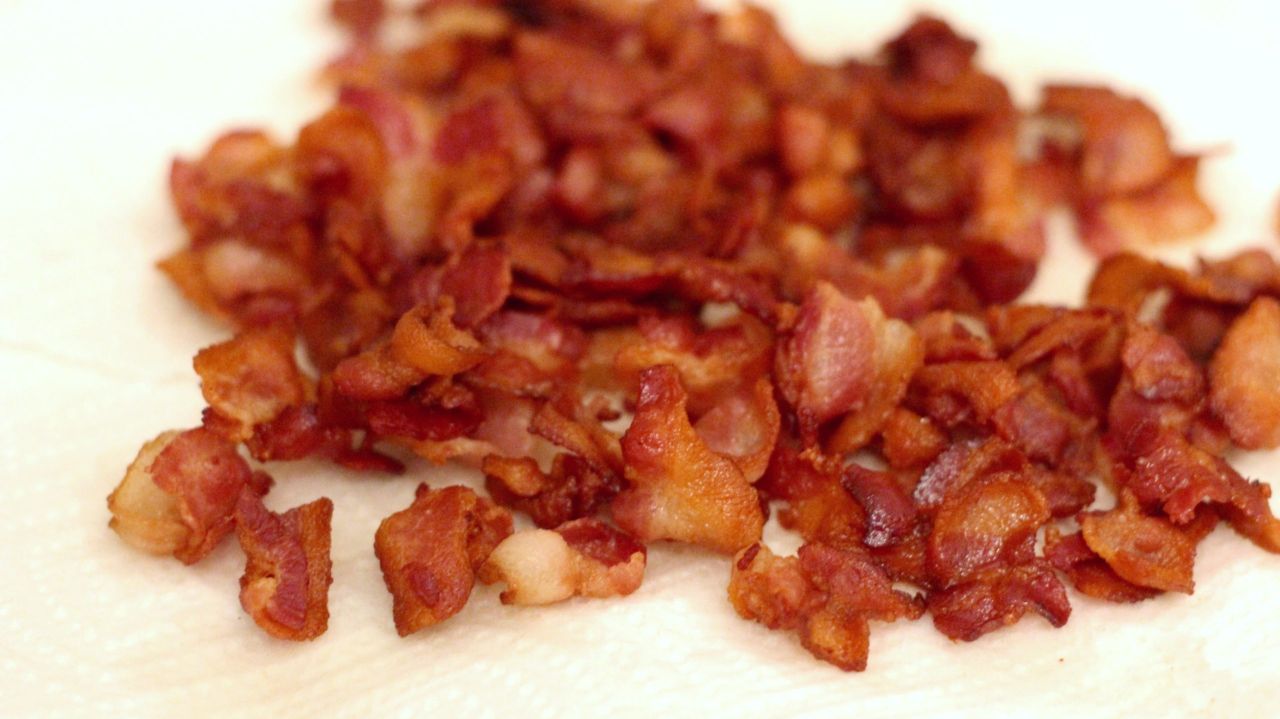 It was just around that time that the bacon crisped up, so I transferred the crunchy little bits of pork to some paper towels and then — because I am very smart and good — I dumped the sliced onions in the bacon grease, and let them hang out until they were nice and caramelised. 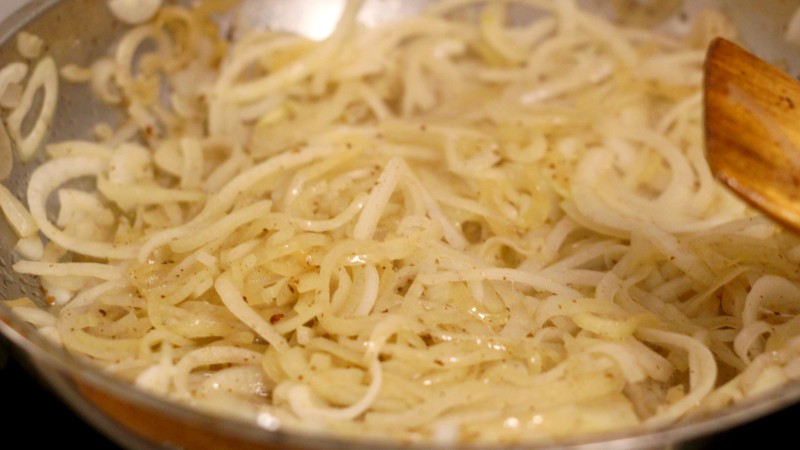 Once the onions were done, I set them aside and deglazed the pan with half a cup of white wine. I let that reduce down by about half, and added a block of cream cheese, and pushed that around in the pan until I had what was basically a wine and cream cheese sauce. I cursed myself for not making such a concoction before, then scooped it out of the pan and set it aside. (In retrospect, I should have added prepared horseradish to this beautiful pile of creamy glop, so learn from my mistakes and add a tablespoon or two.)

Finally, I turned my attention to the lasagna noodles. I submerged each one in a pot of boiling, salted water for four minutes, then transferred them to an ice bath to stop the cooking. Then I was ready to layer. 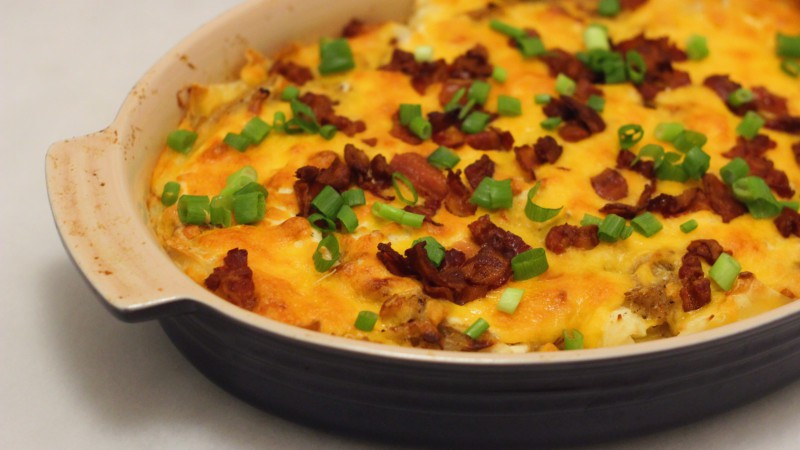 I constructed my cheesy masterpiece, starting with a layer of mashed potatoes and continuing with onions, five noodles, the cream cheese mixture, shredded cheddar and bacon and then repeating it all over again. That went into a 190C oven for 20 minutes, with an extra five minutes of broiling to get that crunchy, bubbly topping. I topped the glorious pile of cheese and carbs with diced green onion, and ate myself into a state of stupor. It was filling, cheesy, delicious, and just a bit deadly. You could, as JessMariano suggests, serve it with some sour cream, but you really don’t need to. I would, however suggest a glass of water, or maybe a green salad, but that’s only because I feel obligated to do so.