The Cheapest Way To Buy The iPhone 8 In Australia

The Apple iPhone 8 and 8 Plus have dropped and, although they look very similar to their immediate predecessors, we’re digging the incremental improvements. If you’re looking to get onboard with Apple’s latest, then you’re going to have to open that wallet up – unless you’re looking at some of the no-contract options.

Here’s how much you can save by buying the iPhone 8 outright and choosing the right prepaid plan.

If you’re looking for comprehensive guides to all the available iPhone 8 contract plans then you’re probably better off looking at our huge round-up from all of Australia’s major telcos.

Most people would rather sign up on a contract than shell out the upfront cost to get the iPhone 8 outright — among other purported benefits, you also receive a “subsidy” over the life of the contract, and a fixed amount of call, text and data during that time. But that doesn’t mean you’ll necessarily pay less over the life of the phone.

To work out whether going on a contract makes sense, we’ve compared the costs of various no-contract plans over a 24-month period and the outright cost of both the iPhone 8 and iPhone 8 Plus, with the equivalent contract plans on the same network.

For those with an affinity with Chinese numerology, this is definitely the year for a new smartphone. Between the iPhone 8, Samsung Galaxy S8 and Galaxy Note8, there has never been a luckier line-up of smartphone to choose from.

For the sake of this comparison we’ve only included plans with greater than 5GB of data. Most prepaid plans will have cheaper options with less data that may be applicable to the way you use your mobile, but I’d think that if you’re going to buy a Note 8 – you’re likely going to want a hefty data cap to go with it.

The plans we’ve included in this roundup are either pre-paid or month-to-month contracts that can be cancelled at any time. For Optus, we’ve included Amaysim, Jeenee and OVO. For Telstra, we’ve included Aldi Mobile and Boost. For Vodafone, we’ve also looked at Kogan Mobile.

Every one of these plans includes unlimited texting and calls. We’ve calculated how much it would cost to stay on this plan for 24 months — adding that figure to the outright buy price for the Note 8 handset will then inform our comparisons with the contract plans.

We’ve calculated the total cost for each prepaid plan over 24 months by adding the outright buy price from Apple. You’ll potentially be able to pick up the phones for less through non-Apple providers or at places where you can negotiate a better deal, but using the Apple recommended retail price provides a worst-case comparison.

We’ve then compared that total cost on the nearest data-equivalent contract plan.

Take note: We didn’t just look at the month-to-month cost without looking at the days to expiry for each specific plan. Some month-to-month plans offer 28 days, some offer 30 days and some offer 35 days to use the available data and calls. That extra few days can also contribute to significant savings too.

We’ve taken a look at the standard iPhone 8 first and included the best deals on the iPhone 8 Plus below. 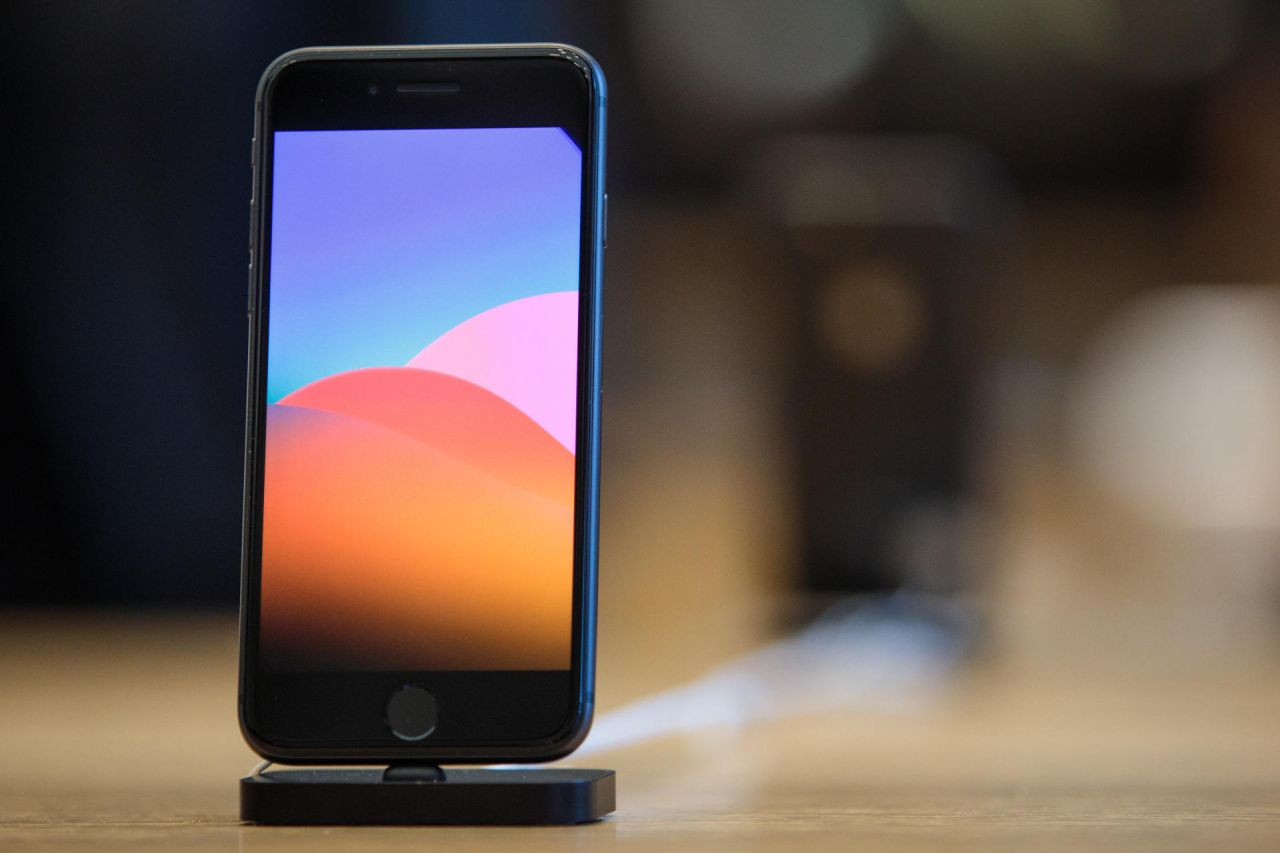 We’ve compared Optus’ 7GB plan which comes in at $90 a month for the handset plus calls and data. Currently, Optus are offering 9GB extra data with this package. Even if you look at Optus’ prepaid option, you’re saving almost $40 if you decide to buy outright and stay with Optus for the 64GB model. However, it’s not worth jumping into Optus or Amaysim’s prepaid options if you’re looking at the 256GB model.

Jeenee’s and OVO’s offerings save you over $200 over the 24 months if you’re willing to pay for the phone upfront. The benefit of these deals is that they also offer more data – 10.5GB and 8GB respectively – if you don’t take Optus’ current bonus offer into account.

These savings carry over to the 256GB model too, though you’re only saving around $180 in that case.

Apple's new iPhones are now available on pre-sale from most Australian telcos. Here are the full range of plans for Optus customers.

Telstra’s contracted iPhone 8 plan comes with 20GB of data (12GB plus a bonus 8GB) and access to Foxtel Now for 12 months. It is one of the priciest plans you’ll find but that’s Telstra’s thing and they do offer extensive network coverage across Australia. I wouldn’t be looking at Telstra’s prepaid option here, but Boost and ALDI give healthy savings.

If you can set aside the huge discrepancy in data, it’s really worth looking at ALDI mobiles option, which will save you $450 over the 24 months, but that’s only looking at 8GB of data – if you’re looking at the 12GB of data, you’re still saving well over $200. This applies to both the 64GB and 256GB models.

Apple's new iPhones are now available on pre-sale from most Australian telcos. Here are the full range of plans for Telstra customers.

Vodafone are offering a great price on their post-paid plans and, like Telstra, are looking at 12GB of data. We’ve tried to compare the closet prepaid data packages and both Vodafone and Kogan are offering healthy savings on their prepaid no-contract plans.

If you can look past the small reductions in data limits between post- and prepaid plans, then it’s well worth jumping at Vodafone or Kogan’s options. These savings are available on both 64GB and 256GB models.

Read more
” excerpt=”Apple’s new iPhones go on pre-sale today from most Australian telcos. Here are the full range of plans for Virgin customers.”] 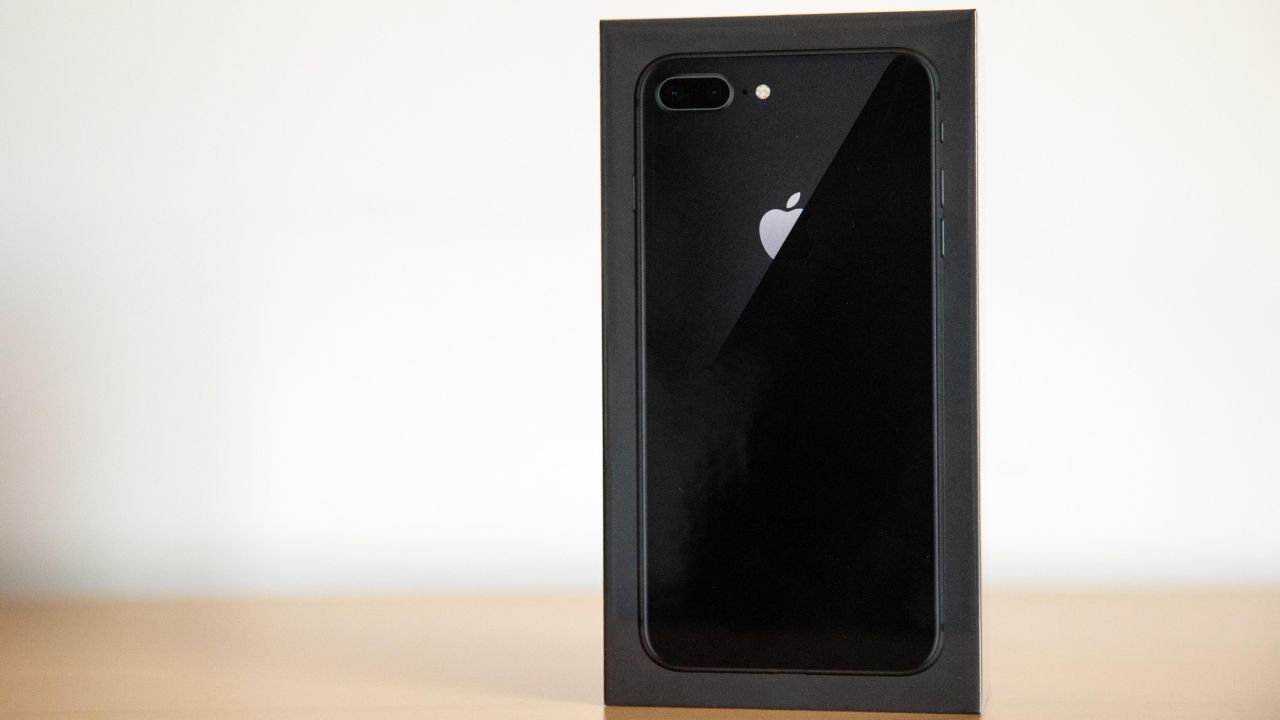 We’ve compared prepaid contracts with Optus’ 7GB plan which comes in at $95 a month for the handset plus calls and data. If you compare that to the similar deal for the iPhone 8, you’re only paying an extra $5 for the handset if you like the idea of the Plus’ added benefits.

For the 64GB model, you’re clocking up some impressive savings once again with Jeenee and OVO, but Optus and Amaysim haven’t come to the party at all. On the other hand, if you look at the 256GB model, you’ll save money if you go with an Optus plan over prepaid, but Jeenee and OVO are about $150 cheaper.

We’ve looked at the same Telstra plan as with the iPhone 8, which comes in at $107 for the 64GB model and $119 for the 256GB model and gives you 20GB of data per month plus 12 months subscription to Foxtel Now.

The winner on the Telstra network is Aldi, which will save you upwards of $500 over 24 months. Again, if you go for this deal, you’re looking at 8GB data instead of the mammoth Telstra 20GB. Unfortunately for Telstra postpaid plans there’s no real middle ground – you either get 5GB or you get 20GB, so comparing Aldi’s 8GB is fair. Even if you were looking at Telstra’s 5GB deal ($99 a month), then Aldi mobile is still saving you around $300. Great buy.

We’ve again gone with Vodafone’s $50 Red Data Plan to compare to here, which comes with 12GB data (and is currently offering an extra 2GB at time of writing).

Vodafone’s prepaid option is a great way to go if you’re looking at being on the Vodafone network and are willing to buy your Plus outright. With a saving of around $360, it is by far the best prepaid offering of any major telco provider and comes with 9GB of data.

Kogan is worth looking at too, because as we mentioned above, new customers will only pay $4.90 for any of their prepaid plans, including the one we’ve compared to below.