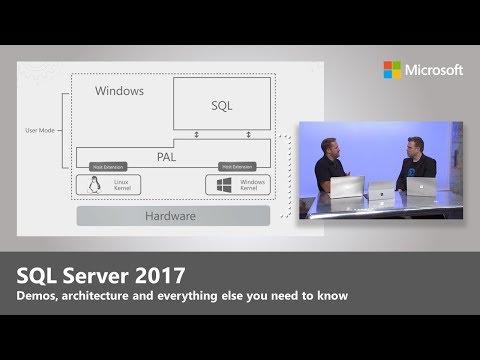 Last week, during Microsoft’s annual Ignite shindig, the company unveiled the latest version of their database platform SQL Server. SQL Server 2017 adds a bunch of new features as well as performance and compatibility tweaks so that the Windows and Linux versions are more alike than ever before. And, the new platform is also available on AWS’ EC2.

There’s a video covering all the new changes as well as a detailed article at TechNet.

Amazon has quickly added support for SQL Server 2017, supporting it on EC2 in all their regions. They can be launched these from the AWS Management Console or through AWS Marketplace.

It’s hard to believe this is the same Microsoft run by Bill Gates and then Steve Ballmer. The thought of Microsoft’s software running on non-Microsoft platforms was inconceivable just a few years ago. But under Satya Nadella’s leadership, Microsoft has been transformed into a more open business that competes and cooperates with its rivals.

Who knows? Perhaps we will still be running a version of Windows in the 22nd century.