How Not To Raise A Sexual Predator 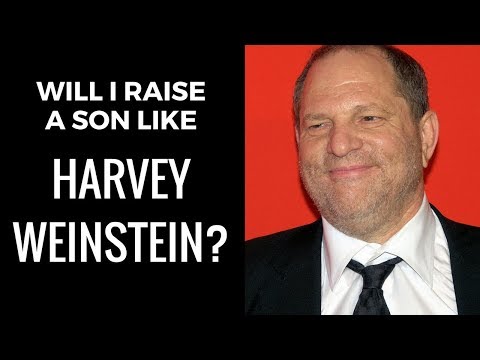 Upon hearing the news of abuse and sexual harassment by men in power like Harvey Weinstein (and Bill Cosby and Donald Trump and all those who still go unnamed), it’s becoming common to respond with a sort of resigned outrage. A couple of days ago, Mayim Bialik penned a piece in her online community GrokNation about how she wasn’t surprised to hear of the Weinstein allegations, writing, “It is my assumption, sadly, that this is just what happens all of the time.” This is what power and patriarchy look like, she says, and it sucks.

But Bialik was pressed by her friends, who perhaps thought her views kind of looked like complacency. One friend, GrokNation editor Avital Norman Nathman, asked her a question that shocked her. It was: “Will your boys be like this?” She was asking Bialik if she herself is raising her two sons to become men whom girls and women will fear.

Bialik had to think deeply about it, but she concludes that no, her boys will not likely become predators like Weinstein. In this video, she explains why, and what parents can do to raise their kids differently, too.

You can’t singlehandedly end patriarchy or rape culture, but you can help change the rules of the culture, one conversation with your kid at a time. As Bialik explains, “It is not your responsibility to complete the work, but neither is it for you to ignore it.”