Schools Should Start Later When Teen Brains Are Ready To Learn

There’s a reason teens are nodding off in class, and it’s not just that last lecture on polynomials. They’re sleepy. And a reason why they’re sleepy is that school starts too damn early.

For years, people have pushed for later school start times for middle and high school students, who’ve been dragging their bodies into the school ground as early as 7am. In short, school schedules aren’t synchronised to adolescent biology.

While most little kids are early risers by nature, a shift occurs in the sleep-wake cycle at puberty, and most teens get their best sleep between 11pm and 8am. So when a student has to wake up at 6am to catch the bus, that’s a loss of two or more hours of unrecoverable sleep each day. As one study put it, “a 7am alarm call for older adolescents is the equivalent of a 4:30am start for a teacher in their 50s.”

That, of course, can lead to problems associated with inefficient sleep, including depression, obesity, migraines, and a weakened immune system. Teens who don’t get enough sleep are also more likely to be involved in car accidents and engage in risky behaviours such as smoking, drinking and drug abuse. 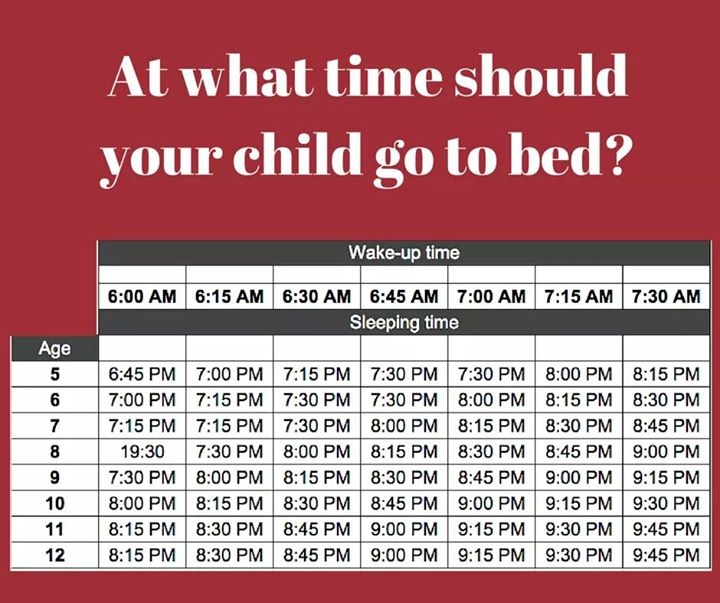 When Your Child Should Go To Bed, Based On Age And Wake-up Time

It's one of the biggest parenting challenges. getting your kids to go to sleep, but it's so important for their developing brains and bodies. Sleep recommendations vary by age, so here's a handy reference chart.

Of course, there are hurdles to cross — some are worried that later start times would leave little time for extracurriculars, or that the shift would make parents late to work. In the US, advocacy group Start School Later has responses to just about any concern you can think of.

Parents should do their part, too, by enforcing screen time limits and helping their kids get better sleep.