Same Sex Marriage Vote: How To Get Your Democracy Sausage

There are few things more Australian than the democracy sausage. Snagging a snag while exercising your right to vote has become one of our nation’s most beloved traditions. Unfortunately, there will be no democracy sausage during this week’s same sex marriage survey. Only compulsory elections and referendums receive this honour. Boo!

With that said, there are still ways to procure a democracy sausage when you pop your vote into the post. Here are three viable options for your consideration.

For our non-Australian readers, a democracy sausage, also known as a “sausage sizzle”, is a beef sausage served in a slice of white bread with lashings of tomato sauce. They are popular snacks at fundraisers and election polling booths, hence the nickname “democracy sausage”.

100 Australian Words And Sayings Everyone Should Know

Every language has its own slang and phrases you should master to sound like a true native speaker. Australian English is no exception.

Because the Australian Marriage Law Postal Survey is being conducted entirely through the mail, there won’t be any official sausage stalls available when you vote. So try these ideas instead…

You probably have all the required ingredients in your fridge right now. All you need is a few beef sausages (the cheap home brand ones are more democratic), sliced white bread, onions (optional), margarine (optional) and tomato sauce. Split each sausage down the middle once it’s cooked, slap it into some bread and give it a squirt of sauce. Too easy!

There’s a recipe for you to follow in the video above. However, it controversially uses barbecue sauce. Tch. What’s next? Cats marrying dogs? (We kid – all sauces are welcome on Democracy Sausage Day!)

Use a PO box near a Bunnings Warehouse The Australian hardware chain Bunnings Warehouse runs a sausage sizzle outside its stores on weekends. Simply drop your same-sex marriage survey off at the nearest post office box and then pick up your Bunnings-approved democracy sausage on the way home.

Deliver some to a LGBT friend 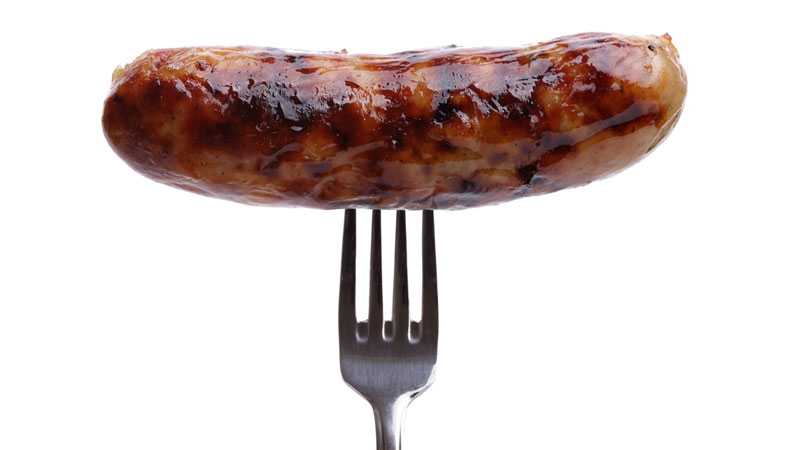 Is serving democracy sausages to your LGBT mates patronising? Possibly. Then again, a free sausage is a free sausage! Bring over a bunch of snags, get them to fire up their barbecue and make a day of it.

Read more
” excerpt=”Starting in September, Australians will have the opportunity to vote on the issue of same-sex marriage in Australia via a postal survey. There’s a lot of information to take in and not all of the language is easy to understand. We’ve collated everything we know about the survey right here.”]