Oracle has laid off much of its Solaris team, signalling the end of life for the once revered operating system. After coming to life in the early 1990s and then being acquired by Oracle in 2010, the operating system hasn’t been updated for a couple of years, signalling its decline.

Last month, John Fowler, an oracle VP for systems who came from Sun, the original developers of Solaris, left Oracle suddenly. It’s now been revealed that the company has let the rest of the Solaris team go as Solaris slowly fades to black. 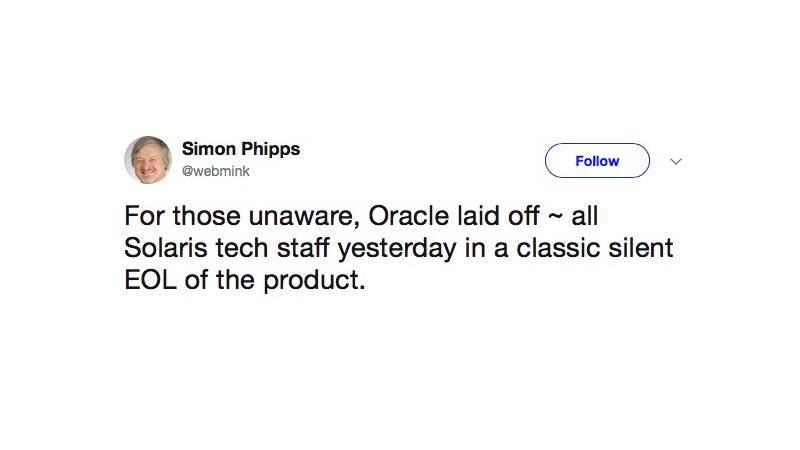 The last major version release came about five years ago, when Solaris 11 was released. But three point releases later, it hasn’t seen any serious love from Oracle who seem to be firmly committed to their strategy of developing a cloud platform to rival AWS and Microsoft Azure.

It’s not a big surprise but I’m sure there will be a few more experienced IT folks out there lamenting the demise of yet another major part of computing history.