IOS: Here’s How To Share Spotify Songs Without Leaving IMessage

Image credit: James Baker Spotify’s latest update adds iMessage support, making it easier to share tracks with your friends during text conversations. Best of all, both sender and receiver can play the shared tracks without opening the app itself — at least until you want to listen to the whole song.

You might be accustomed to sharing Spotify tracks while you’re in the music app and sending it to someone through iMessage. Unfortunately, the person on the receiving end then had to exit iMessage, open Spotify, listen to the track, and pop back into iMessage to deliver their scathing critique of all songs electroclash. Now, thanks to Spotify’s new keyboard app, they can listen to a preview of the song right there in iMessage.

To take advantage of this more fluid song-sharing feature, you’ll need to have the Spotify app installed (and updated), of course. You can access the new iMessage keyboard by tapping the arrow icon next to your text field, selecting App Store icon, and swiping to the right until you hit Spotify. 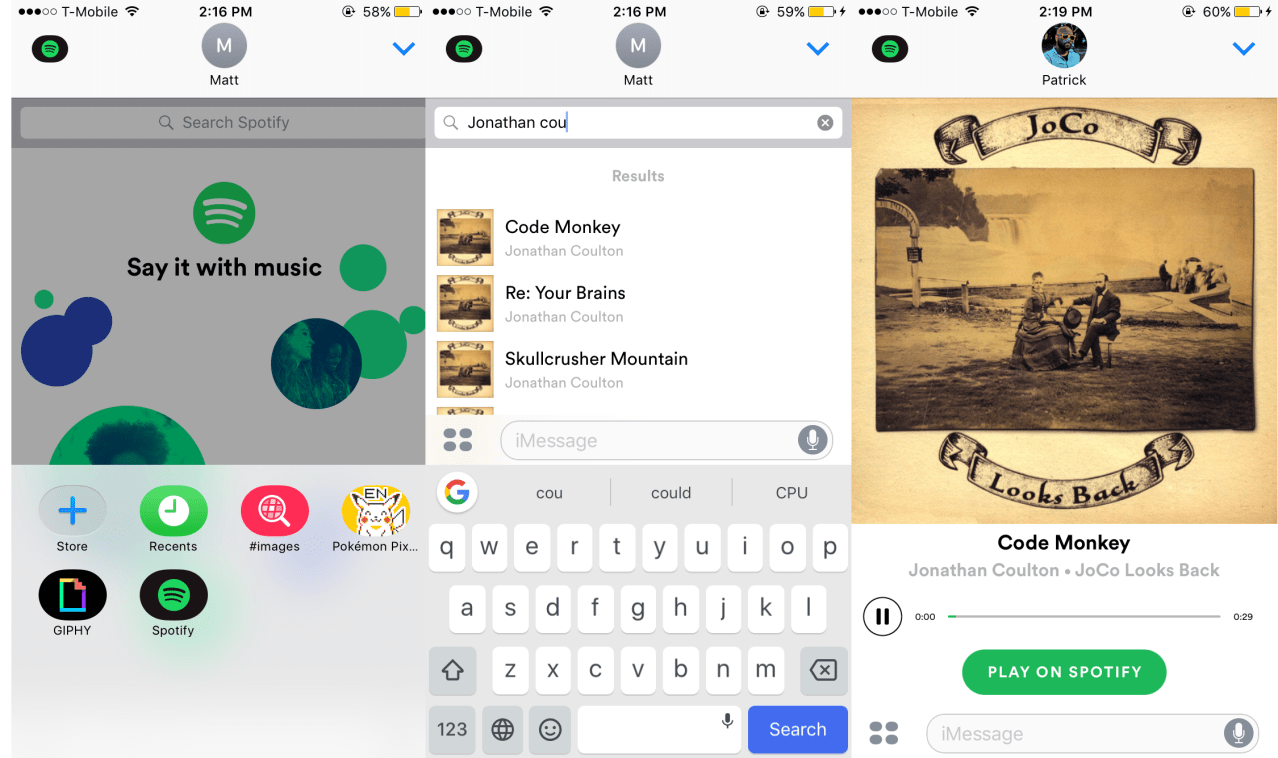 While similar in functionality to Apple Music’s song-sharing iMessage keyboard, Apple Music only lets you share tracks based on your recent listening history, whereas Spotify lets you pick a song from its entire catalogue without ditching your conversation. You can send 30-second track previews, along with album and artist information. Spotify subscribers have the option to play the entire track with a tap.

Sure, it’s not the entire track, but 30 seconds of a tune is just enough music to get an opinion out of me, and if I like the song I’ll just save it to my Spotify app after declaring it my new jam.