On September 22 the Galaxy Note 8 arrives in Australia, (hopefully) explosion-free and packed full of ingenious new features that look to make the device a productivity powerhouse. Although the iPhone 8 is scheduled to drop soon, the Note 8 showcases a few features that users of Apple’s flagship devices don’t have (yet?). Here are five of the best of them.

Turn Your Phone Into A PC With DeX

DeX is a mobile dock that allows you to connect your Samsung device to a keyboard, mouse and monitor which means you can get a PC-like experience through your phone. While this isn’t specific to the Note 8 (the Galaxy S8 and S8+ can both also utilise DeX), the increased processing power and memory that comes built-in to the newest Note really allows DeX to truly shine. There are just some things you can’t do easily with your thumb or an S-Pen and DeX provides a good solution to those woes. Will Apple counter with the iPhone and allow you to use it coupled with a Macbook or iMac? We’re yet to see it.

Take Two Photos At Once

The Note 8 is Samsung’s first phone to feature dual rear cameras and they’re, quite rightly, stirring up a lot of buzz. Comparing it to the iPhone 7 Plus’ dual rear cameras, they both offer 12MP sensors but the Note 8’s 1x zoom wide-angle and 2x zoom telephoto lens both include Optical Image Stabilisation (OIS), which means less blur on your photos and videos, whereas the iPhone 7 Plus only features OIS in the wide-angle lens. If you’re zooming in, the dual rear cameras on the Note 8 are going to give you much better photos, not just because of the OIS, but also because of their slight improvements to shutter speed. The Note 8 will also feature Dual Capture, allowing you to take two photos at once – one with the wide-angle lens and one with the telephoto lens – and then choose which of the two resulting photos you like better.

Samsung’s Note series use styluses. That’s the way things are. Of course, this a feature you can’t find on any current generation iPhone. In the Note 8, the S-Pen has been upgraded once again and a couple of its features are designed perfectly for the globetrotter. By hovering over text of another language, the Note 8 will automatically translate it to the device’s default language. For instance, if you’re looking at a menu online that’s in Spanish, simply hovering will translate to your native language. It also comes in handy when wandering the streets too – you can take a picture of a sign and then use the S-Pen to translate the text on that sign. Plus, there’s a built-in currency converter that works the exact same way – hover over a price and it will be converted to your device’s default currency. Pretty impressive and very handy for heavy travellers.

But the S-Pen can do even more! The internet is ruled by GIFs and Samsung want your phone to be, as well. That’s why the Note 8 allows you to draw on photos and messages using the S-Pen and send them to your friends and family as GIFs. You can pull out the S-Pen and draw over photos and when Campbell over at Gizmodo got hands-on with the Note 8, he said that it’s just a ‘fun’ addition. Of course, like the S8 before it, you can also use the Smart Select feature that allows you to record a portion of the screen and send that as a GIF, too.

With the Note 8, you can launch two apps at the same time via one convenient shortcut located in the edge menu. It’s one of those features that you immediately hear about and think ‘why hasn’t this existed earlier?’ but the Note 8 is the perfect device to fully utilise the feature – it’s huge screen and abundant RAM should make windowed apps run smoothly. There are so many times I’m working in two apps and jumping between the two on my current Samsung S7, like on the train when I’m trying to change the track playing while browsing the web, or when I’m in the car using Google Maps to navigate instead. It’s all about streamlining the user experience and increasing productivity, and though it absolutely seems like an obvious thing to implement in a phone these days, it’s definitely a welcome feature. 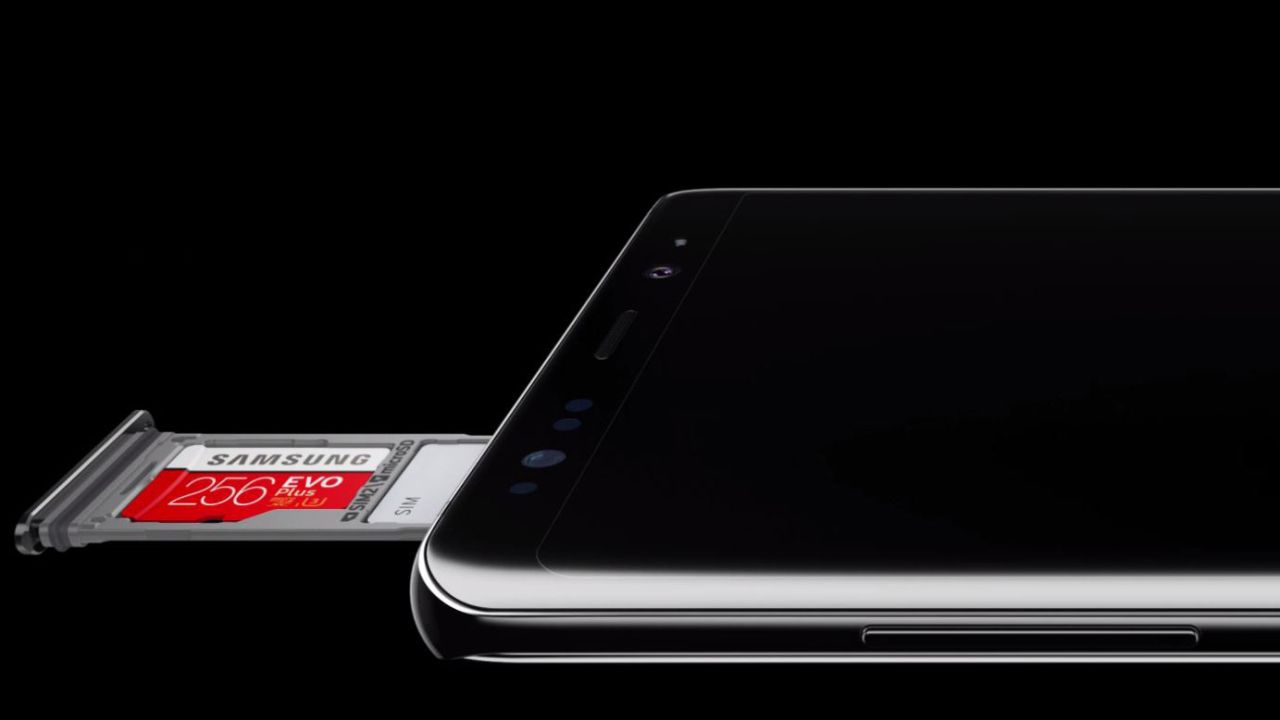 Yeah, this is a huge bonus on Samsung’s most recent phones. The ability to add in a microSD card, up to 256GB, should be in every phone in my honest opinion. It does mean that Samsung get away with shipping the Note 8 in Australia in just a respectable 64GB, but you can’t put a microSD card in an iPhone at all!