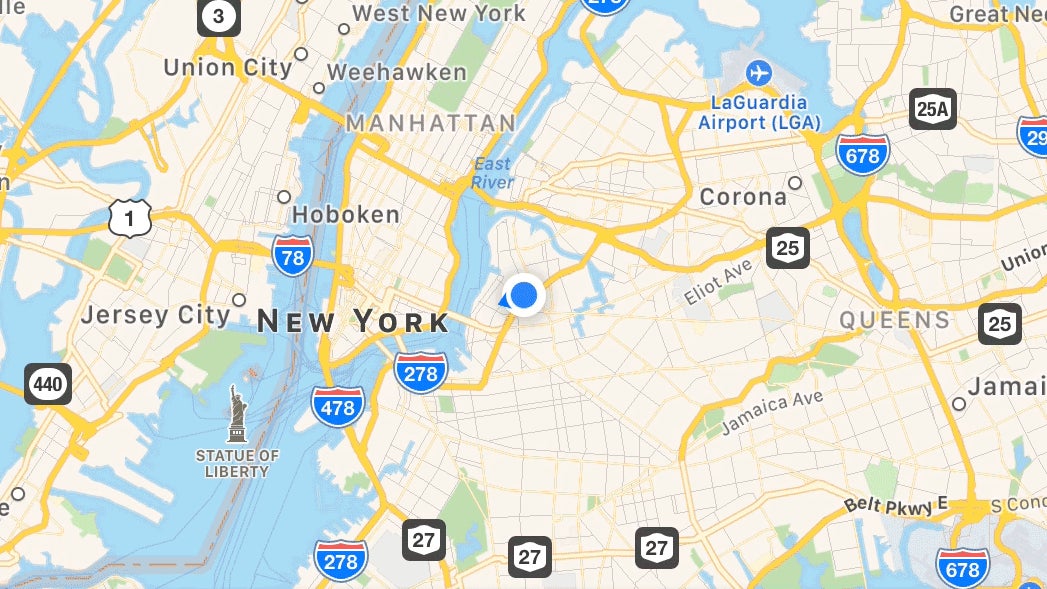 If you've ever considered sharing your every move with a significant other, you probably have an opinion about location-sharing apps. "This is great! I'll always know where they are!" is one opinion. "This is creepy! I'm not trying to stalk someone I could easily talk to instead!" is another. I'm of that second opinion.

It's not what you think. I don't shy away from always-on friend-tracking because I enjoy skirting off to odd parts of town, doing secret things. I'm just not a fan of the idea that we should turn our smartphones into GPS tracking beacons any more than we need to, especially when doing so makes me avoid talking to my loved ones. On the flip side of things, I'm also opposed to the alluring concept of stalking my friends, watching where they have been and where they're going. This is creepy, yes. It's also bad.

The location-sharing feature that lets us spy on our friends isn't necessarily something we asked for. It's something that big tech companies thrust upon us. It appeared thanks to newfangled capabilities in our smartphones and became a feature that some used to soothe their needs and anxieties. We don't know if tracking your loved ones' every move is a good thing. Not yet, because the future is still fresh. But I have my doubts.

Let me be clear. I celebrate the personal decisions that help you live your best life. I'm not here to criticise those. I am here to second guess location-sharing apps, fraught with privacy implications and untested interpretations of intimacy, as well as the implications they thrust upon our relationships. Keep that in mind as I invite you to disagree with me.

This week, GQ published a brief essay endorsing the idea of location sharing in relationships. The writer, a fan of tracking her significant other with Find My Friends, alludes to the app's creepy reputation in the first paragraph. Beca Grimm, writing for GQ, claims that watching her boyfriend in real time is convenient and even soothing. "We have nothing to hide and don't feel either party abuses the privilege," Grimm says.

One of Grimm's friends protests the idea of constant location sharing in a way that — in my opinion — highlights the awkward implications of the technology. Says friend Jason, "If two people need to keep tabs on one another like this, outside of genuine safety concerns, then maybe they should talk more and rely on technology less."

Talking more is a really great idea! We forge relationships and dedicate ourselves to each other so that we might build a connection that supersedes the notion of interaction as transaction. Becoming close with another person involves trust and understanding. Should that bond require a GPS beacon? I don't think so.

This new notion of location tracking leaves behind centuries worth of precedent that demands we simply communicate with one another. One human telling another human any detail about their goings on or whereabouts or mood is a valuable exchange. But look at this quote from the GQ essay:

For my relationship, location-sharing simply helps reduce boring-arse communication with my partner. When you feel a pocket buzz and see your beloved's name bubble appear, it's nice to retain hope the message may hold a saucy photo — or at the very least, a sweet note — as opposed to an ETA demand. It's nice.

But those boring bits are important. When I feel my pocket buzz, I just want to read what my beloved's gonna say. I don't need a saucy photo. I just want to imagine hearing their voice, compressed into the pixelated message bubble that I've come to understand as communication.

Would I rather open a map and watch that person slide across the Earth, hopefully shifting ever so slightly towards me? Not quite. There's only so much a blipping dot on a map can tell you. Unlike a GPS-powered beacon, a text message or a phone call can say, "I love you." It can say, "I'm angry that you're late." Or it might just say, "I'll be there soon." And sometimes, I just want to know those little details, that someone I care about will be here soon, that they're thinking of me along the way. I love to read them say these boring little things in a stupid little text on my computer phone.

These feelings don't come from an uninformed point of view. I've been in a relationship for over three years, and we actively decided not to use Find My Friends, for all the reasons listed above. We recently revisited this issue of surveilling our loved ones, when we got a puppy and debated whether or not we should install a camera in our apartment to keep track of her. So far, we've decided against it, and I believe the reasoning for that decision is not dissimilar from the reason why we've avoided Find My Friends.

It all comes down to trust and control. If you're going to leave a puppy alone in an apartment, you have to trust they're not going to get into trouble. Sure, we're talking about a dog here, but trusting the dog to behave is also trusting yourself not to be anxious about outcomes you can't control. And you can't control everything, as much as you might think you can. After all, having the ability to watch something happen doesn't mean you can stop it from happening. What you think you see on the puppy cam might also be different than what's actually happening in real life.

The idea of a smartphone app that turns my relationship into a PacMan game is hard for me to handle. To me, location-sharing apps like Find My Friends in romantic relationships amounts to embracing the Orwellian inevitability of smartphones. Yes, with GPS-enabled devices, we can see where anyone is at any given time. No, this innovation does not amount to progress in terms of how we interact with the people we love most. It actually seems rather destructive, since it discourages you from talking to your partner and potentially misleads you about their activity. Just because your smartphone can do this thing does not mean that your should use your smartphone for this purpose.

Like I said from the start, you should use Find My Friends if you think it makes you happy. Good luck with that. I'm firmly grounded in the idea of interacting with my friends and loved ones on a human level. That doesn't mean watching a dot roam around a map. It means talking to them and hearing what they have to say. Maybe I'm old fashioned for believing in the basics. Maybe I'm dull. I'm certainly not anxiously cradling my smartphone waiting to see where any given friend will go. That seems creepy as hell.