Three ‘Hidden Object’ Games You Can Finish In Two Hours 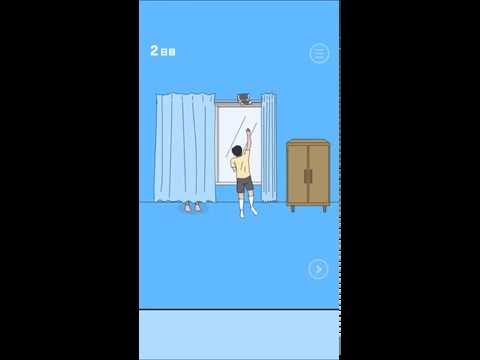 If you’re looking for a hidden object game on the App Store or Google Play, there are literally hundreds of different takes on the idea. The premise of these games is simple. You’re presented with a screen which you then tap to uncover hidden objects. They’re Where’s Wally? games for a generation brought up on tablets instead of books. Here are three brilliant ones you can finish in two hours.

I didn’t expect to be as wowed by Hidden Folks as I was when I first jumped into it on Steam (it’s also available on iOS). It’s a video game – yes – but it’s also an incredible piece of black-and-white hand drawn art come to life. Developed by Adriaan de Jongh and Sylvain Tegroeg, Hidden Folks tasks you with finding specific objects on wonderfully animated backdrops that make a completely monochrome game seem vibrant and alive.

The game’s 17 hand drawn areas aren’t necessarily easy to breeze through and it’s worth taking your time in each area to interact with each of the elements because the sounds they make are hilarious due to the fact de Jongh did the entire soundtrack using just his mouth. Crocodiles, cars, guitars, trees … every single element has a sound attached to it that elicits a chuckle.

Hidden Folks is an impressive game that you can finish in the space of an afternoon or dwell in, examining its various parts, for weeks on end.

You can grab it for iOS or Steam right now, and an Android version is currently in the works.

I’ve gone back to the vault for this one, but Time Geeks is notable because it’s also a great work of art like Hidden Folks. Unlike that game though, it utilises pixel art to produce its vibrant, confusing world. I say confusing because pixel art in particular has a way of playing tricks on your mind, with colours blending into one another and ultimately misleading you.

Time Geeks also wears it’s pop-culture-stained heart on its sleeve and it is full of references to TV shows, the internet and movies. You may be able to finish it quickly, but if you want to hang around in the pixelated madness, it includes nine simple to play mini-games and even an editor where you can build your own pixel art scenario. Once you’re done, you can move on to its sequel Time Geeks and Friends, which is just as entertaining.

Unfortunately, Time Geeks is only available on iOS, but for a poorer Android version you can grab Where’s My Geek.

Hidden my game by mom!

Hidden my game by mom! is from Japanese developers hap. Inc and is responsible for me looking at my phone in utter bewilderment every time I click on its icon. Like other hidden object games, you tap on the screen. The ‘story’, if you can call it that, is that you are trying to locate a small boy’s DS which, you can probably guess, was hidden by his mother. The game might initially feel like an elaborate troll designed by hap Inc. to frustrate you, but more often than not it leaves you giggling away at your screen like you’re watching a silly cat video.

Each puzzle uses the same backdrop – a minimal light blue panel (which is obstructed by an annoying banner ad) and different crudely-drawn elements placed on one or more screens. To get to the next level, you must tap on these various elements until you find the boy’s DS. Some times that means you have to find a ladder, tap on it so it goes into your inventory and then pull it out so the boy can climb it to retrieve his DS on top of the curtains. Failure occurs if you tap on the screen and find his mum first.

Let me give you an example.

Puzzle 17: In this puzzle there are two screens. On the first screen there is an empty dinner plate on the ground and a fridge against the wall. If you tap right, to the second screen, you notice the body of a giraffe that trails off the top of the screen. Tapping the screen does nothing. So you head back to the first screen and open the fridge. Inside is a carrot and an apple. You tap on the items and they become part of your inventory. You place one of them on the plate. Suddenly, a giraffe’s head descends onto the plate and on the back of its head? The DS.

The beauty of Hidden my game by mom! is just how utterly absurd it is. It’s a hidden objects game, but more comedic than confusing. It works.

You can get it on the App Store and Google Play.