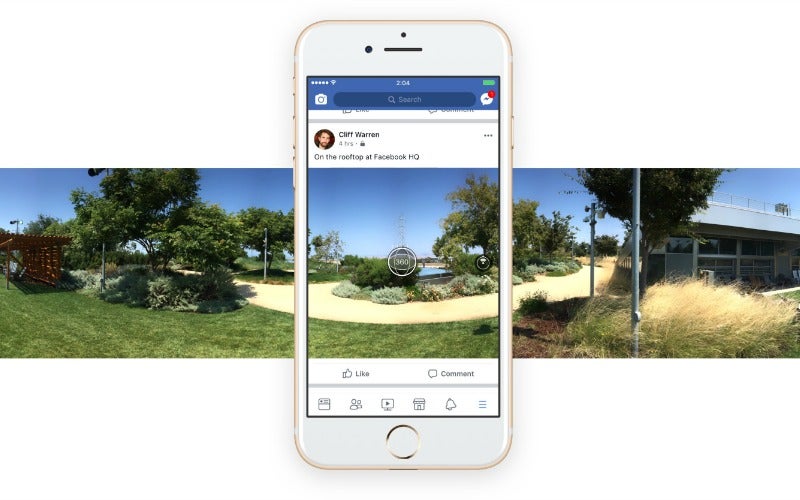 I'm obsessed with 360 pictures. I'm that obnoxious person that likes to show my friends a huge slideshow of pictures of my latest trip. Pictures can do an OK job of showing off a particular place, but 360-degree photos take on the task so much better. With a 360 photo, you can really show someone what it's like to stand in the middle of a massive garden in Paris, or on the rooftop balcony of a hotel in Singapore.

Facebook has been allowing me to upload pictures taken with my Gear 360 for a little over a year, and starting this week it added the ability for people who don't own a 360-degree camera to create their own 360 experiences within the app as well.

With the Gear 360, I simply upload a file to Facebook and it appears as a 360-degree image that people can explore using their mouse on their computer, or moving their phone around (or swiping with their finger) on mobile. Capturing an image within the Facebook app isn't quite as easy, but the finished product is fairly similar.

Within Facebook's app on iOS and Android, now you can take a series of images that will then be stitched together to form a single 360 image.

To make the magic happen, go to where you would typically post a status update on Facebook, scroll to the bottom of the list of options at the bottom of the page (it starts with Photo/Video and Go Live), and then select "360 Photo" from the list.

From there, a globe will appear, and you'll just have to spin around where you are to capture the entire area. Once you've completed the loop, Facebook will process your video and put it in your status message, photo gallery, or for the most part wherever else on the site you want to put it. You can also select where you want the image to "Start" (i.e. what your friends will see when they first come across the picture before they start interacting with it). 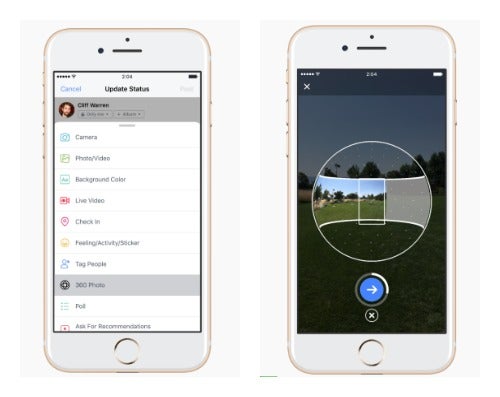 If you truly want to take 360 photos you'll still need a true 360 camera. Whereas images that I take with my camera include the entire scene, including the ceiling and floor, images taken within Facebook's app are essentially panoramic pics on steroids with just whatever was phone level when you captured the shot.

Still, if you really want to transport your friends to wherever you are, it can be a great alternative to just snapping a few standard shots from different angles.