Gnocchi, if you haven’t met them before now, are dumplings made from boiled potatoes, which are then formed into a dough of sorts, usually by adding flour and egg. Though more traditionally served as an appetizer, they have become a popular featured dish owing to their incredible versatility. Here’s a delicious homemade recipe suitable for the laziest of chefs.

You can find them fresh, vacuum packed, and even frozen — but you can’t beat homemade. Homemade gnocchi though, means ricing or milling a lot of boiled potatoes. Instead, I’m going to turn to an ingredient that many of you might not even be sure where to find at the supermarket: instant mashed potatoes.

These often maligned flakes make for an astonishingly easy shortcut because they’re already cooked, pressed and ready to go. Instead of worrying about tenderness and overcooked spuds, all you need to do is rehydrate them, and you’ve cut a solid 40 minutes from your prep time. Speaking of prep, let’s get to it!

Add the milk and butter to a small saucepan over low heat. When the butter has melted, add the potato flakes and stir to combine. You should have a dry, crumbly lump of mashed potatoes in your pan. Let it cool to room temperature. 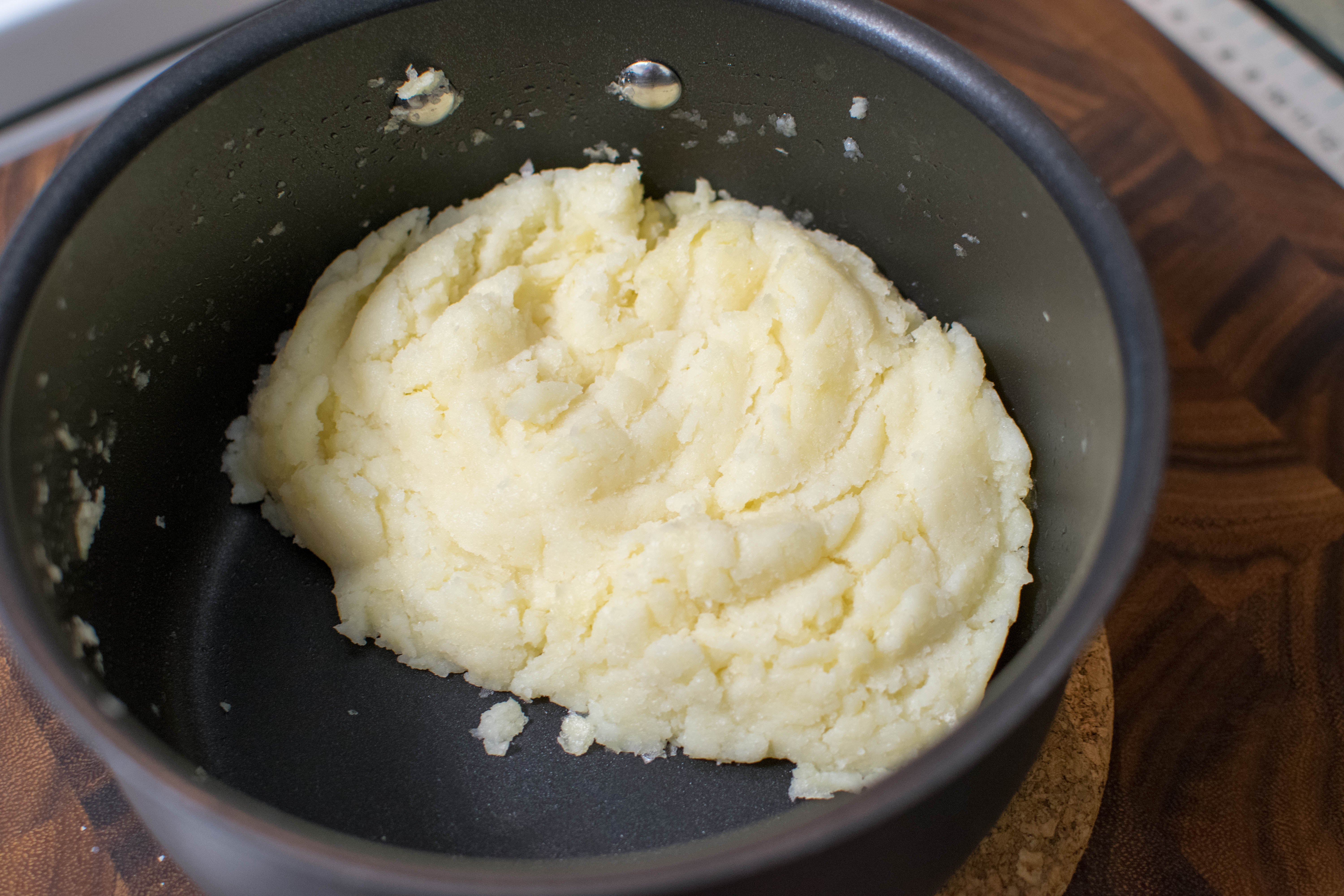 Turn it out on a silicone baking mat or wherever you like to knead dough. (Yes, you’ll need to knead here, but only a little.) Combine the potato and butter mixture with the egg and flour, and knead it until fully combined. If it’s sticky, dust it with a bit more flour. 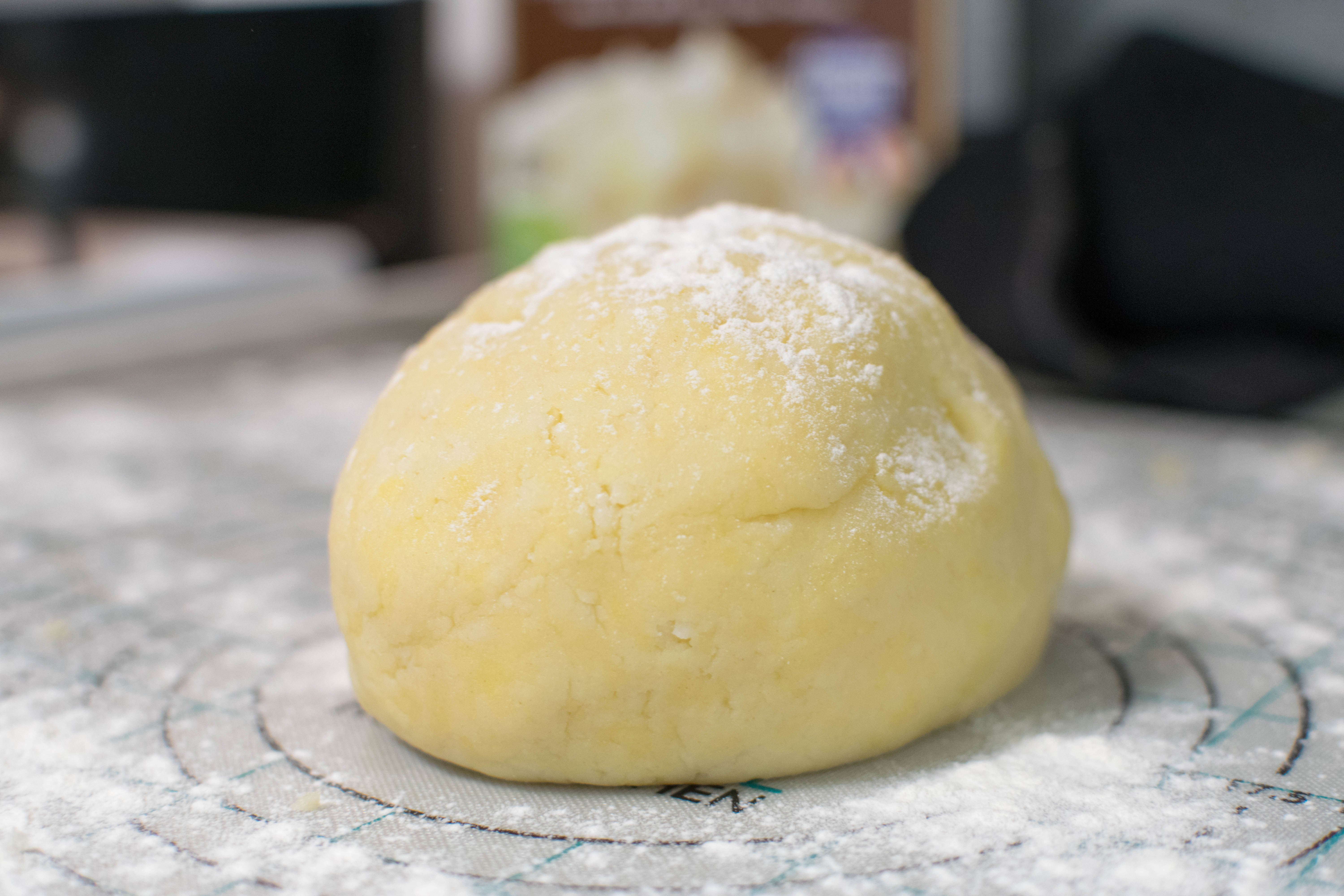 Unlike some potatoes, this holds up well.

Divide the dough into 4 equal sized portions, and get rolling. We’re after something resembling a rope, about ¾ inch thick. Cut the ropes into ¾ inch thick pieces and set them aside for now, because you need to grab a fork. 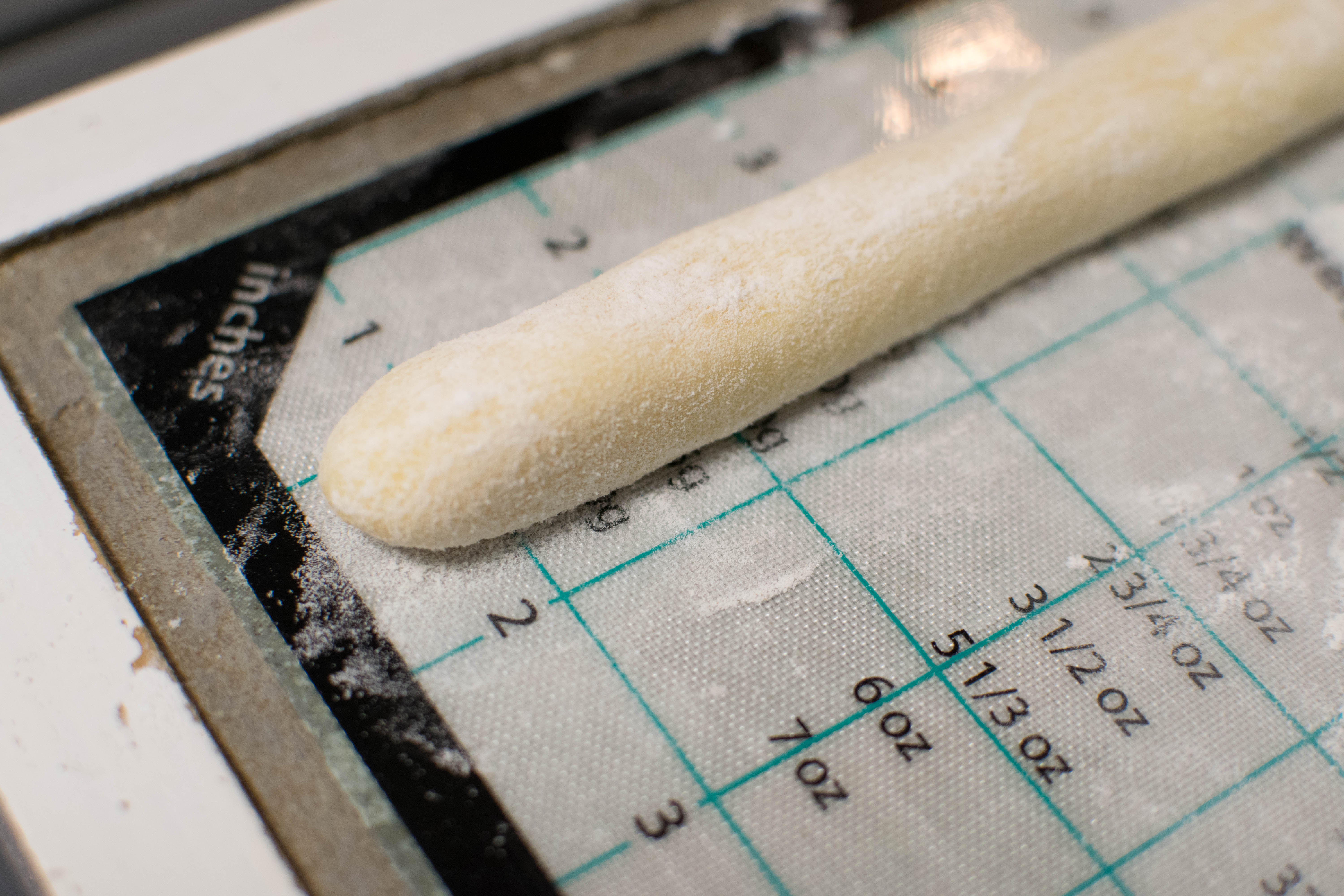 The signature look of gnocchi can be obtained with an inexpensive unitasker — the gnocchi board — but the tines of the common dinner fork work equally well. Press one of the dumplings with the side of your thumb and press it into the tines. The gnocchi will flatten out a bit, so you’ll need to roll it back into a sort of half moon shape. Here, just watch this.

Hooray! You’ve made gnocchi. You can freeze them at this point — wax paper on a sheet pan in the freezer, then bagged — and they will keep for about 6 months. Or, you could make a quick little sauce and bask in their delicious glory. While sage and butter variants are a classic gnocchi pairing, I don’t know that anything can beat a good, quick tomato sauce.

Preheat your oven to 250 degrees Celsius, and move a rack to the upper-middle position.

Fill and bring a medium saucepan to a boil, and, working in small batches, add the gnocchi to salted, boiling water. They will finish quickly, so don’t plan on going anywhere. In about 2 minutes you’ll see them floating at the top of the pan, go ahead and fish them out. Remove to a collander to drain.

Add 2 tablespoons of the olive oil to a 30cm oven safe pan over medium high heat until shimmering. Toast the gnocchi until golden on all sides, and remove them to a paper towel lined plate.

Add the remaining tablespoon of olive oil to the skillet, and cook the onion over medium heat until translucent. Toss the garlic and red pepper flake into the pan and cook until fragrant, about 30 seconds. Stir in the tomatoes and water and simmer until thickened, 3 to 5 minutes. Once it starts to resemble a sauce, add the basil and gnocchi to the pan. Stir to coat the gnocchi, and cook until tender – another 3 to 5 minutes. Remove your luscious potato dumplings from the heat and sprinkle the cheese over everything. Place the pan in the oven and cook until the cheese is melted, 5 to 8 minutes. Any pasta or dumpling is, at its core, a sauce delivery system, and these are no exception. In testing this recipe out, I ate almost the entirety of the first batch on it’s own. I don’t think I need to explain any further why toasted, buttery mashed potato dumplings make a wonderful rainy day food. 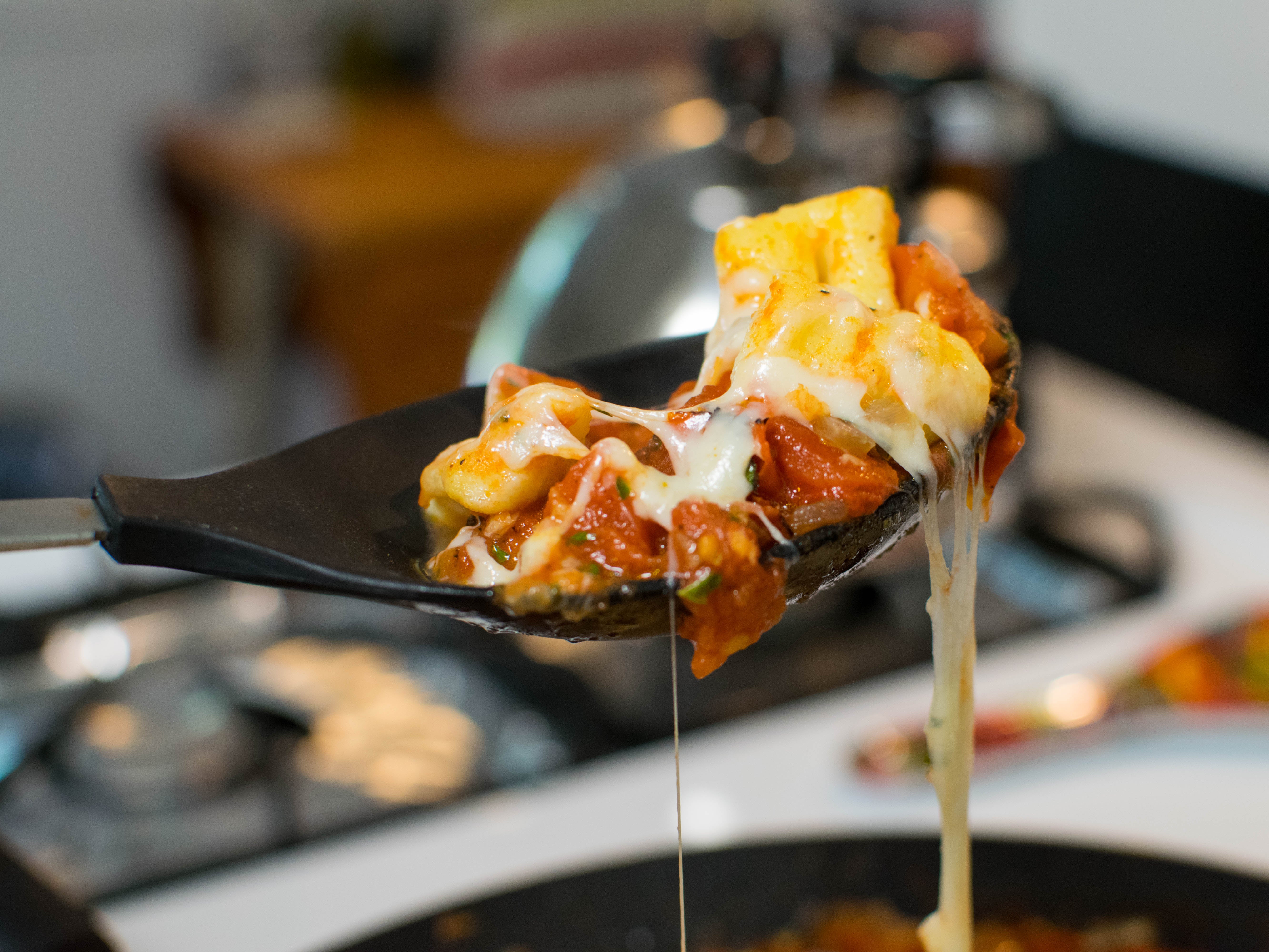 Unless you’re a true gnocchi connoisseur, you won’t be able to spot the difference in taste and texture between these and their more-involved-whole-potato brethren. And while their vacuum packed cousins are more convenient, they’re missing the crescent shape and deeper ridges you’ve made here, which helps deliver more of that gooey cheese and scrumptious sauce. Gnocchi is versatile enough to handle anything you can throw at it, and If you want to get creative there are even dessert variations of them. The only limit here is what your imagination and creativity can bring to the plate.