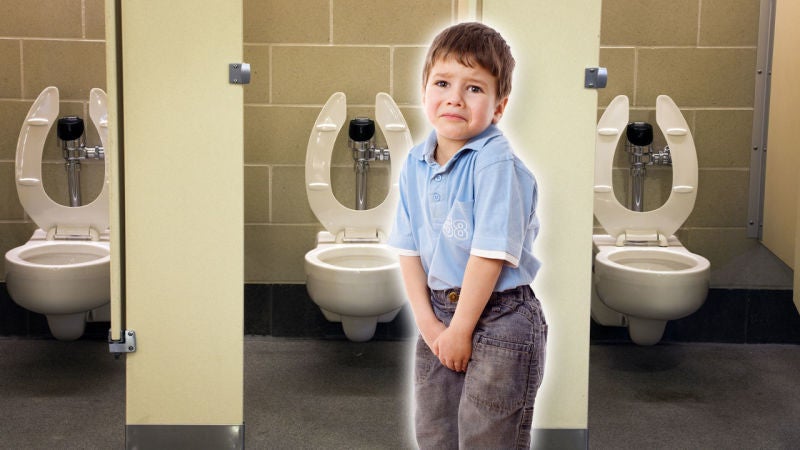 One of the darker moments of my parenting career saw me holding a terrified three-year-old on a toilet that repeatedly automatically flushed at a volume that is only appropriate for the whooshing sound of the gates of Hell.

It was a men's room at a computer store in Manhattan; I was kneeling in a puddle of urine; and my son, who was newly potty-trained, held his hands over his ears while he valiantly tried to relieve himself. Ten minutes later, no further along in our goal, we exited the bathroom, knees soaked in male computer-nerd urine, and my son complained that he still had to go (and I spent way too much money there on a replacement laptop). I hope this story illustrates the dangers of the automatic flushing toilet.

Now I have another small kid who's terrified of the loud flushing toilet, and I happened to come across this video demonstrating that draping a length of toilet paper over the sensor will disable the flushing — hallelujah!

If the sensor is particularly powerful — some kind of all-seeing defecation eye that swivels and pirouettes (idea: Another Alien instalment, but with toilets) — then you can pull off a substantial length of toilet paper, like a metre, and wrap it around and around the eye and tie it off. Or keep Post-Its or masking tape in your bag. Or just beat the thing to death. For the children.