So you took a trip somewhere cool, snapped a bunch of photos, and now you have no idea what to do with them all. Don’t worry, editing your holiday photos isn’t as tough or technical as it sounds.

Photo of me by Renan Ozturk, edits by me. All other photos taken by me and edited in Adobe Lightroom.

While in Havana, Cuba I spoke with Bryan O’Neil Hughes, Director, Product Management, Creative Cloud Platform and Services at Adobe, and Josh Haftel, the Adobe Photoshop Lightroom Mobile Product Manager, to learn the secrets of editing holiday photos (full disclosure: Adobe paid for my trip). Here’s what you need to know. 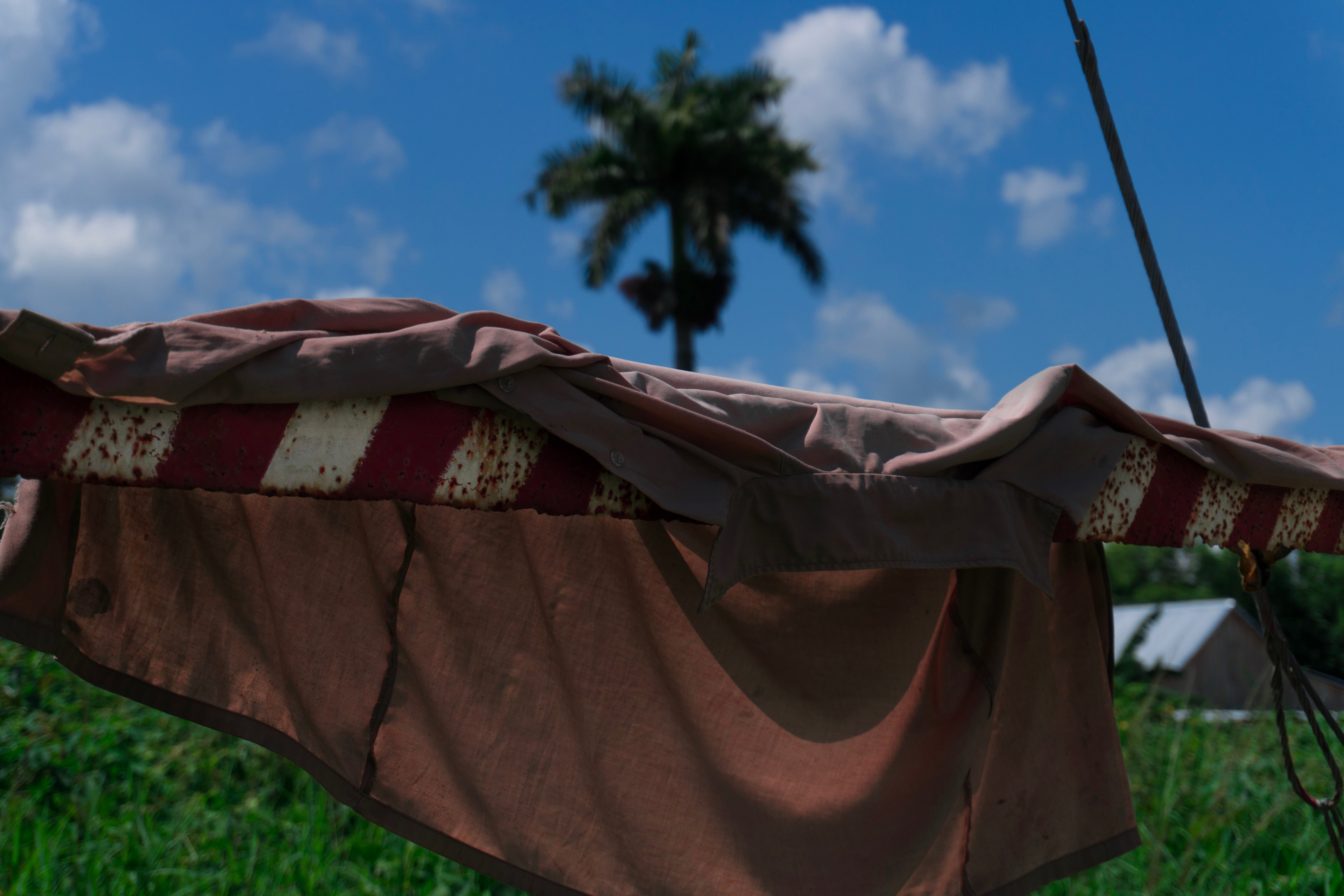 So hot and humid, you gotta dry your shirt off sometimes.

The longer you wait to edit your holiday photos, the less likely it will ever get done. Immediacy is key, says O’Neil Hughes: “Getting them out there quickly and effectively is more important than spending a week retouching them at the individual pixel level.” You want to adjust photos when you still remember what it felt like to shoot them.

Before you start editing images, though, you need to edit your camera roll. Let’s face it, most of the pics you took are probably not worth editing, let alone showing to other people. Hopefully, you’ve been taking photos a bit more mindfully on all your travels, but even if you have, not every image is a winner. Snapping a pic of someone snapping a sunset pic.

Maybe some are out of focus, maybe you forgot why you took some of them and they mean nothing to you now, or maybe you have 30 shots of the same building for some reason.

That’s why the first thing you should do when sitting down to edit is cull. Digital photography is a double edged sword — you can take a lot more photos and upload them anywhere, but that means a lot more crap gets through. Don’t be that person, and please — PLEASE — don’t sit people down for a slideshow until you’ve at least done this part.

As you cull, remember to think about who your audience is (your mum doesn’t want to see Paris, she wants to see you in Paris), and consider asking someone else which shots they like and why. You probably like a lot more of your photos than other people will. Kill your little darlings. Fewer, better photos is always going to be better than a ton of crappy ones.

You're on holiday, and you have your camera out at a well-known tourist spot where everyone and their mother has snapped the same pic over and over. How do you make each click of the shutter count?

While you’re culling, O’Neil Hughes suggests you try to create a story arc. Select the images that best represent your holiday from start to finish. Start your album or slideshow with things like a sunrise, shots of your hotel, then continue with shots of the major things you did each day and the places you went in some sort of sequential order, then maybe finish with something that carries a tone of finality with it — like a sunset to cap off your opening sunrise. And things don’t have to be in exact order, says Haftel. If the sunrise shot you took on the last day is better than the others, it’s OK to use that. Nobody will know. Focus on the story. Once you’ve culled and plotted out your holiday’s story, it’s time to dip into the individual images and make some edits. Before you get overwhelmed with all the settings, sliders and other thingamajigs, tell yourself this: “I need to emphasise the subject, then de-emphasise everything else.”

Say, for example, you took a great photo of a dog surrounded by people. You need to emphasise the dog (the subject), while de-emphasising everything else. Crop the image to remove as many distractions (people) as you can, and take the viewer’s eye right to the story about the dog. Then make selective adjustments to make the dog stand out even more. Brighten or saturate his colours a bit, create a vignette to darken things around the dog, or find a way to make the dog’s eyes pop so you’re drawn to them immediately. Remember, anything in focus that isn’t your subject is just a distraction from your story. 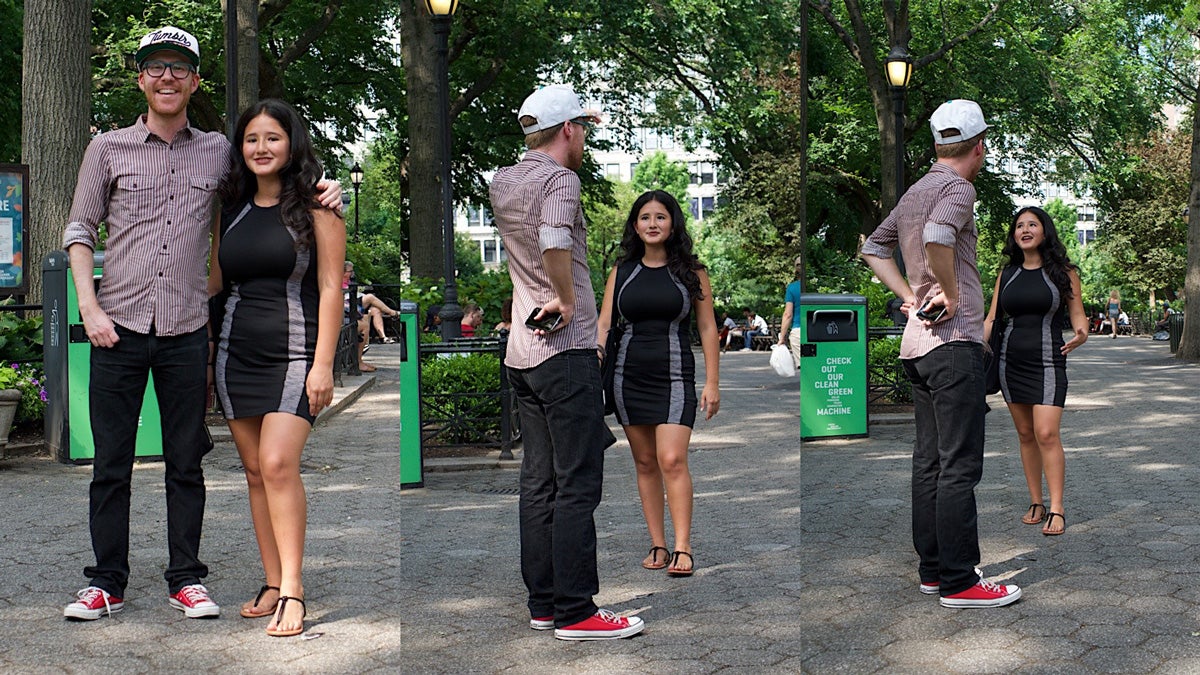 We Tried Mark Zuckerberg's Tricks For Looking Taller In Photos

Didn't you think Mark Zuckerberg is tall? According to a 2010 New Yorker profile, he's 'only around five feet eight, but he seems taller, because he stands with his chest out and his back straight, as if held up by a string.' Wired writer Graham Starr thinks Zuck seems tall for another reason. He stages his photos to exaggerate his height.

Bring Emotion Back Into Your Photos 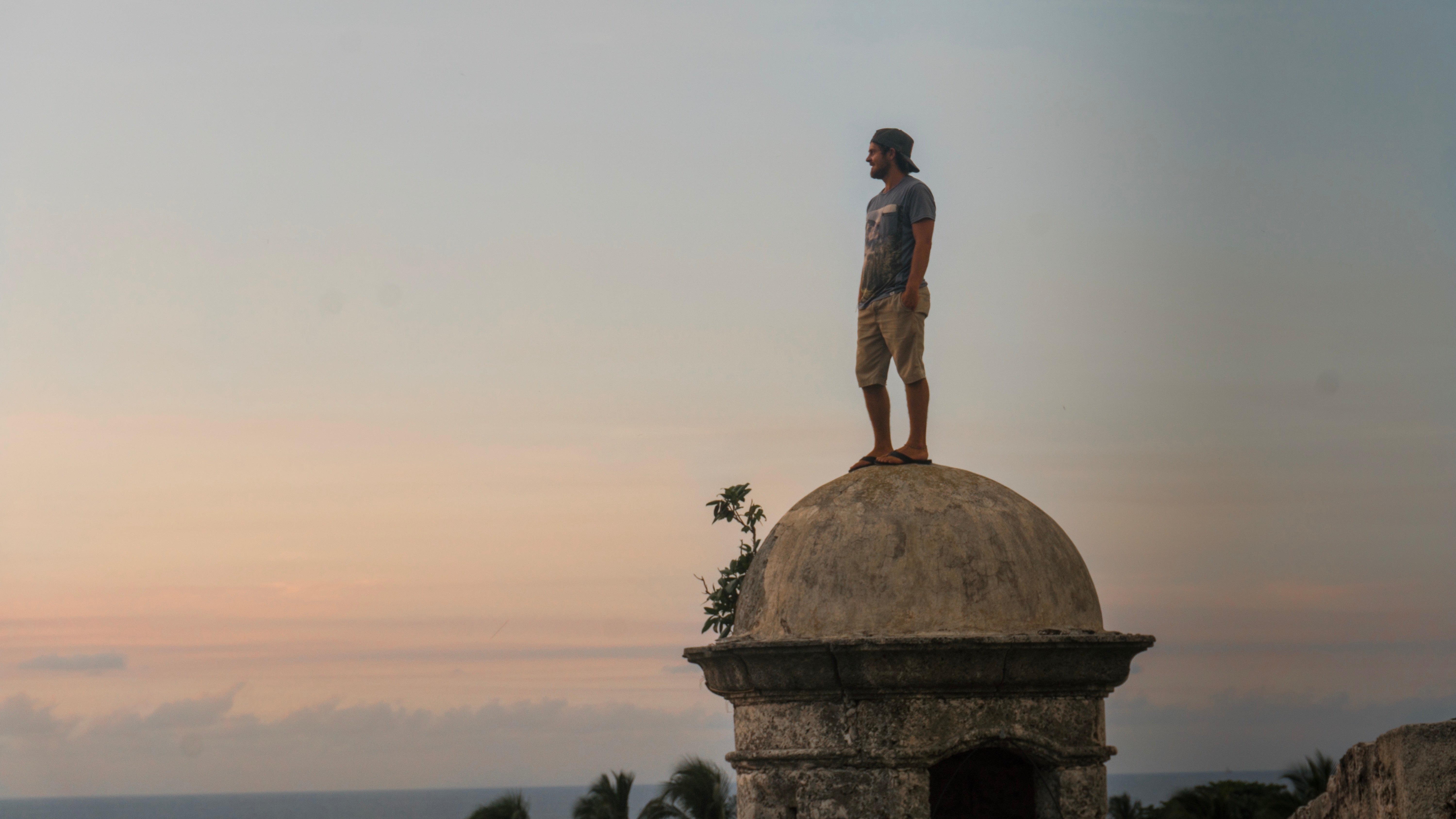 Staring into the horizon from atop a fortress (not me pictured).

What you see and what the camera sees are never the same thing. It’s partially due to hardware and whatnot, but it’s also because you aren’t a emotionless machine. O’Neil Hughes and Haftel emphasised that editing is the bridge between what your camera captured and what you felt when you took the shot. The process lets you add back in the psychological elements that were at play.

Maybe you were cold when you took that photo of the dog, so you lower the colour temperature a bit to reflect that. Or perhaps you felt bad for the dog because it was homeless, and you mute the bright colours so the photo doesn’t seem so joyful. Or maybe the colours in your photo just don’t compare to the colours you know you saw. This happens a lot with sunsets, and it happens to me all the time with vegetation. My photos never look as green as things seemed to me in person.

The camera takes some of that emotion away, so play around with your photos and bring it back. The keyword here is “play”. Remember, editing photos should be fun! The phrase “editing photos is like finger painting for adults” stuck out in my mind.

When You Visit Sacred Spaces, Think Before You Selfie

The rise of the selfie has driven a rift into society, bringing up a surprising number of issues over gender, class, age, religion and race. Wired's Jason Parham explores some of these in 'When the Selfie Turns Sacrilegious', an essay on taking selfies in sacred or serious places such as mosques and art installations.

Don’t Go too Crazy With the Sliders and Presets

Photo editing applications such as Adobe Lightroom are pretty powerful and packed with all kinds of options for adjusting your image. This can make the process pretty daunting, but it also means you can easily go overboard. Relax, take a breath, and try to keep things simple.

For example, clarity and contrast are largely overused, according to O’Neil Hughes and Haftel. Yes, those sliders can make your image seem a lot more crisp, but that may not be what your image needs. They caution that you should only use sliders if they reinforce the story you’re trying to tell. A little softness can do wonders for a photo. A bird of prey that was not fond of me getting so close.

And when it comes to presets, or what you might call filters, look at them as a starting point. Don’t throw the same filter or preset on every photo just because it looks good on one of them. Every image is a puzzle, and you’re trying to unlock its potential with subtle adjustments.

When in doubt, Renan Ozturk, a National Geographic photographer and filmmaker who gave me a ton of pointers on the trip, recommended a list of the most basic of alterations: Adjust exposure as needed, do a little highlights down, a little shadows up, a little clarity up, then play with colour. There’s no magic recipes for making every photo look better, sorry, but you’d be surprised how much adjusting these few things helps.