How To Avoid Being Approached By Strangers In Public

You could be walking down a city street, taking a stroll at your local park, or begrudgingly commuting to your grandparent’s place on the off chance you’ll be rewarded with cash. You’re vulnerable. You’re socially naked. You’re a lone gazelle waiting to be devoured by an overly outgoing lion.

So how do you avoid becoming the unwilling target of a stranger’s attention?

It’s a frustrating scenario. I wouldn’t dream of bothering someone on the street just to ask their opinion on the latest episode of My Kitchen Rules; but then again, not everyone is the same. Sometimes people have zero understanding of personal boundaries. Or worse — they just don’t care.

As someone who gets approached regularly for various redundant inquiries, finding ways to avoid unnecessary conversation with strangers has become a personal passion. So here are my top tips for indicating you want to be left alone in your state of public isolation.

You would like to think this tactic is foolproof, wouldn’t you? When it fails, it inevitably leads to the most horrifying of all possible interactions.

I’ve had people ‘accidentally’ take out one of my headphones to ask how to get to [insert place I don’t care about]. I’ve had wild eyed commuters gesturing at me aggressively over the sound of my heavy rock music, as though I was repeatedly running over their pet dog. Turns out they just wanted to know the time.

Unreliability aside, there is also the problems of not being able to hear unpredictable threats over the sound of your stranger-blocking beats. If you’re worried about encountering spontaneous stampedes of wild buffalo, do take this into consideration.

If you decide this is the defensive strategy for you, you have to go for a pair of outrageously colossal headphones. Incredibly obnoxious headphones. Who cares what you look like, as long as people realise there’s a full kilo of hard plastic protecting each earhole. They might think twice – which is long enough to get the hell out of there. 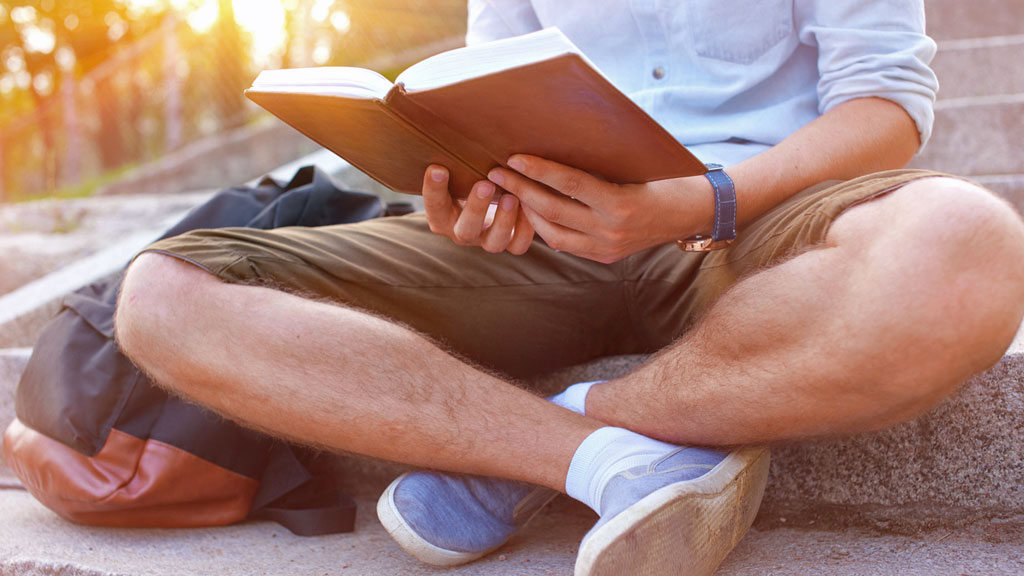 Surprisingly this is probably the most dangerous person-avoiding tactic to engage in, because you’re giving conversational zealots a solid invitation to initiate a conversation.

You could be set up reading in a park on a romantically grassy knoll, or in the furthest, smallest corner of a bus, or you could just be in a waiting room that smells like Dettol. I assure you — regardless of context, they will strike.

I’ve often found myself miming a flabbergasted double take once it dawned on me that the person speaking far too loudly was, in fact, directing a query at me. They’re always far too interested in my trashy fantasy novel — usually more than I am myself.

Once I stutter an awkwardly disinterested response without sounding too impolite, I’m caught in the trap. Just like that. The thing is — fuck politeness. If you worry too much about being polite, you’re at risk of being stuck there for the next hour in an extended conversation about misunderstood fantasy tropes, while passersby give you sideways glances of sympathy.

Throw your book over your verbal attacker’s shoulder to distract them and sprint in the opposite direction. 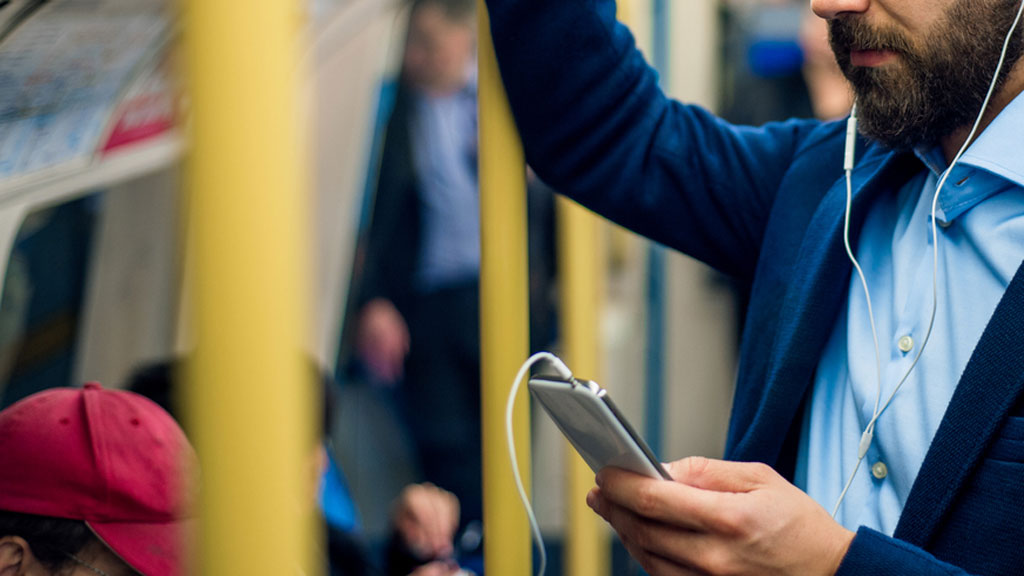 The standard safety net. People tend to filter you out of their vision if you’re busy frowning in a concerned manner at your screen. This strategy is particularly effective on people over the age of 50. In fact, you’re more likely to be hit with a muttered criticism of your entire generation — which is much more palatable than an entire social exchange.

My personal favourite use of a mobile to avoid social interaction is the act of loudly feigning an entire phone conversation. Try putting the phone up to your ear and talking frantically, just like the kind of mad, enthusiastic person you’re trying to avoid.

Remember not to have the screen visible, or predators might notice you were in fact stalking your ex’s Instagram rather than taking a call.

In hindsight I could actually call someone — but that would defeat the purpose of avoiding social interaction in the first place. 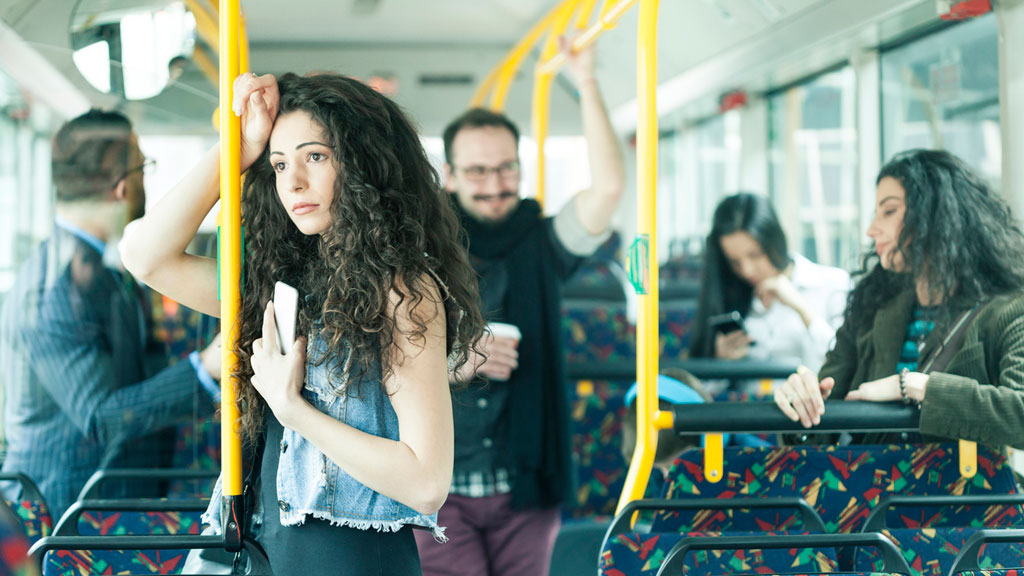 This strategy is the simplest but often the most effective: Don’t look anyone in the eye. Don’t look around. Don’t move your neck. Work that catatonic aesthetic.

To really up your game, make use of the ancient technique of ye olde resting bitch face; a technique that, I would argue, does not need to be a gendered concept.

Not sure how to make it happen? Pretend you were just approached by Rolf Harris and asked on a date. Did Pauline Hanson spit in your coffee? Fantastic! Work that look!

Fair warning: I’ve been told my resting bitch face just makes me look like I need a hug. Practice your look in a mirror, or with a friend. Multiple friends. Make a night of it.

If the ‘RBF’ fails, you could just act like an absolute madman. Swing off poles on the train, make loud discriminatory jokes. Be that guy. I can assure you no one will want to engage with you — just be aware you are now the enemy.

If you’re playing the long game and repelling unwanted interactions by avoiding showering and deodorant, I won’t judge you. Until you’re within 20 metres of me. Then I will judge you. And fiercely. 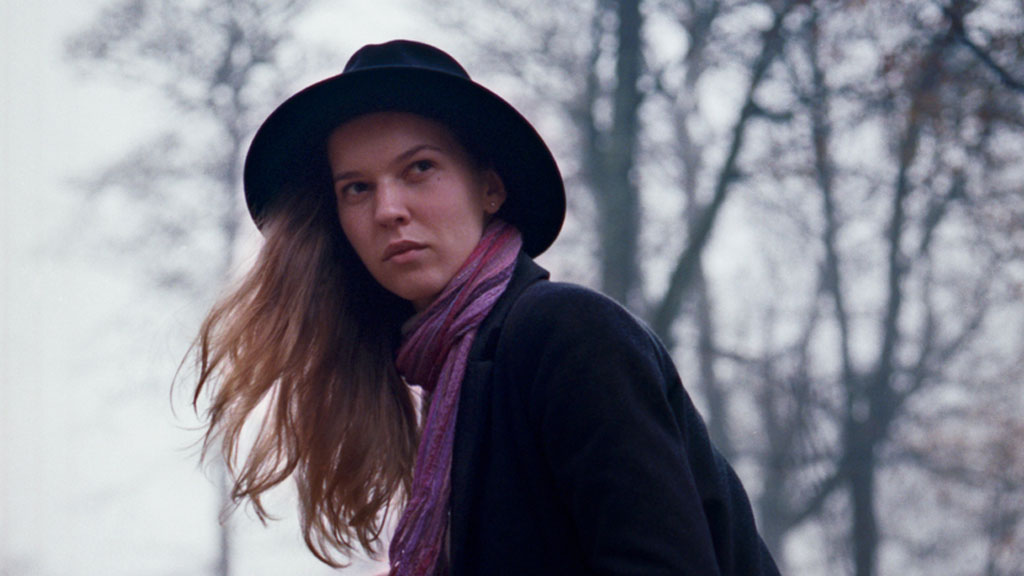 Here’s a few things you can wear to make sure people avoid you:

Pretending You Can’t Speak Any Language Known To Man

I struggle with my native English most of the time anyway, so if I can make my garbled jumble of words sound slightly more alien than usual, I can get away with walking backwards in the opposite direction while shrugging apologetically. 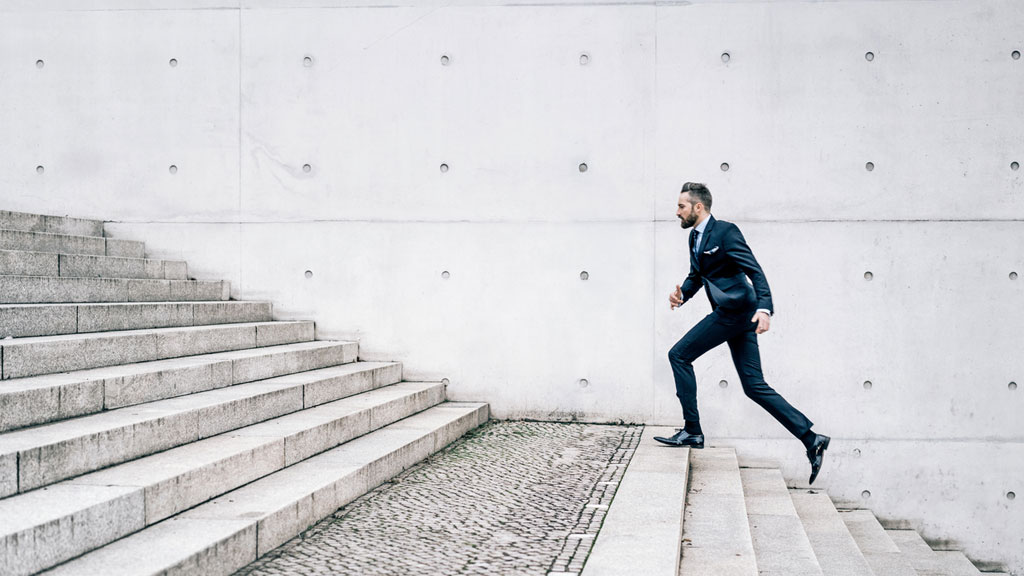 A good power walk can often be counted on to out-maneuver social enthusiasts — though this tactic may not work if your legs are shorter than average. Even if you don’t have the reach, moving quickly can make you look as though you’re late for something important — like being literally anywhere else.

Do you have a plethora of empty boxes handy?

Ensure no one will speak to you and get some exercise at the same time by building a literal fort around yourself. No boxes? Find the nearest park, grab a shovel. Dirt fort. Ultimate deterrent. Plant a herb garden while you’re at it and make a contribution to society.

How many bags do you have on you right now? Put all of them between yourself and the person attempting to speak to you. Remember not to make eye contact as you do.

If your efforts so far have been in vain and you find yourself still wearing a dead eyed look while nodding in agreement to your unwanted social invasion, just pick a direction, start shrieking incomprehensibly and run.

Refuse to be taken prisoner — and stop worrying about being polite.