Hands On: Living With Aussie Soylent

Soylent has been around for a while now, and some people swear by it. There is even a local version available downunder – Aussie Soylent. Figuring that just a taste test was not enough, I put my body on the line and spent 6 weeks surviving on Aussielent. We even have a recipe for those wanting to try and make their own.

A quick recap for those not too familiar with Soylent, or the various versions available. The idea behind it is to create a food that contains all the nutrients and minerals needed to sustain life. 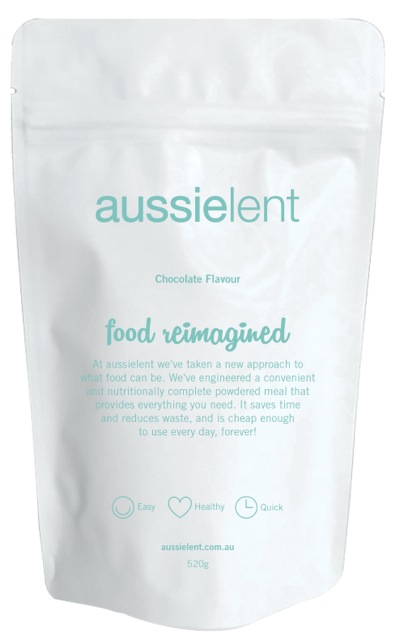 The Aussie version (compared to the original from the USA) is important, because it is put together using the Australian Nutritional references as the standard.

That said, in Australia it’s sold as a food supplement, and isn’t actually recommended as a total replacement for all meals.

Aussielent comes in powdered form, ready to be mixed with water. A day’s worth is packed in a single pouch, and contains 4 serves, or 8400 kilojoules.

The team behind Aussielent is based in Melbourne, and everything manufactured in their factory.

Aussielent comes in three flavours – chocolate, vanilla, and ‘Body’, a new neutrally flavoured blend that is dairy and soy protein free, and has low-FodMap ingredients.

There is also a pre-mixed versions in a bottle, coming soon.

Aussilent costs $82 for a 7 day pack, which contains 28 meals. For those who want to give it a try, there is also a $14 single day sampler.

For those who want to order in bulk, there are discounts available. Grabbing four of the seven day boxes will set you back $311.60, with free shipping in Australia.

While Soylent is designed to provide your body everything it needs, it’s actually also well suited as a single meal replacement.

The idea is that Soylent could be used as a simple pre-prepared breakfast to save time, or a no fuss lunch when at work.

To test Aussielent in a few different situations, I split my six week test into three different variations. First up (for two weeks), I replaced breakfast and lunch, but still ate a normal dinner.

My next two weeks consisted of having Aussielent for every single meal, and no cheating.

In the fifth week, I tried a few variations on the 2 out of 3 meal replacement scheme, alternatively eating a normal breakfast, lunch and dinner.

For the final week of testing, I only replaced a single meal each day, but once again tried a variation. 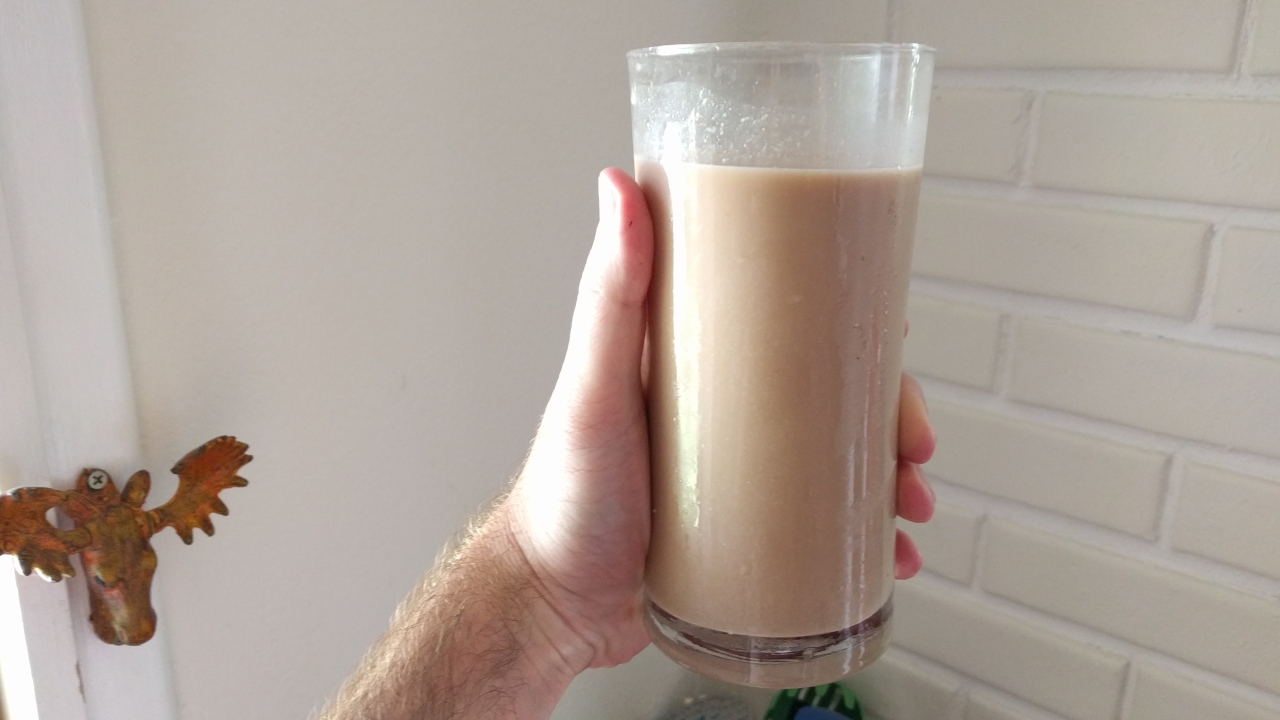 As a bit of a 6’ 7” giant, the 8400KJ in each day pack of Aussielent is below my ideal energy intake. You can calculate your own KJ needs via the Government website, Eat For Health.

Others may find that they need to eat less than an entire pack each day – fortunately it’s easy to just measure out the required amount. The downside is that bigger people will need to buy more.

The Aussielent comes as a totally dry powder inside each pouch, and needs to be mixed with water. How thick you make it is a bit of a personal preference, but each meal works out being a large drink.

Mixing the Aussielent takes a bit of effort, as it does not really dissolve completely. A protein shaker style mixer works pretty well for preparing meals individually.

Alternatively, I found that mixing an entire days worth at once in a big jug, using an electric stick mixer, gave the most consistent result and avoided any lumps.

Refrigerating the Soylent overnight make the texture a little smoother, but it does require a brief re-mix before consumption. I also found the taste better when cold. 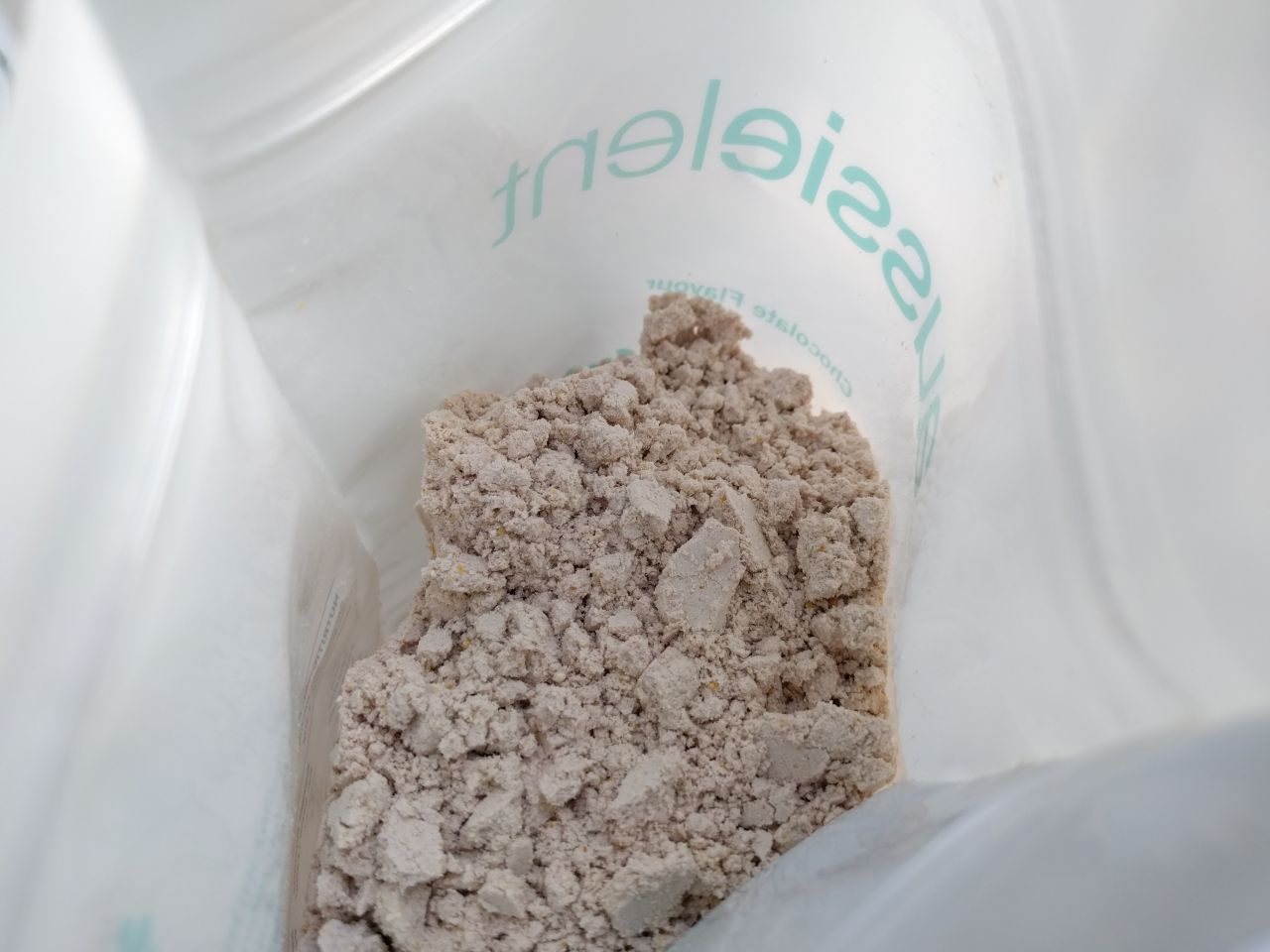 I tried both the chocolate and vanilla Aussielent, and honestly could not pick a favourite.

Both are very mild flavours, with a slight sweetness and a kind of oaty malty flavour. They also have a bit of a grainy texture, especially towards the end.

After only eating (drinking) soylent for a few days / weeks, it’s also nice to swap to a different flavour, just to keep it interesting.

I also found it important not to mix the soylent too thin, as it started tasting very watery and unappealing. Going too thick was less of an issue, but it did tend to leave a gritty aftertaste if there was not enough water.

Just to get ahead on the question that (almost) everyone asks – how was Aussielent coming back out? Toilet talk aside, that aspect of the Aussielent was a complete non issue. I am a pretty regular guy anyway, and noticed zero negatives when switching to Aussielent, or back to normal food. If anything, it make bathroom time a little better. 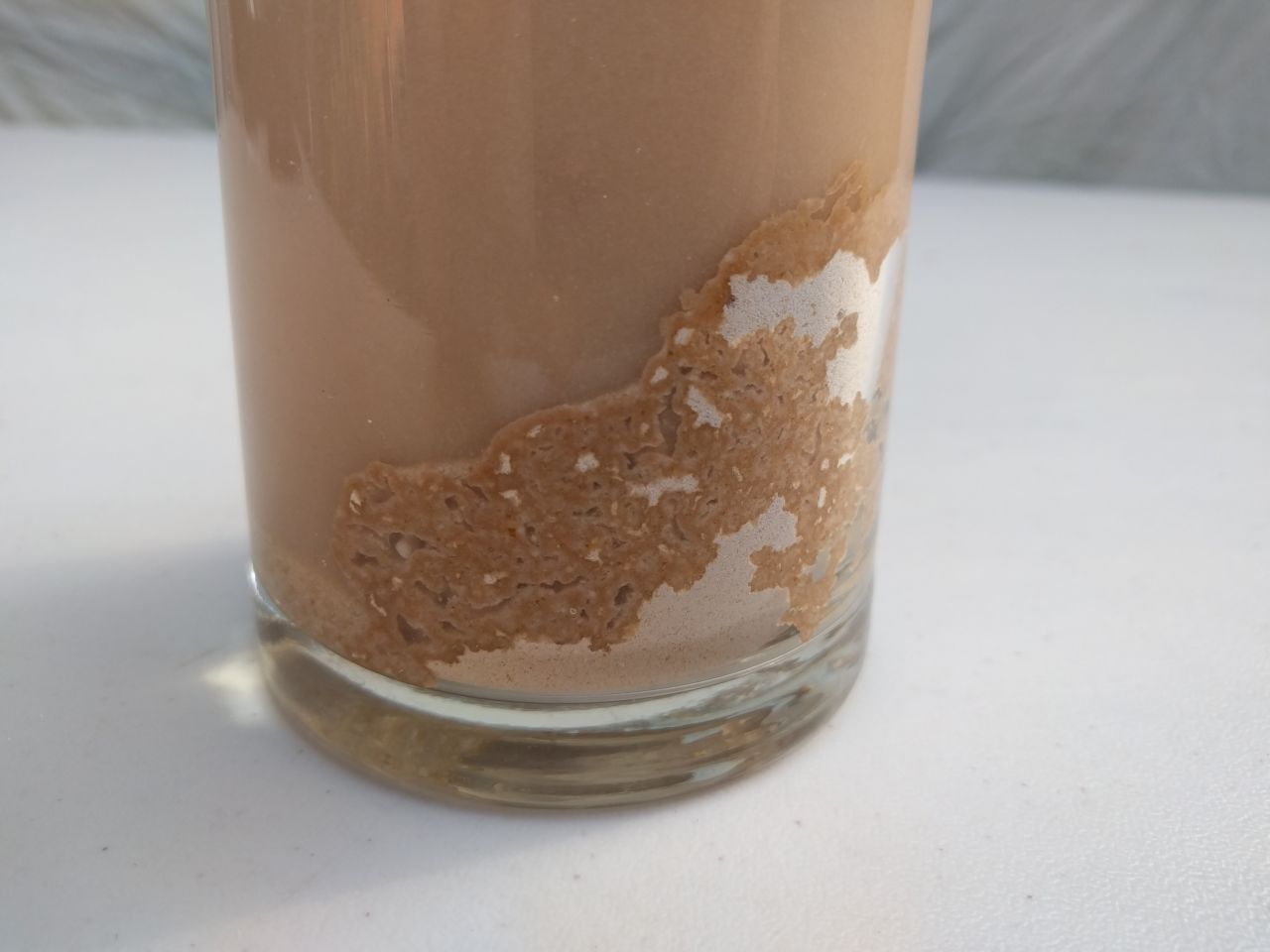 I started off using soylent as a breakfast and lunch meal replacement, but kept my normal dinner.

I am not a big breakfast kind of guy, so I actually struggled to make it through an entire cup and fit in some coffee. On the plus side, the Aussielent kept me totally full till lunch.

At the time of the test the weather was quite warm, so a big cold Aussielent smoothie at lunch time was pretty appealing and it went down quickly. Once again, the soylent kept me totally full till dinner.

As the week wore on, I tweaked my mixture slightly to thicken it up, and make it easier to drink the entire amount in a reasonable time frame.

I took to mixing up the days worth the night before, and keeping it in the fridge.

Even after two weeks, I noticed zero gastrointestinal discomfort, nor any change in my appetite. 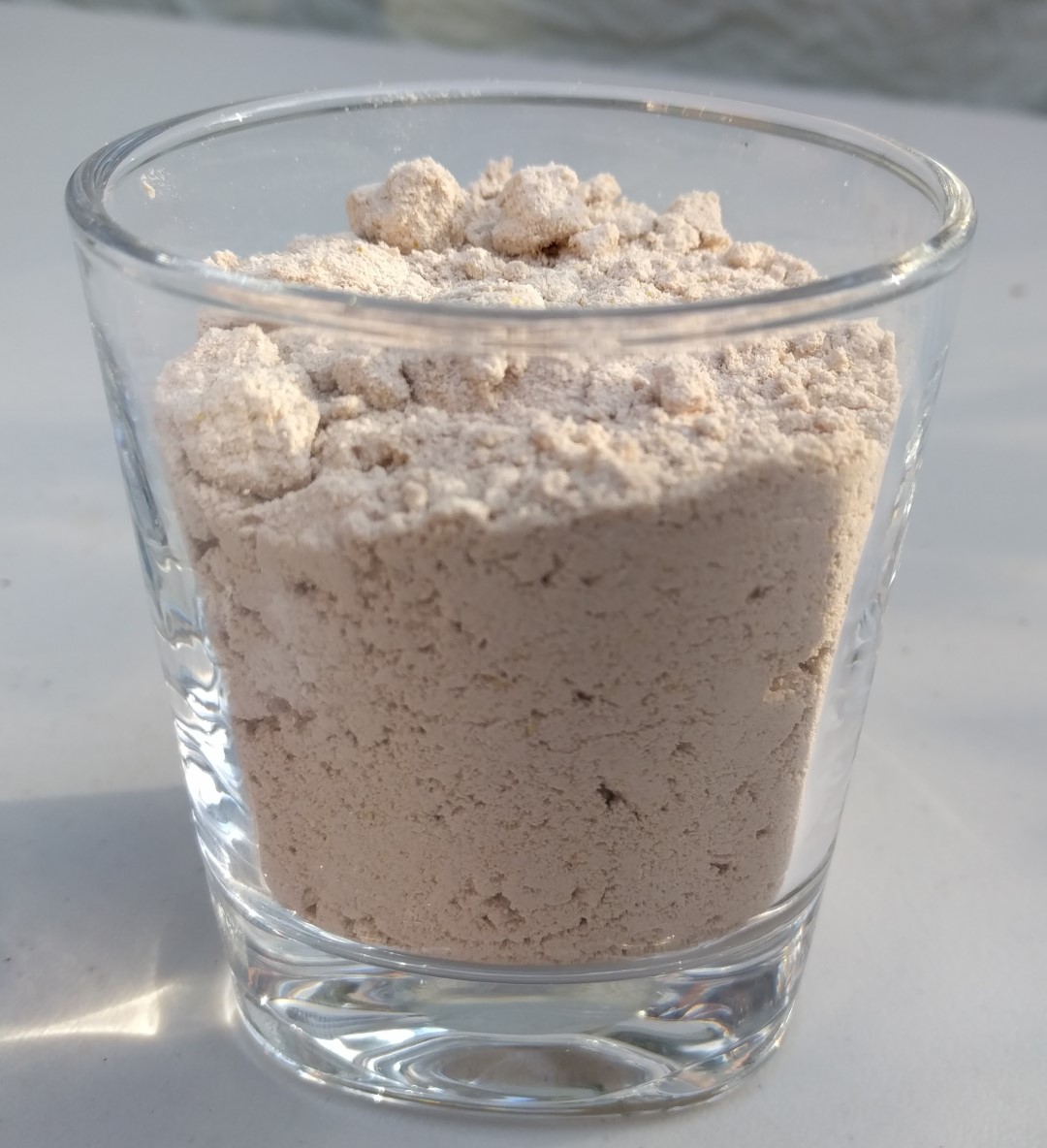 Adding in dinner on top of the breakfast and lunch regime was easy enough, though I certainly missed the variation in flavours, as well as dessert.

At first I didn’t experience any real cravings for normal food, until about week four of the test. I was out with friends, one of whom had ordered a burger and chips.

The juicy, fatty, oniony smell was almost overpoweringly appealing, and it took a lot of self control not to sneak a bite.

Aside from that one time, I didn’t really experience much in the way of food cravings.

The Aussielent only diet got a little bland, and switching flavours helped mix it up. I also tended to avoid situations with particularly delicious, or free food.

This quickly turned into my favourite way to consume Aussielent, as instead of being my only (or major) food intake, it was just a quick and easy meal substitute.

I found replacing breakfast or lunch worked best for me, as there was just something dissatisfying about sitting down to dinner with nothing but a big cup of drink.

The downside that preparing single meals of it was a bit tedious, and doing it in bulk was not always convenient 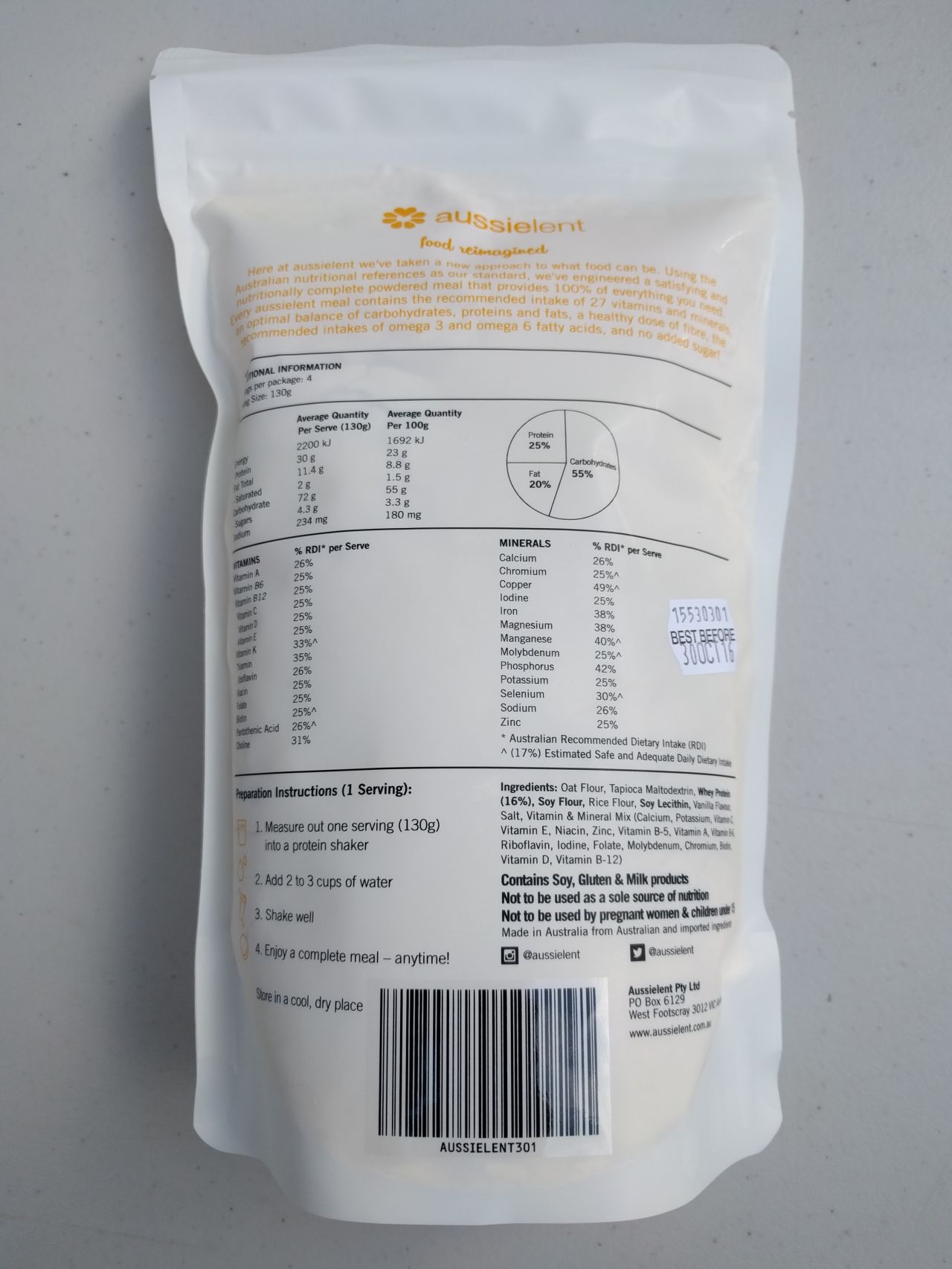 I am in no way ready to give up normal food, but my Aussielent experience was very positive. I never had any issues with hunger, and it kept me full between meals.

I tend to get pretty lethargic after a normal meal, but did not notice the same effect when consuming Aussielent.

Instead, it gave me a more even energy over the day, without any crashes.

It’s a bit too bland for my tastes as a replacement for all meals, but works really well as a single meal replacement.

Weirdly, by the end I hated preparing Aussielent. It was stupid, because Aussielent was a lot faster and easier to make than an actual meal.

But somehow, I ended up resenting have to make any effort at all. That’s probably more about me though.

The boffins behind Aussielent are always working to improve their recipe, and often update their mixes with new versions.

They also understand that Soylent often appeals to those who like to get hands on and make things for themselves, so they have a DIY recipe.

Some of the ingredients can be hard to find except in bulk, so make sure you shop around online. It’s unlikely to be any cheaper (unless you get a lot), but it’s a great way to experiment and learn more about Soylent.

Check out more info over at Aussie Soylent.

Have you tried Soylent or do you want to? If not, what is your go to easy meal? Tell us in the comments.