Will It Sous Vide? Preserved Lemons

Welcome to this week’s edition of Will It Sous Vide?, the weekly column where I usually make whatever you want me to with my immersion circulator. I spent the earlier part of this week working on a super secret and exciting sous vide project, so I decided to try a quick and easy experiment for this week’s column, and see if I could whip up a sweet and sour condiment that usually takes several weeks to make.

As you may or may not have noticed, I’ve been pretty obsessed with preserved lemons recently, but making them involves a bit of waiting around, and I wanted to see if I could use the power of sous vide to speed up the process. I had seen blogs boasting about preserved lemons that were made in a mere hour, and remained an equal mixture of hopeful and sceptical.

To be clear: I wasn’t expecting to get a wedge with the same depth of flavour as a truly fermented preserved lemon, but I was hoping to make the quick-pickle equivalent. 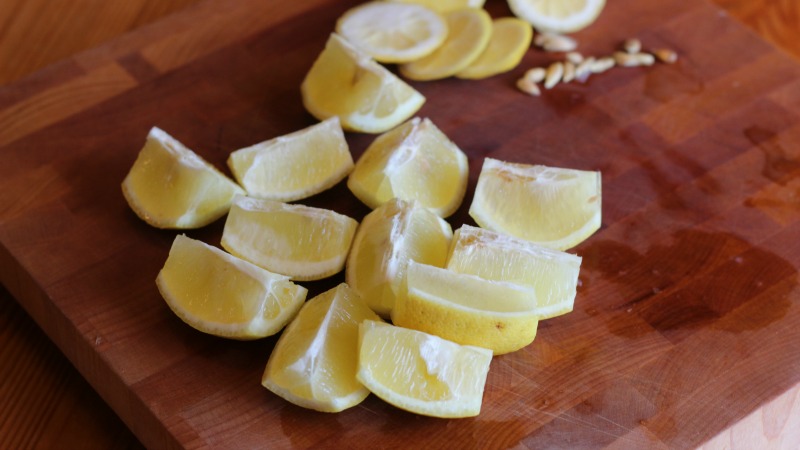 I washed four lemons, trimmed a little bit off of each end, then cut them into quarters and removed the seeds to the best of my ability, taking care to not wreck too much of the flesh. I then tossed one half the wedges with 1/4 cup Kosher salt and the remaining half with a mixture of 1/4 cup salt and a couple of tablespoons of table sugar. I then sealed the bags, labelled accordingly, and plunked them in a sous vide bath set at 85C for an hour, swishing the contents of the bags around about halfway through the cook time. 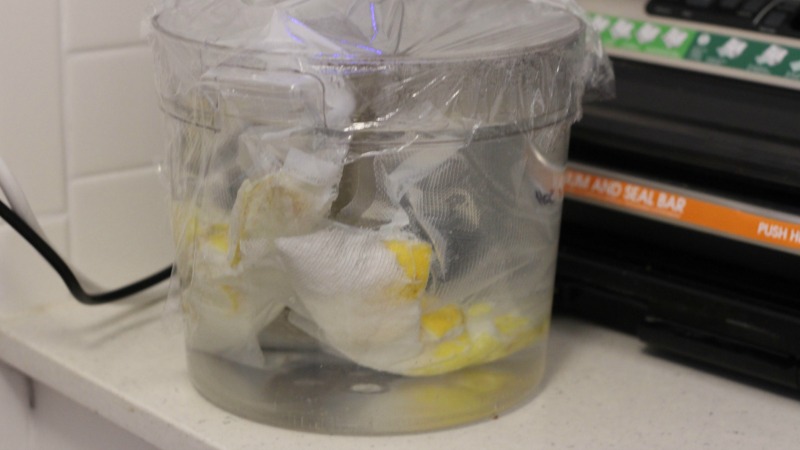 After 60 minutes, I pulled the bags out, plunged them into an ice bath to cool ’em down, and waited for them to chill out. 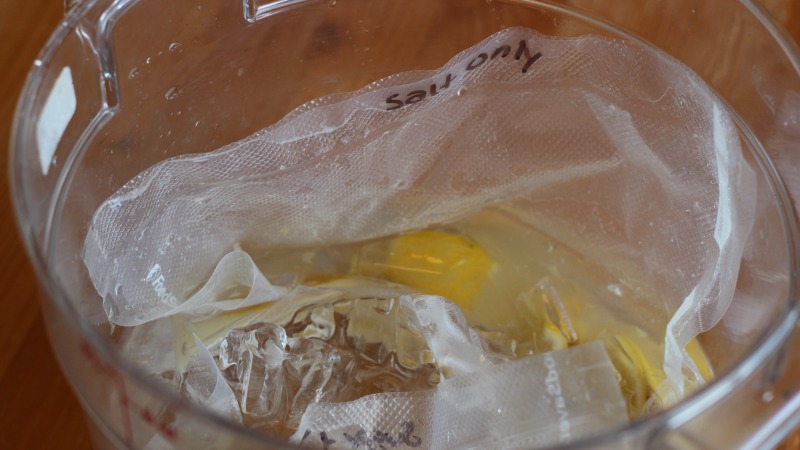 I then transferred them to cute little jars, and pulled out a couple of wedges to taste test. 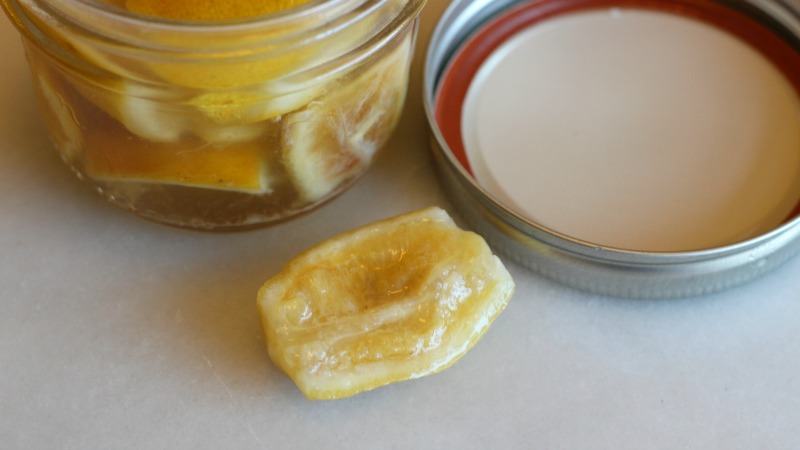 So now we need to know: Will preserved lemons sous vide?

The answer? Not exactly, and I guess I’m not that surprised, though I am disappointed. The lemons weren’t bad per se, but they won’t be taking the place of lemons preserved in the “usual” manner. Both bags of lemons were aggressively sour and salty but, as one would expect, those made with sugar were a little more balanced in flavour. The flesh was soft and spreadable, and would be right at home in sauce made for grilled meats or summery gazpacho, but it lacked the umami-packed funkiness I associate with traditionally preserved lemons. The rind was soft enough to chew, and only slightly bitter, and I wouldn’t be mad if it ended up atop a nice piece of fish or got chopped up into a hearty salad.

I ended up putting them in the fridge, where I’ll let them hang out for at least a couple of weeks, hoping they will develop into a more flavorful versions of themselves. Because what we have here doesn’t come close to approximating a real preserved lemon — we don’t even have a “quick pickle” version of one. They may be sour, salty, slightly bitter and a little sweet, but we’re lacking the funk, and I gotta have that funky funk.