The Real History Behind WW2’s Dunkirk 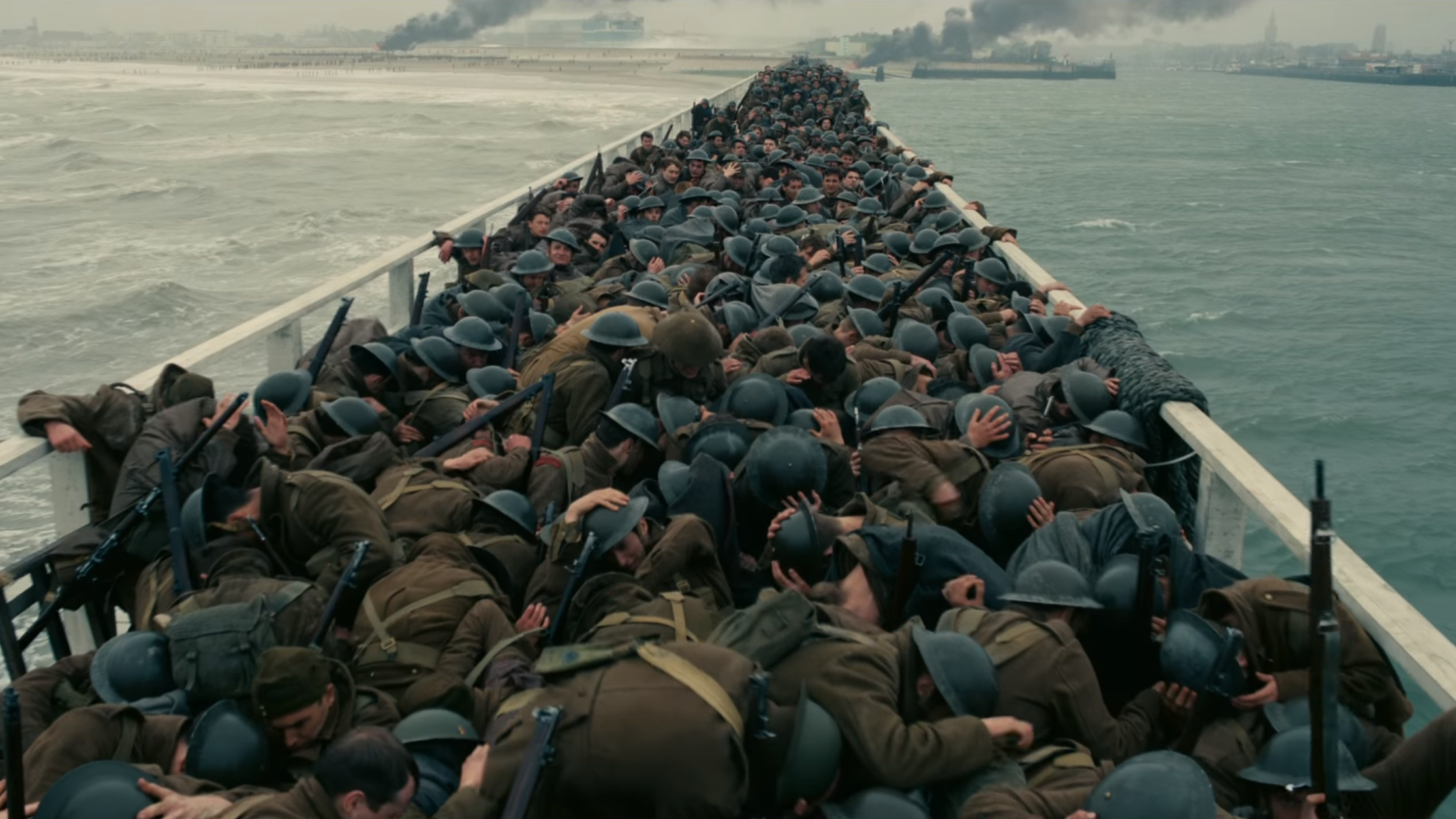 Dunkirk is a stunning look at the desperation and tragedy of the retreat of over 300,000 British soldiers trapped on the beaches of Dunkirk, France back across the English Channel in what was known as Operation Dynamo.

Here’s the history behind what you see on screen in Dunkirk, and then we’ll get into what you didn’t see in the film, including how the British ended up surrounded by the German army on the beach, and the ramifications of the defeat and evacuation that rippled throughout Europe afterward. Naturally some of the information could be considered spoilers for the movie.

Dunkirk opens on what could be considered the main character of the movie, named Tommy in the credits (but I’m not sure his name is ever expressed in the film), running through the streets of Dunkirk as German propaganda flyers fall from the sky, warning the British that they are completely surrounded.

An example of a real leaflet from the Dunkirk 1940 museum website.

The on-screen warning is accurate when compared to actual German propaganda flyers dropped in Dunkirk, as German forces had punched through Belgium, Holland and Luxembourg avoiding the infamous Maginot Line, an allied defensive line stretching across the France’s border with Germany in anticipation of an invasion.

German forces were able to drive deep into northern France, splitting the allied defence up and eventually cornering around 400,000 British Expeditionary Forces (BEF), along with French and other allied fighters at the coastal town of Dunkirk, France.

The BEF, after a failed allied counterattack, fortified the town of Dunkirk to delay a German siege long enough for an evacuation.

Germany’s high command had decided to delay a siege of Dunkirk under the influence of the leadership of is Luftwaffe air wing, which believed it could prevent an evacuation and eliminate the BEF on the beach with relentless bombing campaigns.

In the film, Tommy is pushed to the beach by German forces, where he sees thousands of his fellow soldiers lined up, stretching the length of the coast. The issue with Britain’s evacuation at Dunkirk was a lack of available ships to successfully remove the hundreds of thousands of men stranded there.

The second narrative in Dunkirk follows three Royal Air Force pilots over the course of an hour as they attempt to take on the German Luftwaffe. The men on the ground in the film often reference the absence of the aid of the British Navy and the Air Force, but British leadership was concerned with preserving its remaining resources to defend against a possible invasion of Britain by German forces in the future and wouldn’t commit the resources needed to successfully facilitate an effective retreat. Initial evacuation projections were for the rescue of only around 30,000 men.

The third narrative of the film follows three British civilians on a small private yacht, one of the hundreds of civilian ships drafted to sail to Dunkirk to aide in evacuation efforts. In both the film and reality, the ships were mostly used to ferry men from the shoreline to larger ships anchored farther out in the English Channel who couldn’t safely harbour due to extensive airstrike damage to the coast.

These small, personal ships still faced the threat of German bombings and naval strikes, but their arrival was undoubtedly the turning point in executing the successful evacuation of around 330,000 of the men at Dunkirk — nearly ten times the original projection.

The movie does take some minor creative licenses on specific elements of the Dunkirk story as all three narratives are fiction based on the true events, but it shouldn’t be a distraction for the average viewer.

What You Don’t See

Dunkirk intentionally scales down the evacuation to those three narratives, but it was massive military movements and blunders that lead to such a quick and catastrophic defeat for the allies so early in the war, which inevitably led to the fall of western Europe under the crushing force of the German blitzkrieg.

The film never strays beyond the beach, though thousands of soldiers fought in constant skirmishes scattered in the regions surrounding Dunkirk. An infamous incident, called the Paradis Massacre, involved the slaughter of 97 men of the Royal Norfolk Regiment after surrendering to German forces. There were only two survivors, and after the war, German Captain Fritz Knochlein, who had given the order to kill the men, was hanged for war crimes.

At the end of the Battle of Dunkirk by June 4, 1940, massive amounts of British supplies had been left behind and taken for use by the German military, and thousands of Britain’s French and Belgian allies had been left to become prisoners of war.

The retreat of the British took away any considerable British support for the remaining French defence, with Paris being seized by the Germans by June 14, and an armistice agreement between France and Germany signed shortly after.

French Premier Paul Reynaud had actually favoured a French coastal evacuation similar to Dunkirk in the south of France, where the French military could resettle in northern Africa with the French Navy present to defend it. From there, it could collect forces from its colonial empire and receive supplies for a future counterattack. However, this idea was given up due to a growing movement within the French government to make a deal with the Germans, and the armistice was signed.

While Dunkirk was a miraculous break for the British, a little victory that inspired the nation to rally around its embarrassed military, and championed as the ‘Dunkirk spirit’ by British Prime Minister Winston Churchill in his now famous “We Shall Fight” speech, it was a death sentence for the French, and Nazi Germany wouldn’t be challenged again in Western Europe until America joined the war, spearheading the Allied invasion on the beaches of Normandy almost exactly four years after the end of the Dunkirk evacuation.

Dunkirk almost completely avoids the Belgian, French, and German perspectives on the battle, focusing solely on the desperation of the British evacuation. One of the most confusing and disconcerting moments in Dunkirk involves a French soldier, who seems to essentially serve as the perfect metaphor for the corrupted attitude of Britain and the impact Dunkirk had on all of France.

Again, Dunkirk is a fictional story meant to characterise the very personal motivations, experiences, attitudes and sacrifices of the British men during the climax of the evacuation effort. There are minor creative liberties, mostly concerning the scope of the situation and the RAF scenes, with one particular moment involving one of the RAF pilots that seems a little far fetched. But Dunkirk envelops you into this moment of confusion, desperation and isolation so well; a display of the shocking flexibility of the human spirit in a void of hope.

The Dunkirk evacuation is one of the ultimate survival stories of modern history, and the movie is as respectful to the emotion of the moment as it is to the truth of the tragedy, at least within the scaled-back scope it outlines for itself.