If You’re A Top Performer, Get On Your Coworkers’ Good Side

Published 4 years ago: July 19, 2017 at 8:00 am -
Filed to:office
To sign up for our daily newsletter covering the latest news, hacks and reviews, head HERE. For a running feed of all our stories, follow us on Twitter HERE. Or you can bookmark the Lifehacker Australia homepage to visit whenever you need a fix.

If you’re a superstar employee, there’s a good chance you have a target on your back. A recent study suggests coworkers want to drag down their top performing colleagues.

How Not To Be The Coworker Everyone Hates

Everyone knows what it's like to have a frustratingly dumb coworker to deal with, but what if you're worried that the frustrating coworker is you? After all, it's easy to point out the faults in others without taking responsibility for your own shortcomings. Let's look at how you can make sure you're not the one everyone in the office has to plan around instead of work effectively with.

The study, led by Elizabeth Campbell of the University of Minnesota, and published in the Journal of Applied Psychology, looked at several hundred stylists working in a wide variety of salons — chosen because they represent a socially dynamic environment where colleagues have to work individually and interdependently in order to succeed.

They found that peers were far more likely to speak ill of top performers and try to damage their reputation. Furthermore, the more collaborative the environment, the more peers tried to drag down top performers.

The study then took a look at university students, who were assigned to work in either a cooperative or competitive group. In this scenario, peers only felt threatened by top performers when there were limited resources available to the group that went those who worked the hardest.

In the cooperative groups, where resources were shared more equally, peers benefited from the top performers, so they supported them instead of undermining them.

This undermining behaviour isn’t too surprising — it’s something you’ve probably suspected all along — but it’s troubling to see such clear evidence of the practice. Think about it. Nobody likes the hustling, rate-busting employee that makes all of their peers look bad. They boost management’s expectations, make it harder for others to get a raise and make other employers feel lesser — like they’re not good enough at their job.

But what if you’re that superstar employee? The best thing you can do is be aware of how your coworkers might perceive you, and try to nip the problem in the bud. You shouldn’t have to lower your productivity or become lazy, but it’s in your best interest to find ways to share the glory, be kind, and do whatever else you can to turn envious colleagues into supportive friends. Bring in some bagels or doughnuts, offer your help when you see someone struggling and stay humble.

And if you’re a manager with your own team to watch over, you need to be on the lookout as well. Watch for signs of this behaviour, and intervene as soon as possible so it doesn’t grow into something much worse. Find ways to show employees that cooperating with top performers is more prudent than undermining them. 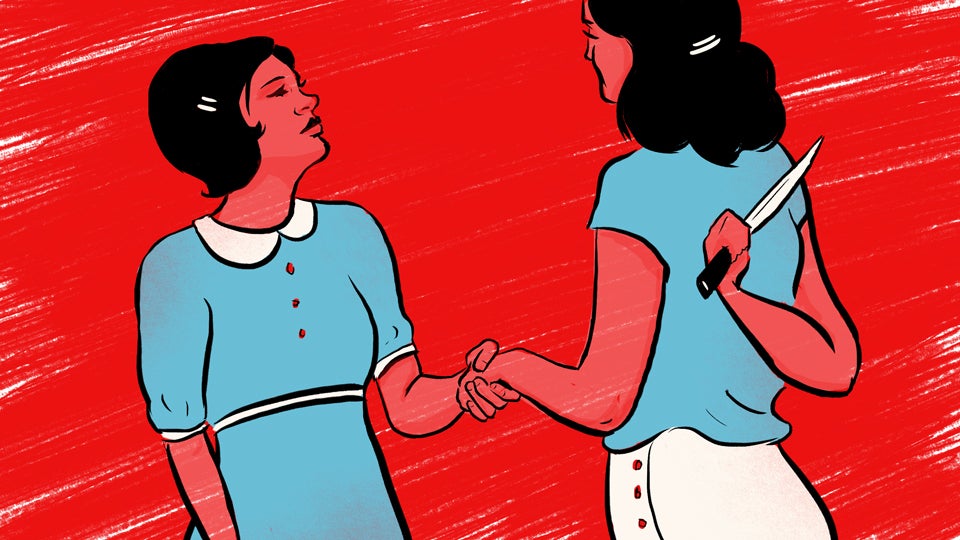 How To Deal With People Who Undermine Everything You Do