Cycflix Forces You To Burn Calories While You Binge Watch

There was a period of time where I only watched Netflix movies while I was on a treadmill or an exercise bike working out. I found binge watching a television series to be the motivation I needed to hit the gym five days a week and my desire to get through more than one episode meant I spent double the time doing cardio than I might have otherwise.

Now a student at the Dublin Institute of Technology has come up with something even better: a bike-connected television that will only play that show you want to watch if you maintain a certain speed.

It’s called Cycflix, and it’s a hack rather than an official product. Ronan Byrne, the genius behind the idea, hooked up an Arduino to his stationary bike to make the magic happen. 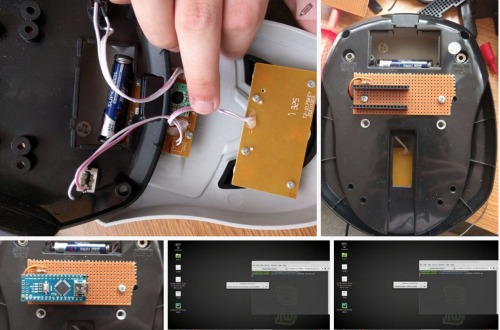 With his creation, you pick the length of your workout, how long you’re allowed to rest, and what show you want to watch. As long as you’re peddling at your set speed, then the show will play. If you drop down to a slower speed, then your show will pause until you pick up the pace.

Check it out in action in the video below:

Obviously, this is a pretty elaborate thing to do to make sure you burn some calories and you could clearly just post up in front of your TV on the bike and make sure you keep peddling on your own. It’s definitely an interesting idea though and could make those binge watching session a lot better for you.

If you want to give it a try yourself, Byrne has posted instructions on how to build the setup on GitHub as well as a pretty detailed step-by-step on Instructables.