Thermomix Is In A Whole Lot Of Trouble With The ACCC 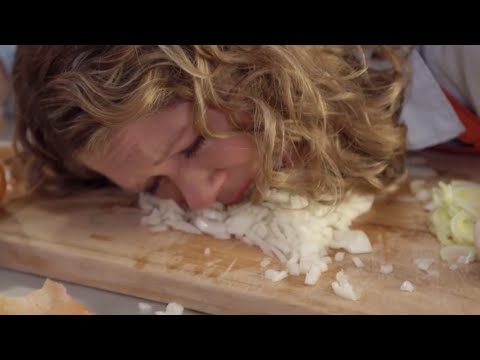 The ACCC is taking Thermomix to the Federal Court with accusations the company behind our favourite hot wet rice has been a more than a bit dodgy when it comes to Australian Consumer Law. Allegedly, Thermomix made customers sign non-disclosure agreements – stopping them saying anything bad about Thermomix – before they could get a refund on recalled products that were causing serious injuries.

And that’s not all.

The ACCC reckons Thermomix misled customers about their consumer guarantee rights, didn’t comply with mandatory reporting requirements for injuries arising from the use of the appliances, made false representations and engaged in misleading conduct regarding the safety of the TM31 model, and made false and misleading statements about its 2014 recall.

A voluntary recall notice in relation to a safety issue with the TM31 was published on the ACCC’s Product Safety website on 7 October 2014, following notification by Vorwerk, the manufacturer of the Thermomix appliances. The recall stated people needed to replace the original grey lid sealing ring with a new green sealing for all affected TM31s.

Separate to the recall action, Thermomix and Vorwerk advised that TM31 customers should replace their sealing rings every two years. (You needed to contact Thermomix if you required a new sealing ring.)

Now, in relation to consumer guarantee rights, the ACCC alleges that Thermomix told some consumers that the ACL fixes they were entitled to could only be obtained by signing agreements with non-disclosure terms and other terms that prevented them from making disparaging comments about Thermomix. The ACCC also alleges that Thermomix told other consumers that it would not provide refunds or replacements as a remedy at any time.

The Thermomix Has Burned 87 Australians And The ACCC Isn't Happy

“Consumers who have purchased a faulty product have rights under the Australian Consumer Law to remedies which businesses cannot restrict, alter, or remove, and this includes getting a repair or replacement for the product, or a refund,” ACCC Acting Chair Delia Rickard said.

In relation to the mandatory reporting requirements, the ACCC says Thermomix failed to notify the Commonwealth Minister within two days of becoming aware that a person had suffered a serious injury associated with the use, or foreseeable misuse, of a Thermomix appliance. The ACCC alleges that this occurred in 14 instances because Thermomix failed to give notice of these serious injury incidents within the mandatory two-day notification period.

“The law requires that suppliers must act to notify the ACCC as soon as they become aware of any person who has suffered a serious injury associated with the goods they have supplied. This requirement exists to protect the safety of Australian consumers by helping to prevent further injuries,” Ms Rickard said.

In relation to the safety of the TM31 model, it is alleged that Thermomix made false representations and engaged in misleading conduct by representing to consumers that it was not aware of any safety issue with the TM31 by continuing to supply the TM31 when it was aware of a safety issue that ultimately led to a recall action in October 2014, and failing to disclose that safety issue to consumers as soon as it became aware of it.

“Suppliers must act swiftly to notify their customers as soon as they learn of a potential safety hazard with their products,” Ms Rickard said.

The ACCC also says in March 2016, Thermomix caused false or misleading statements to be made in the media about the nature of the October 2014 recall action.