12 Winter Book Recommendations That Are Perfect For Staying Inside

The worst place to be in winter is outside. You’re surrounded by sneezing and coughing commuters. Cold wind blows through your jacket. And you will absolutely get rained on at some point. Instead, crank the heater, put on a sweater, and try an indoorsy winter read from Lifehacker’s editorial team. 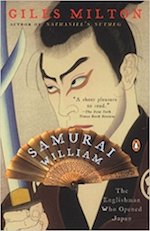 Samurai William: The Englishman Who Opened Japan by Giles Milton

Calling all history buffs! This book tells the tale of William Adams, one of the first Englishmen to visit Japan. It’s filled with dangerous sea voyages, battles between samurai warlords, and an incredible look at life in Japan during the 1600s. If you’re familiar with the Shogun books or film adaptation, this is about the real man those stories are based on. [clear] 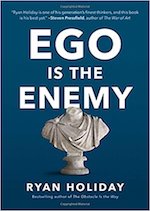 Ego Is the Enemy by Ryan Holiday

The title says it all; our own ego is often our worst enemy. It keeps us from learning, it blinds us to our faults, and makes failure feel like a death sentence. But it doesn’t have to be that way! Many people in history have overcome their ego to do great things. In this followup to The Obstacle Is the Way, Ryan Holiday showcases prominent historical figures who fought their egos and eschewed spotlight in order to focus on their goals. A lot of great lessons in here. [clear] 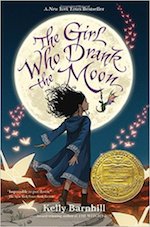 The Girl Who Drank the Moon by Kelly Barnhill

Because sometimes you just want a fun fantasy filled with magic, monsters and witches that makes you feel like a kid again. [clear] 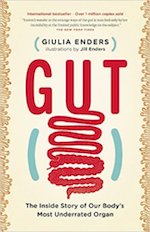 Gut: The Inside Story of Our Body’s Most Underrated Organ by Giulia Enders

If you’re curious about the human digestive tract and why you should probably stop eating Doritos for breakfast, check out Giulia Enders’s Gut: The Inside Story of Our Body’s Most Underrated Organ. Enders and her conversational tone make this an easy, informative read that takes you on a journey and answers questions you probably have about your body, your gut, and how what you eat affects your body and mind in more ways than you can fathom. Medical jargon is explained in just a few sentences and in-depth explanations on what you really want to know (like how farts work) are always revelatory. [clear] 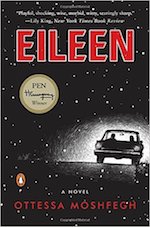 Eileen is a depressed, friendless, deeply troubled young woman in a terrible situation: Living with her alcoholic father, working at a boys’ prison, wearing (for some reason) her dead mother’s clothing. She spends her weekends shoplifting, hiding her father’s shoes, and stalking a prison guard she has the hots for. Then Eileen makes a friend (for, apparently, the first time in her life), and things take an even more bizarre turn. What a perfect winter read!

This book is good for squirrelling away under a doona. Eileen is a compelling character; the book is (despite everything) often funny and always entertaining; and the ending isn’t one you’re going to forget any time soon. [clear] 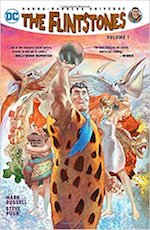 The Flintstones, Vol. 1 by Mark Russell and Steve Pugh

This comic book reinterpretation pulls sharp satire out of the goofy world of Bedrock, where cavepeople invent modern society on the fly. Their major religion keeps switching gods, their appliances all require food, and scientists launch a monkey into space via slingshot. Fred Flintstone, the tragic everyman, introduces some Neanderthals to the concept of a job: “How’d you like makin’ rock?” “Hated it.” They ask what to do with their first wages. “I don’t know,” he tells them. “Buy something someone else hated making.” [clear] 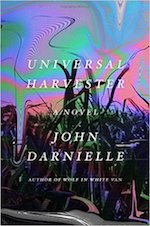 At a video rental store in 1990s rural Iowa, someone is splicing creepy home movies into the VHS tapes. The videos aren’t explicitly violent or horrific, but they’re just menacing enough to disturb a few employees, who track down the creator. The Mountain Goats’s John Darnielle, poet laureate of lonely souls in lonely places, writes a horror-less horror story that teases apart the dual identity of the idyllic but isolating American countryside. [clear] 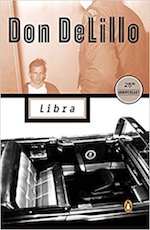 If you’re going to hunker down under a doona, you want a big, sprawling novel to keep you company, the sort of juicy and absorbing tale that’s more transporting than any holiday could ever be. Some of my best reading was spent in the thrall of just such a book. In August of 2002, I drove from Seattle to Los Angeles, stopping in to visit friends along the route. My constant companion during that trip — and therefore the only thing I could talk about over barbecues in Portland or sightseeing in Big Sur — was Libra by Don DeLillo.

Libra imagines the life of Lee Harvey Oswald, that oft-speculated-about cipher who took history into his hands in November of 1963. If you’re the sort of person who, as I did, thinks, “Oh no, I saw Oliver Stone’s JFK, I don’t need another speculative take on the Kennedy assassination,” think again. Libra is a character study and a deliciously plotted novel of suspense. DeLillo masterfully creates from overanalysed biographical facts about Oswald a fascinating and sympathetic man, one whose allegiances and motivations emerge as so much more complicated than history books could ever convey. When you’re finished, you can pore over the Zapruder film on YouTube and dream up some fresh conspiracy theories with which to bore your friends when they get home. [clear] 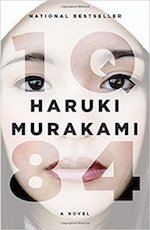 Whether you liked George Orwell’s 1984 or not, you’re going to love Haruki Murakami’s 1Q84. These two books take place in 1984 and share similar titles, but that’s where the parallels end. 1Q84 takes place between two worlds: A normal one and another alternate universe with two moons (that’s the dystopian one). There are a lot of different interesting elements of the book, such as a religious cult led by a leader who no one has ever met and obscure references to classical music and jazz. I’m not normally a fan of dystopian novels, but I really enjoyed Murakami’s surreal plotline and the pacing of the book. [clear] 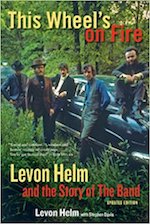 This Wheel’s on Fire: Levon Helm and the Story of the Band by Stephen Davis

I know Robbie Robertson just released his book but, though I fully intend to read it, I’ve always found Robbie to be a little self-aggrandising and overly romantic. In this book, Levon presents a fairly unflinching and sometimes depressing look at the history of The Band, but he does so with warmth and wit. It’s completely engrossing and wildly entertaining, but be warned, it will ruin The Last Waltz for you. [clear] 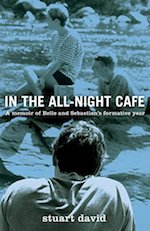 In the All-Night Café: A Memoir of Belle and Sebastian’s Formative Year by Stuart David

I just really like reading about my favourite bands, and Stuart David’s book is utterly charming. Not only do you get an in-depth look at what it was like to watch Belle & Sebastian take shape, but you get to watch David grapple with his limitations as an artist and his supporting role in the group, which he somehow does without any self-pity or bitterness towards “the other Stuart”. My only criticisms are that I wish it continued past the first year, and I wish there were an audio book. I love a good Scottish accent, and David’s is pretty stellar. [clear] 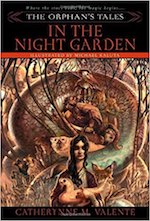 The Orphan’s Tales: In the Night Garden by Catherynne Valente

It’s a series of interlocking fantastical stories, told in the style of the Arabian Nights, where each tale leads to the next. They’re set in a world with its own mythology and magic, and you learn something new about it with each tale. We start with a girl exiled from a palace because of a birthmark that consists of stories written on her eyelids. Before long we’re learning how a certain witch gained her magic, and where magic comes from in the first place, and what you can do with the skin of a certain wild beast, and it just gets better from there.

This is a great read when you’re busy because it’s easy to digest in small pieces. Don’t expect to put it down for long, though, because you’ll end up forgetting what’s going on in some of the storylines. A+ book, enjoy responsibly.