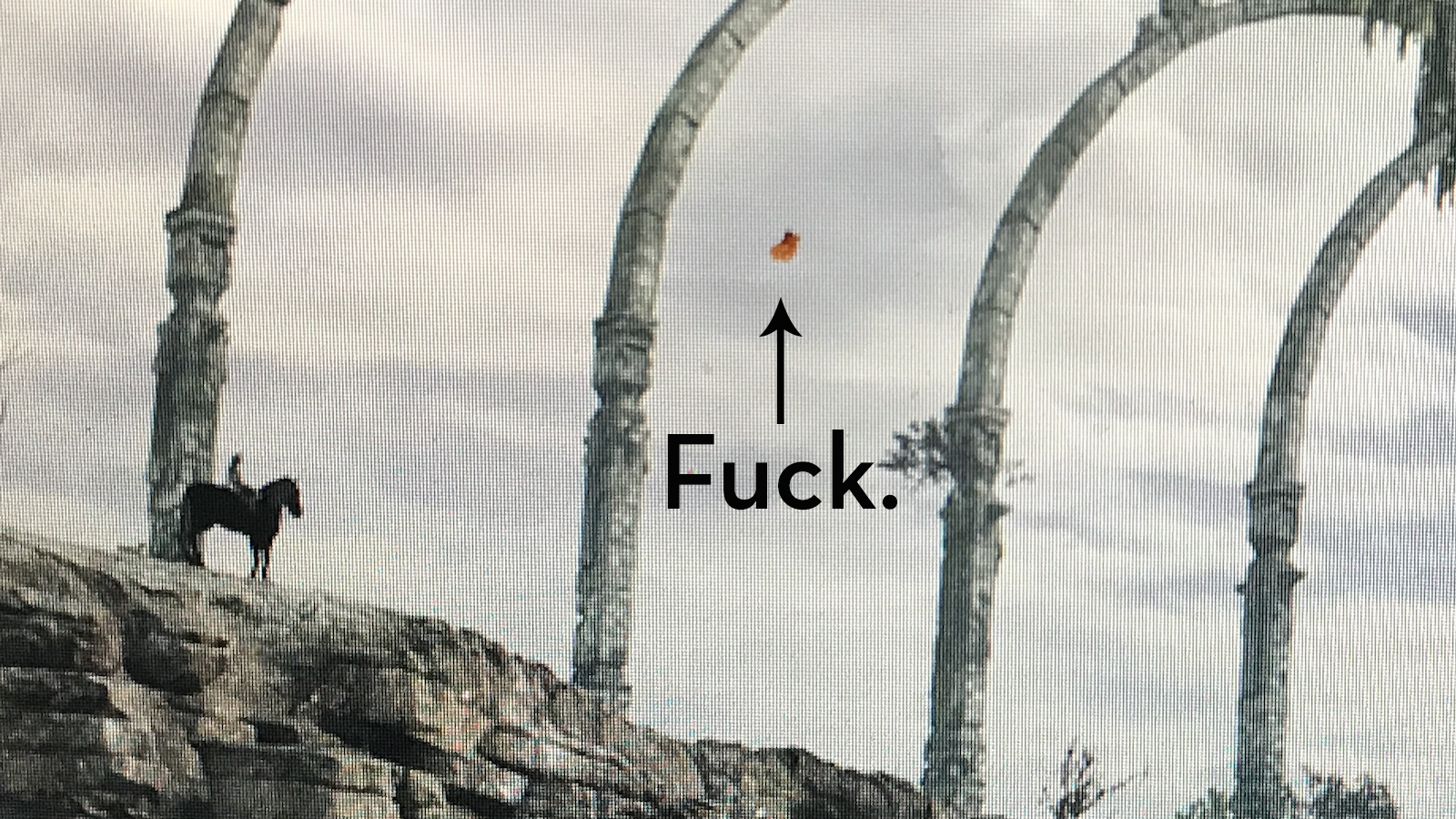 It all started when I thought I saw a bug crawling across my computer monitor.

Huh, I thought, it’s a bug crawling across my computer monitor. I reached out to flick it off, and found that I could not. I stared at it, unsure of what I was seeing. The bug was there, but I could not touch it. Was I hacked? Was this some sort of malware?

Eventually I concluded that no, it was a real bug, crawling around behind the screen of my monitor. I don’t know how it got there, nor what it hoped to accomplish.

I notified my coworkers, who reacted appropriately.

The bug soon wandered off the screen, and I got back to work.

A few minutes later, it was back. I decided that I needed to document what I was seeing, if only to prove to myself that I wasn’t losing my mind. I took out my phone and recorded the following video:

This is how it went for the next hour or so. The bug would come; the bug would go. I wouldn’t see it for ten minutes at a time, then it’d come crawling back, wandering across my Kotaku Slack window as if to say, remember me? I’m still here. Inside your computer screen.

I will spend the rest of my life struggling to explain what happened next. As the bug was on what had to be its fiftieth trip across my screen, I placed my finger on it and pressed down.

I did not pause to consider the ramifications of this action. I did not google “bug in my monitor screen” first. I didn’t even wait for the bug to reach the edge of the screen. I pressed down while it was squarely in the most usable space. It died, leaving a small black carcass stuck to the underside of the screen.

I immediately realised that I now had a dead insect permanently affixed to the underside of my screen, where it would remain for as long as I owned this monitor. I panicked and attempted to tap the bug loose, thinking maybe it would fall to a lower, less critical part of the screen. 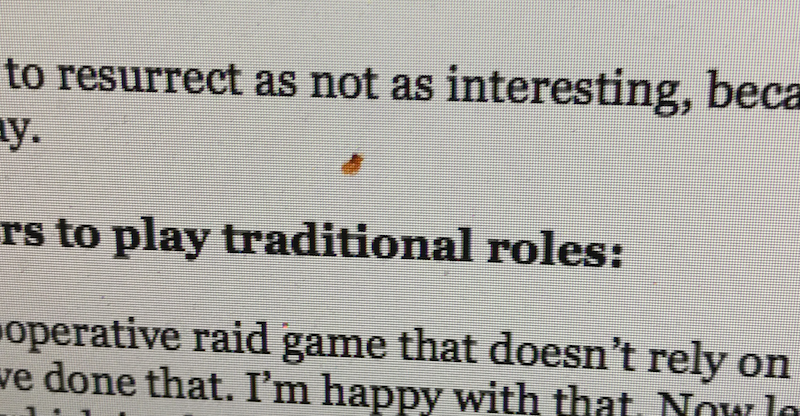 There is now a one-centimeter smear of bug guts occupying the center-left quadrant of my computer monitor, a part of the screen my eyes visit approximately six hundred times per day. I will never be able to un-see it, ignore it, or pretend it isn’t there. I will never be able to forget that its existence is entirely my fault. It will haunt me forever.

Time and again, I think back to the moment I reached out my finger and pressed down. Why? Why did I do it? What did I think would happen? There was one possible outcome to such an action. One.

I bring you this tragic story in the hopes that, should you ever see a small bug crawling underneath your computer screen, you will leave it alone. Don’t be like me. Remember my folly, and my loss will not have been entirely in vain.