Getting Things Done, Ten Years In

You don’t hear a lot of people talk about the Getting Things Done productivity system any more. It isn’t as colourful or Insta-friendly as the Bullet Journal, and although various apps have claimed to “work with GTD”, they have all fallen slightly short — because, at its core, GTD is analogue.

It’s a system that works less well if you let Gmail automatically sort your email into categories, or if you let an app scan your docs to pull out to-dos or calendar items, since the whole point of GTD is that you are actively tracking and collecting every task, responsibility or concern (AKA “Open Loop”) that comes your way. You have to review every email and write down every appointment, because if you spend any time worrying whether an app has neglected to auto-schedule something, that’s an Open Loop that’s taking up space in your mind and preventing you from getting something else done. 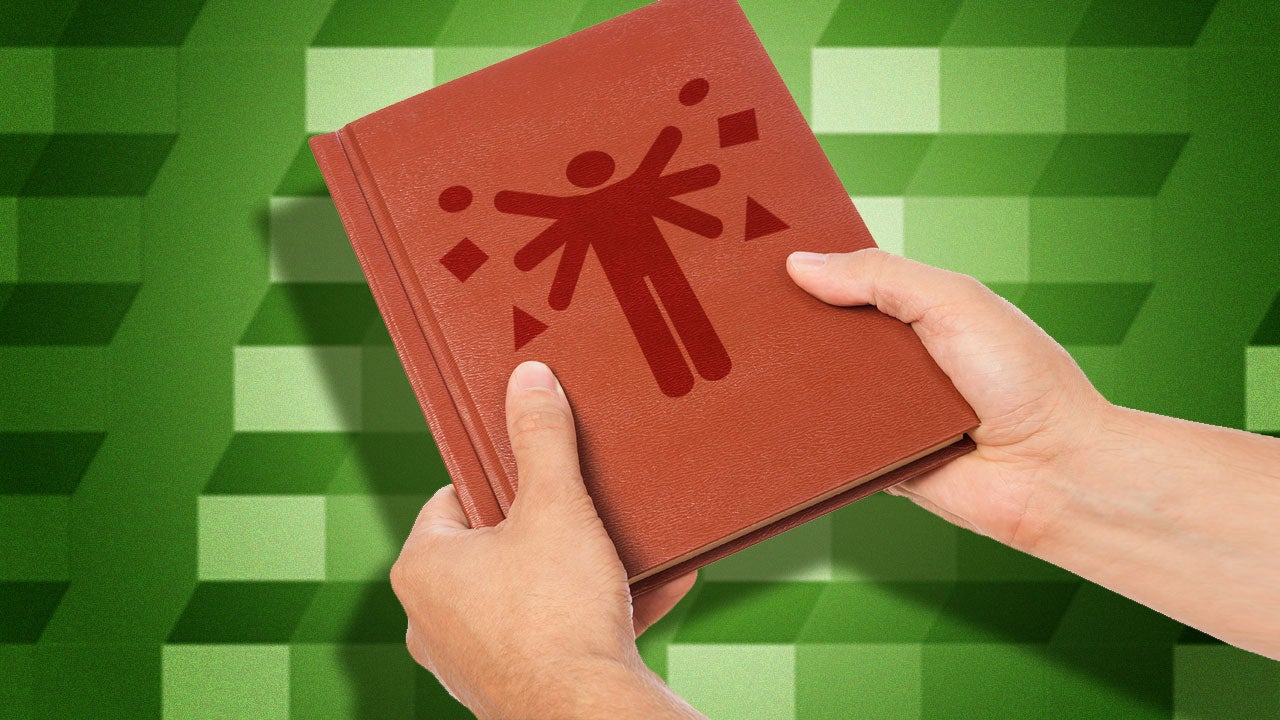 I’ve spent the past 10 years clearing out those loops. Processing my own email. Scheduling my own calendar. Writing down my own tasks. I use apps (calendar, fitness, bank) to help me manage all of this information, but I don’t trust the collection part to anyone but myself.

Doing all of this — practising GTD — changed my brain. I can’t think of a thing any more without automatically breaking it down into its components, the individual actions that must be completed before the thing itself is done, sorted, solved. I can’t imagine a Monday without a Weekly Review, or an Open Loop that I let sit in my head for longer than it takes me to reach for my Ubiquitous Capture Device.

I don’t really think of it as a Ubiquitous Capture Device any more, though. It’s just my notebook.

The Productive Workspace Of Getting Things Done Guru David Allen

Getting Things Done (GTD) guru David Allen knows a thing or two about working efficiently and productively. That's why we can't help peeking at his workspace setup, which has a refreshing mix of analogue and digital tools.

Much of what David Allen wrote in his 2001 opus Getting Things Done: The Art of Stress-Free Productivity is out of date. (He used to advise people to create a separate list of Next Actions that they could only do when they were next to a phone.) There’s a revised 2015 edition that I haven’t yet read, that I assume deals with processing texts and scanning Twitter feeds, and it’s probably already out of date because it doesn’t include advice on capturing Open Loops from Slack.

But I don’t need to read it, because I’ve already been… transformed. Rewired. Optimised for stress-free productivity and ready to get things done.

How Getting Things Done Changed My Life

I can’t remember whether I read Gina Trapani’s Lifehacker post on “simplified GTD” before or after I discovered Merlin Mann’s 43 Folders, but a lot of people were talking about GTD back in 2007, and since I had just started at the first office job that required me to take on responsibilities beyond “answer the phones”, I was ready for it. (I had been writing to-dos on scraps of paper, and crossing items off, and rewriting them the next morning.) I told my boss that I wanted to read this productivity book, and then I went to the Borders across the street from my office and bought it.

The entire thing fit into my brain like a melody; instantly memorable, each piece flowing into the next. I opened a spreadsheet and started cataloguing every unfinished task, adding new rows underneath cells to break the Open Loops into individual Next Actions. I went into the supply closet to find something that could serve as a Dedicated Inbox for pieces of paper and other physical items that needed to be processed into tasks and actions. I asked my boss if the office would let me buy 43 folders and a hanging file in which to store them.

I am very sure I became the office’s GTD Dork after that. I proselytised. I got my coworkers to read the book, and I even convinced a few of them to sit in on an online webinar featuring David Allen himself. (He accidentally shared a screen that included some of his more personal Next Actions. It was weird.) I asked HR if going to one of the big GTD seminars, the kind they held in hotel ballrooms, would count as professional development.

The entire thing fit into my brain like a melody; instantly memorable, each piece flowing into the next.

But I got a lot of things done. I became known as the person who could balance multiple projects without missing a deadline. I wrote every responsibility down, broke it into its individual actions, and reviewed all of my outstanding actions once a week. I also did the part of GTD that is secretly the hardest; the one that turns GTD from a spreadsheeting system to a productivity system: I did the things on my list.

GTD works because it allows you to funnel all of your outstanding responsibilities into one place. You don’t have to waste brainspace thinking “gotta get toilet paper, don’t forget toilet paper” because it’s written down, along with “draft outline” or “email Melissa about invoice” or whatever else you need to do. (Yes, you can subdivide your list into categories, if you don’t want to see “get toilet paper” mixed into your work stuff.) This was the big gamechanger for me; the idea that I could write every little thing down, break it into its individual actions, and put all of those actions in the same document.

GTD also works because it gives you the capacity to quickly scan your list of tasks and actions — literally your entire life’s to-do list — and choose one action to complete right now. But you also have to complete it. Then, as soon as you’re done, you have to complete something else.

No matter how motivated you generally are, there are always a few tasks on your to-do list that you just don't want to touch. Instead of putting it off forever, motivate yourself by breaking it down into smaller, more manageable chunks.

How GTD Stacks Up to Other Productivity Apps and Systems

I’ve tried a number of productivity apps and systems since starting GTD. I downloaded and deleted Remember the Milk more than once; it was good, but I could track and organise tasks much more quickly on my spreadsheet.

For a while I tried offloading projects to a Kanban Chart, and while it was fun to move sticky notes around, I was just recreating data that I already had in my master GTD list — and I didn’t need two lists. (Having two lists means you might update one and forget to update the other, and if you have to spend time worrying if your system is accurate, that’s time you’re not spending doing something else.)

Productivity 101: How To Use Personal Kanban To Visualise Your Work

The best productivity methods keep your to-dos in front of you and prioritised so you never wonder what to work on next. Some are complicated, but others are organised simply by priority -- so easy you could use sticky notes if you wanted. Let's talk about one of those systems. Personal Kanban.

There was a period of time during which I didn’t keep a spreadsheet and transferred everything to Basecamp, because it gave me just the functionality I needed and nothing else. I wanted to keep a single list of Next Actions that I could subdivide into categories. I didn’t want the app to suggest, advise or organise on my behalf.

So I keep my spreadsheet. It looks a lot different than it did when I first started using GTD, but it works. Sometimes I think about switching over to a Bullet Journal — I do love coloured textas — but then I remember that paper gets crumpled and shoved into boxes and my spreadsheet system has this accurate record of everything I’ve completed, over multiple years, that I can pull up and reference whenever I need to.

How My GTD Practice Has Changed

I’ve been practising GTD for roughly 10 years now. I still write everything down, even if it’s a task I plan to do as soon as I get out of bed and go into my home office. (We all know that walking through a doorway causes us to forget things, right?)

I also still maintain a Dedicated Inbox for mail, the occasional paper document, and random stuff that has to go somewhere until I figure out what to do with it. I stopped using a Tickler Folder around 2012; Google Calendar could handle most of my reminders, and there wasn’t enough paper to maintain a 43-folder system.

Why Your Weekly Review Should Be On Monday

Weekly reviews are a great way to stay organised and make sure you're prepared for upcoming projects. Try scheduling your weekly review on Mondays to jumpstart the week, and ease into the week on a good foot.

I also sort my Next Actions by date — for example, “here’s what I want to get done on Tuesday” — instead of putting them all into the same list. I have a spreadsheet that I’ve organised as a calendar, and every day has its list of both professional and personal tasks that I check off as I complete them. When I process items into this spreadsheet, I not only break the items down into their individual actions but also decide on which day they will get done.

I still keep a separate list of Someday/Maybe actions on an old Basecamp account that I haven’t yet let go of — it contains a record of so many completed tasks! — although that Someday/Maybe list is mostly dead. GTD has made my someday now; I’ve accomplished so much by saying, “OK, I want to get this done. How — and when — am I going to do it?”

And then I do it. That’s the hardest part of Getting Things Done. The rest is just really good note-taking.