Will It Sous Vide? Plump And Juicy Duck Breasts

Hello everyone, and welcome to this edition of Will It Sous Vide?, the column where I make things with my immersion circulator.

Will It Sous Vide? Rich And Meaty Duck Confit

Hello everyone, and welcome to a rich and meaty edition of Will It Sous Vide?, the column where I make things with my immersion circulator.

Last week we confited some duck legs, but now we’re moving up the bird to the pecs, and giving them the ol’ hot-tub treatment. Of course, duck breasts are quite different pieces of meat than legs, so we’ll be taking a slightly different approach.

Cooking duck breasts sous vide is nothing new. Both The Food Lab and ChefSteps have cooked the fowl chest this way to very tasty results, but they go about it in slightly different ways. ChefSteps scores and pre-sears the skin — to help cut down the final sear time at the end — then cooks the breasts in a 58C bath for an hour and a half. The Food Lab skips the scoring and pre-searing, but lets the salted breast hang out in the fridge overnight to draw out some moisture and concentrate the flavours. These “extra ducky” breasts are then cooked in the bath for two hours at 54C. (I skipped the overnight drying step, mainly because I never have enough patience for such.) First, I salted the breasts, then — using my sharpest, thinnest blade — lightly scored the skin on one of the breasts, making sure to not cut into the meat. 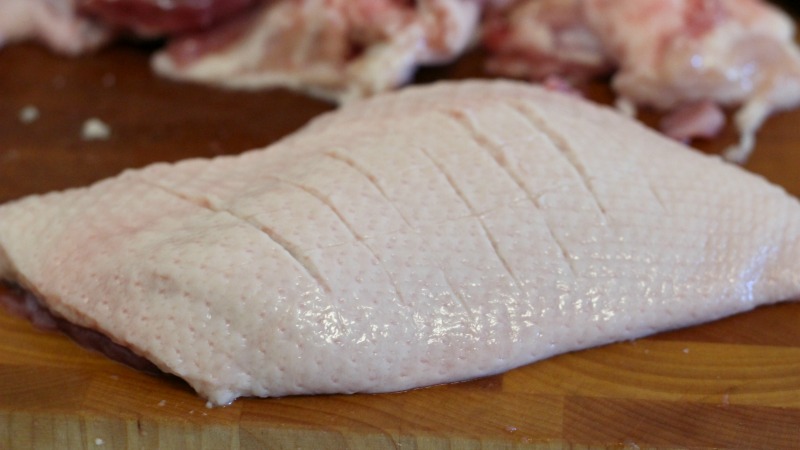 I then pre-seared the scored breast until the skin was a very light golden brown and the flesh side was lightly coloured. 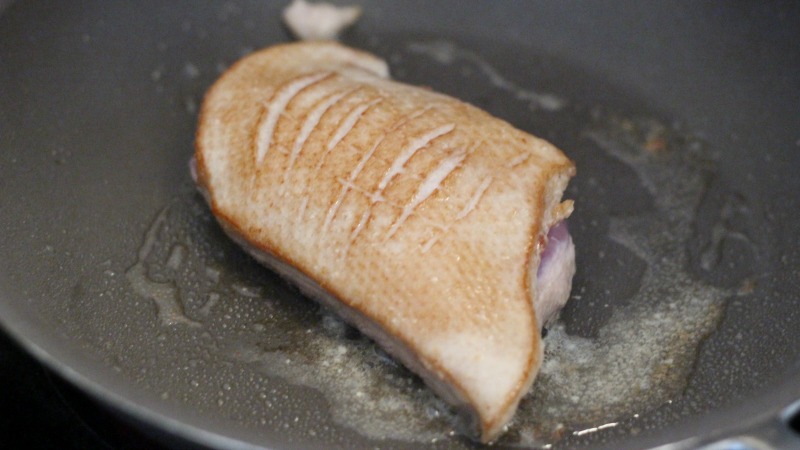 Both duck boobs then went into some little bags, where they hung out for an hour and a half at 58C, because ChefSteps seemed very confident in their temperature, and you gotta start somewhere. 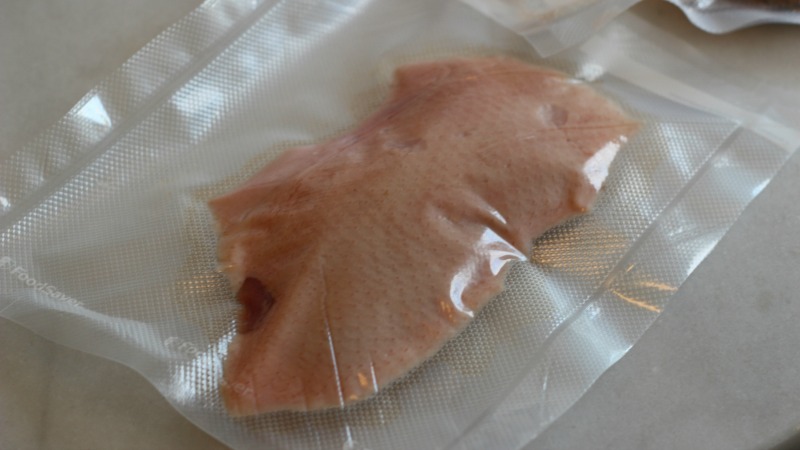 No scoring on this one.

No scoring on this one.

After their allotted time in the tub, I took ’em out for a final crisping. As Kenji points out in his recipe, duck skin is pretty thick, and insulates the meat from further cooking. As you can see from the below photos, both skins crisped up in a very pleasing fashion. 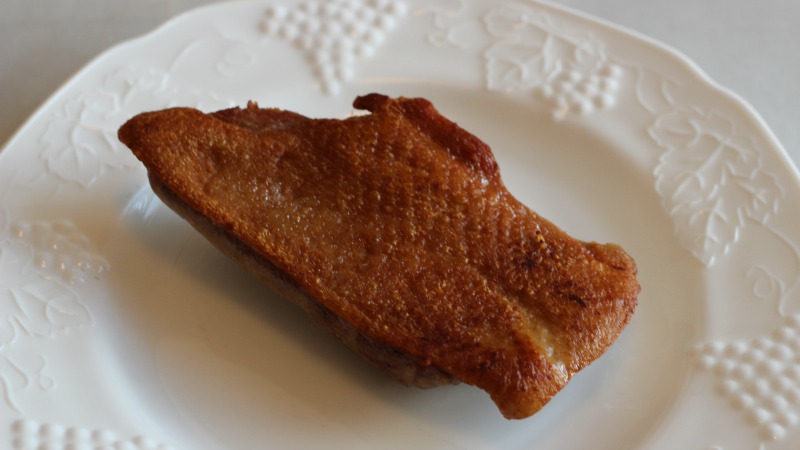 The non-scored, not pre-seared breast.

The non-scored, not pre-seared breast. 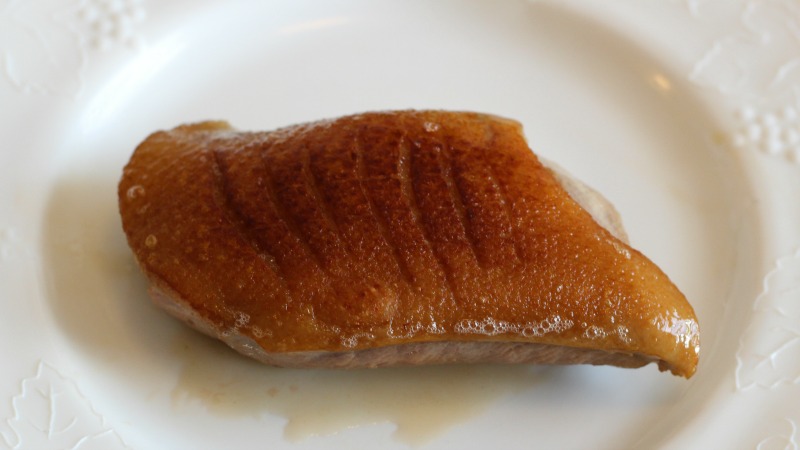 The pre-seared breast had a more plump appearance, and I kind of liked how the score marks looked, but there was no difference in taste or texture of the meat or skin. 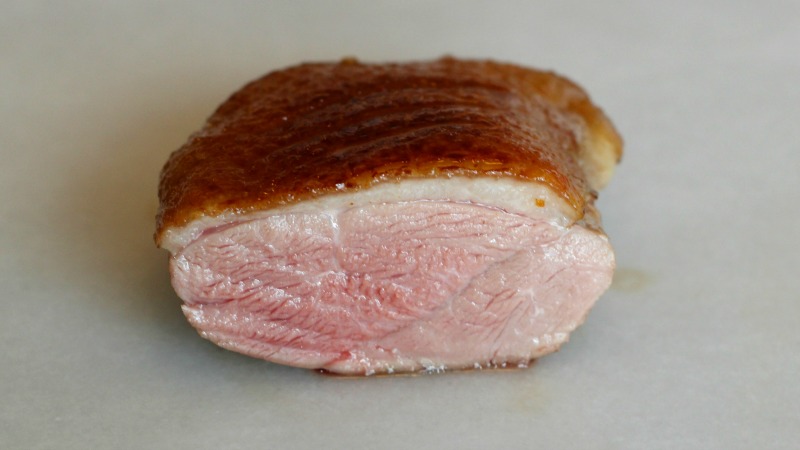 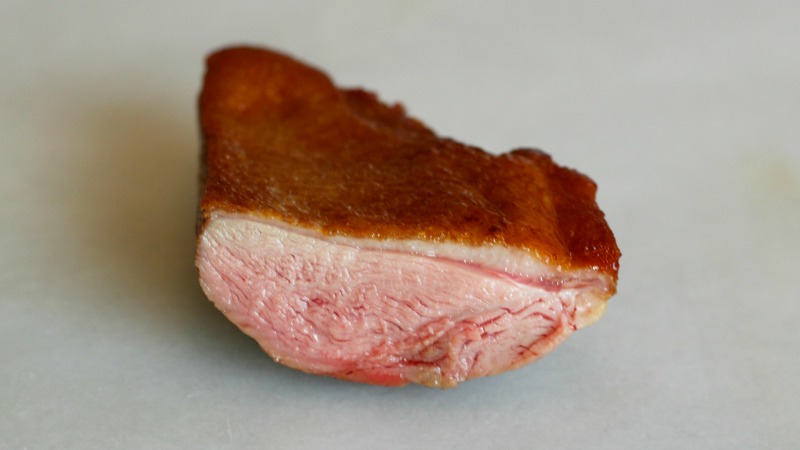 All breasts are beautiful.

All breasts are beautiful.

The 58C bath cooked the breasts to a pretty perfect medium. They were juicy and tender, and not at all chewy, with a lot of ducky flavour — even though I had skipped the overnight drying step — but I wanted to see if we could get the skin even crispier. Taking a cue from The Food Lab’s sous vide turkey breast recipe, I decided to try removing the skin from the meat and frying it on its own, after it had done its job of supplying all of that wonderful fat during the cooking of the meat. I also wanted to try a lower temperature because — while the medium-cooked breasts were without flaw — I like consuming meat that is as rare as polite society will allow.

So I salted two more breasts and scored them — I just like how the score marks look, to be quite honest — and put them in the bath for two hours at 54C. After they had served their time in the bags, I removed them and, using my fingers and a very sharp knife, carefully rolled and sliced the skin away from the meat, taking care to not take any of the delicious duck flesh with it. Then, while the breasts had a rest, I fried both sides of the freed skin, resulting in an uber-crispy, almost crackling-like skin. 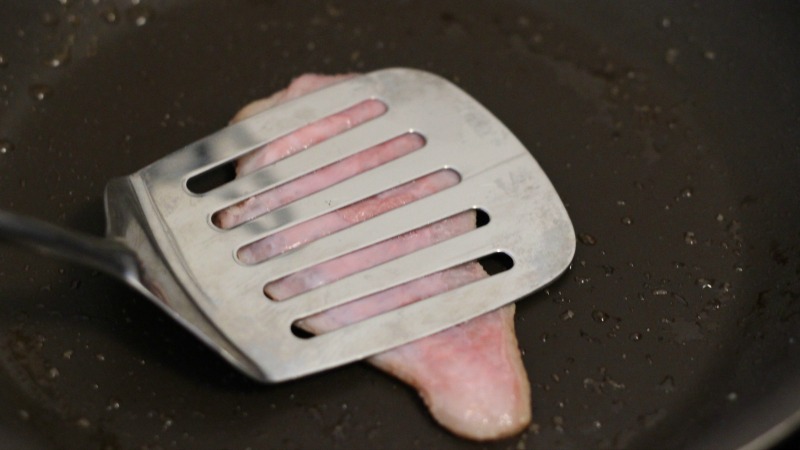 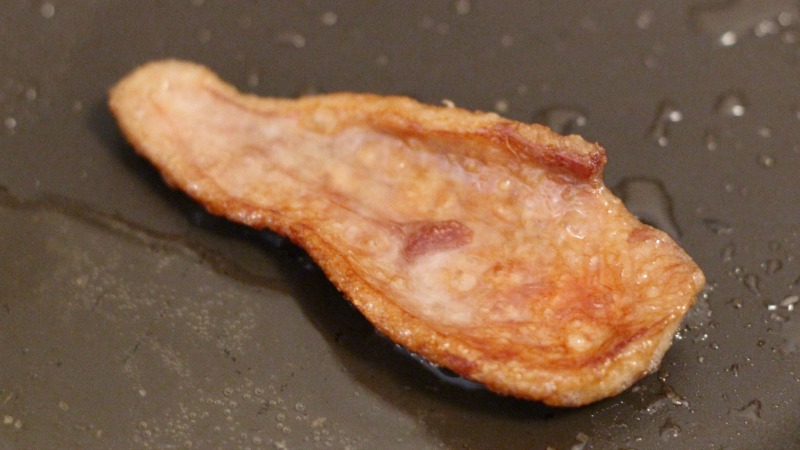 I then served the extra-crispy piece of duck skin along with the extra-succulent, medium-rare cooked breast, and there was much rejoicing. In terms of which temperature you should choose, I’d say it’s a matter of personal preference. As one would expect, a lower cooking temperature resulted in a rarer piece of meat that was softer and more supple than its medium-cooked counterpart, with just a touch of chew. 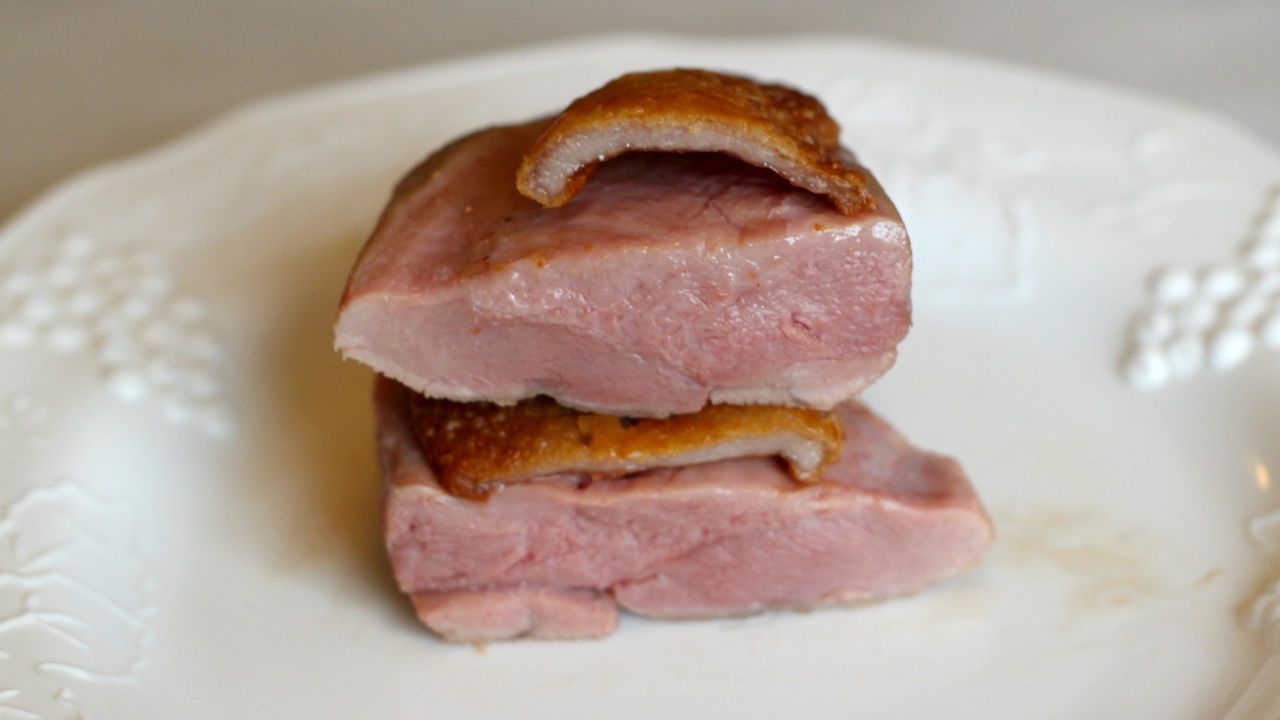 So now we must ask everyone’s most favourite question of all the questions. Will duck breasts sous vide? 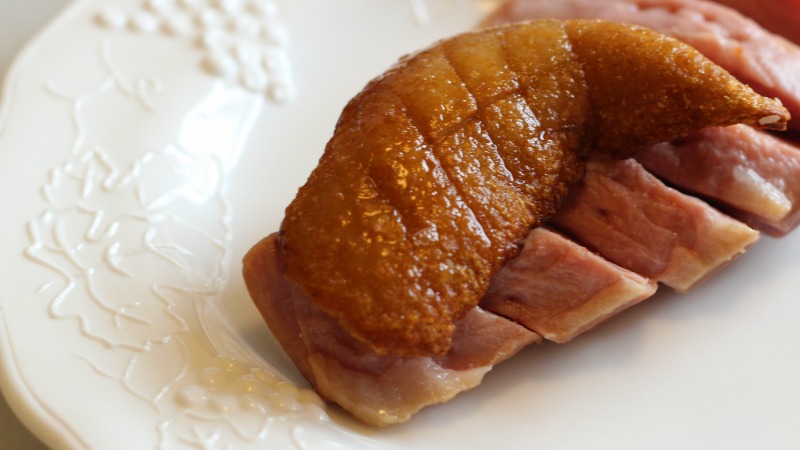 Look, I can cook a duck breast in a pan, but it’s always kind of a fraught affair, as they’re kind of easy to overcook if you tend to get distracted (and I am very easily distracted). They’re also quite expensive, so screwing them up is particularly traumatising. No matter what temperature you prefer here, an immersion circulator gives you complete control over the outcome, resulting in succulent and juicy breasts that are cooked perfectly from edge to edge, no matter how frazzled and forgetful you are. Couple that with a super crisp piece of duck skin, and you have an easy, tasty piece of duck that will wow whoever is lucky to be your dinner companion. (Or you could just keep all the duck to yourself. I think you deserve it.)