Will It Sous Vide? A Boozy Chocolate-Cherry Sundae

Welcome to this week’s edition of Will It Sous Vide?, the column where I make things with my immersion circulator.

Will It Sous Vide? Plump And Juicy Duck Breasts

Hello everyone, and welcome to this edition of Will It Sous Vide?, the column where I make things with my immersion circulator.

I have a few subjects I want to tackle because they keep coming up again and again. One of those topics was ice cream and, since it’s supposed to get hotter than the dickens in the US within the week, I went ahead and pulled the icy trigger.

You may not think of ice cream as something that needs to be cooked but, if you’re making a custard base with eggs, you gotta cook that base, and you have to do so carefully. This usually involves a lot of gentle heating and tempering, but sous vide allows us to do away with all of that.

I’m certainly not the first one to realise this. ChefSteps has a sous-vide-specific ice cream recipe, as does Anova, but I wanted to see if I could take a random ice cream recipe and prepare it using my immersion circulator. I also didn’t see a reason to stop at the ice cream, and decided to make a sous vide sundae, complete with boozy cherries and a chocolate magic shell. First, let’s talk about those boozy cherries. 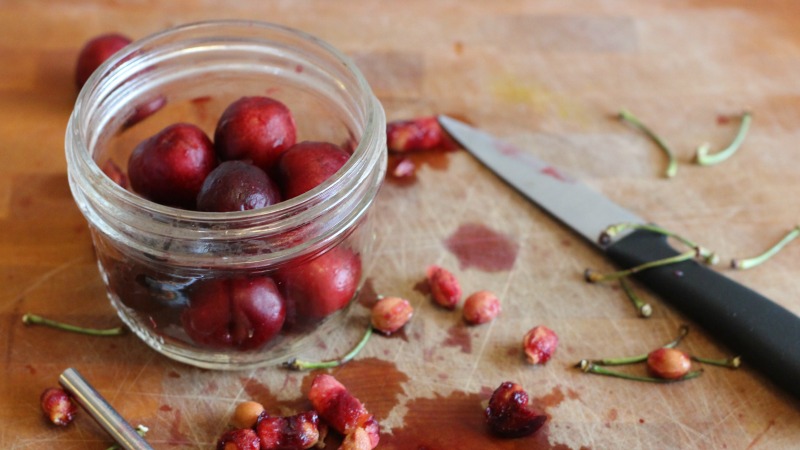 A sweet and syrupy cherry is always a nice touch on top of a glorious mound of ice cream, but a rum-soaked cherry is more my speed. As we learned from our sous vide gin experiments, an immersion circulator really speeds up the whole infusion process, and you can make your very own rum-drenched (or bourbon-drenched) cherries in just two hours. 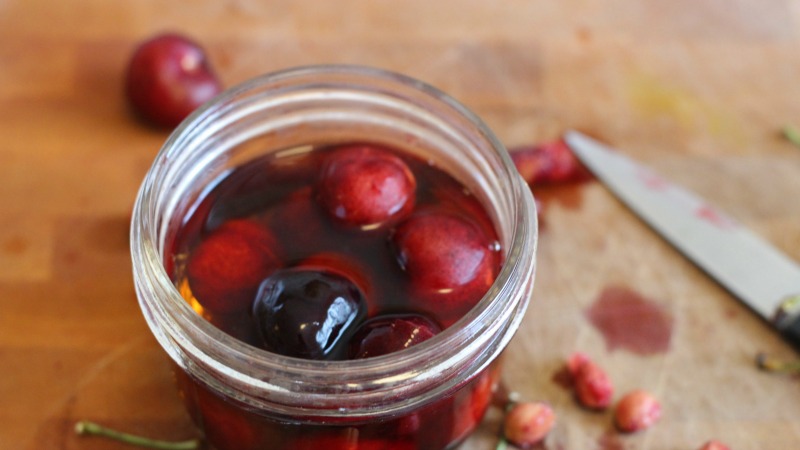 To make these rummy little morsels, I pitted some fresh cherries — I use a metal straw or a chopstick — chucked them in a jar, and poured some dark rum on them. I then placed the jar in a water bath set to 57C and let it hang out for a couple of hours. 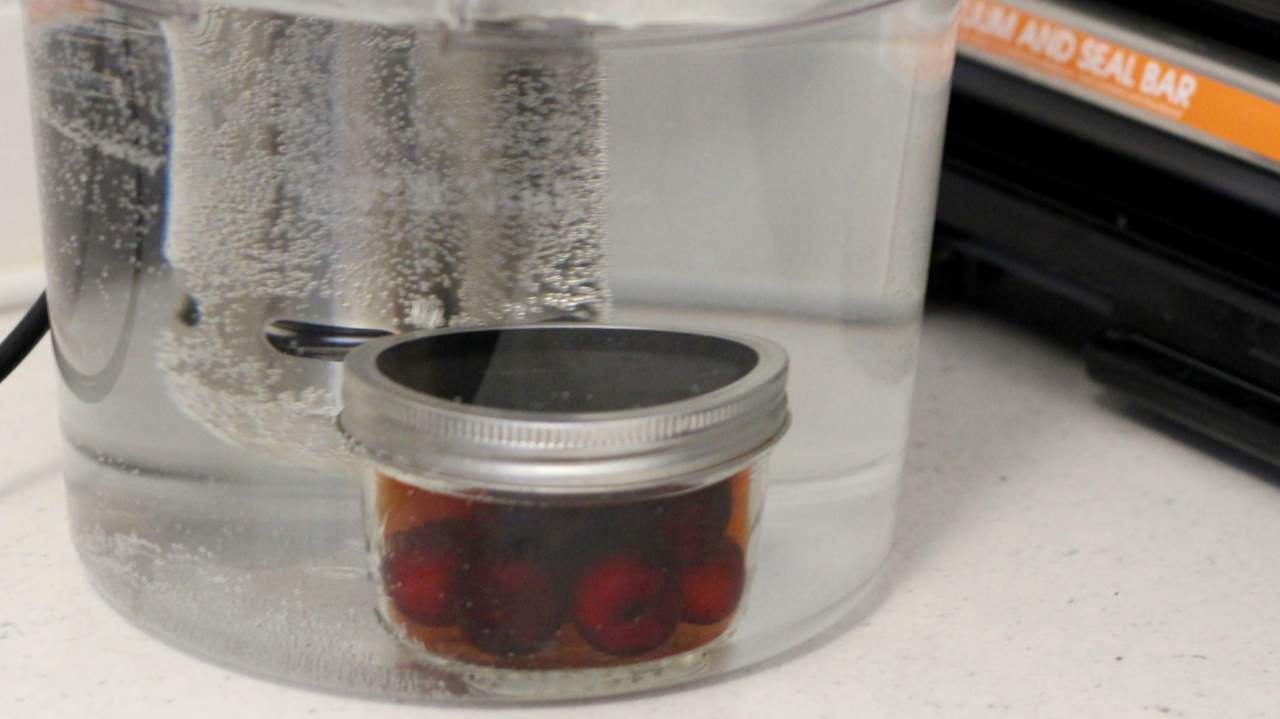 After two hours, I not only had rum-flavored cherries, but cherry-flavored rum, and I was very happy about each in their own right. I put them in the fridge and turned my attention to the ice cream. 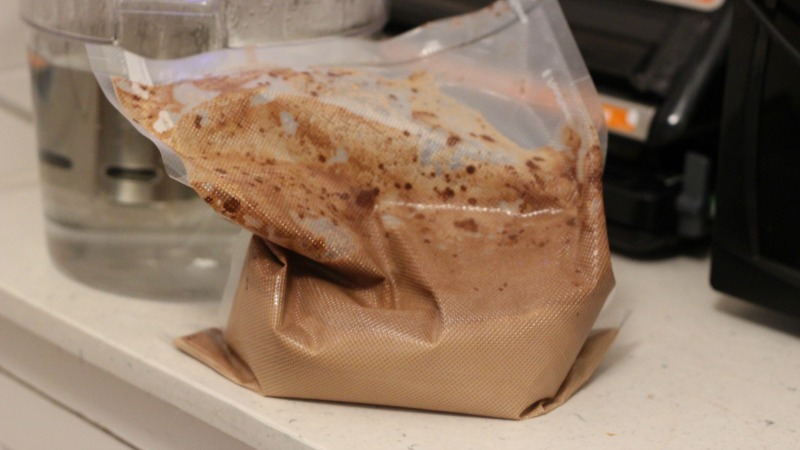 Due to some mild childhood trauma, homemade ice cream has always given me a bit of anxiety. As a child, I spent most of my summers in northern Mississippi, hanging out with my grandparents and going to Vacation Bible School. In addition to Vacation Bible School, this particular church always hosted an ice cream supper — not social, supper — and my grandfather always made peach ice cream, which everyone enjoyed. But one year, he got a wild impulse and decided to try his hand at German chocolate. Grandmother was sceptical and later, when Granddaddy simply could not get the batter to freeze, they proceeded to have a row, and I proceeded to develop an anxiety disorder around homemade ice cream.

I guess you didn’t really need that information, but it helps set the tone for how this particular sous vide experiment felt. To see if my Anova could be used to cook any ice cream batter — or at least one I chose at random — I decided to try Alton Brown’s chocolate ice cream, because I like chocolate and thought it would play particularly well with the alcoholic cherries.

First, I whisked together the single cream, egg yolks, sugar, vanilla and cocoa powder until combined using my stand mixer. I then added the whipping cream and whisked some more, taking care not to whip it. This all went into a bag, which I sealed and then cooked for an hour in a water bath set to 85C, taking it out to agitate the batter every 15 minutes or so. 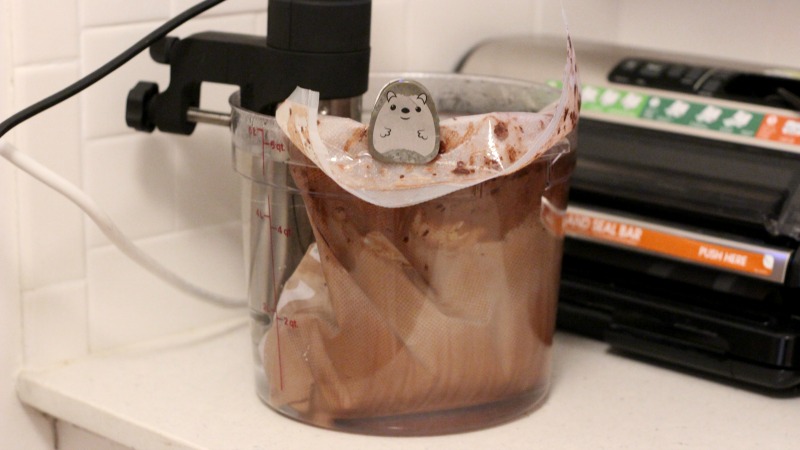 I then let the bag cool on the counter for about half an hour, then stuck it in the fridge to chill overnight. 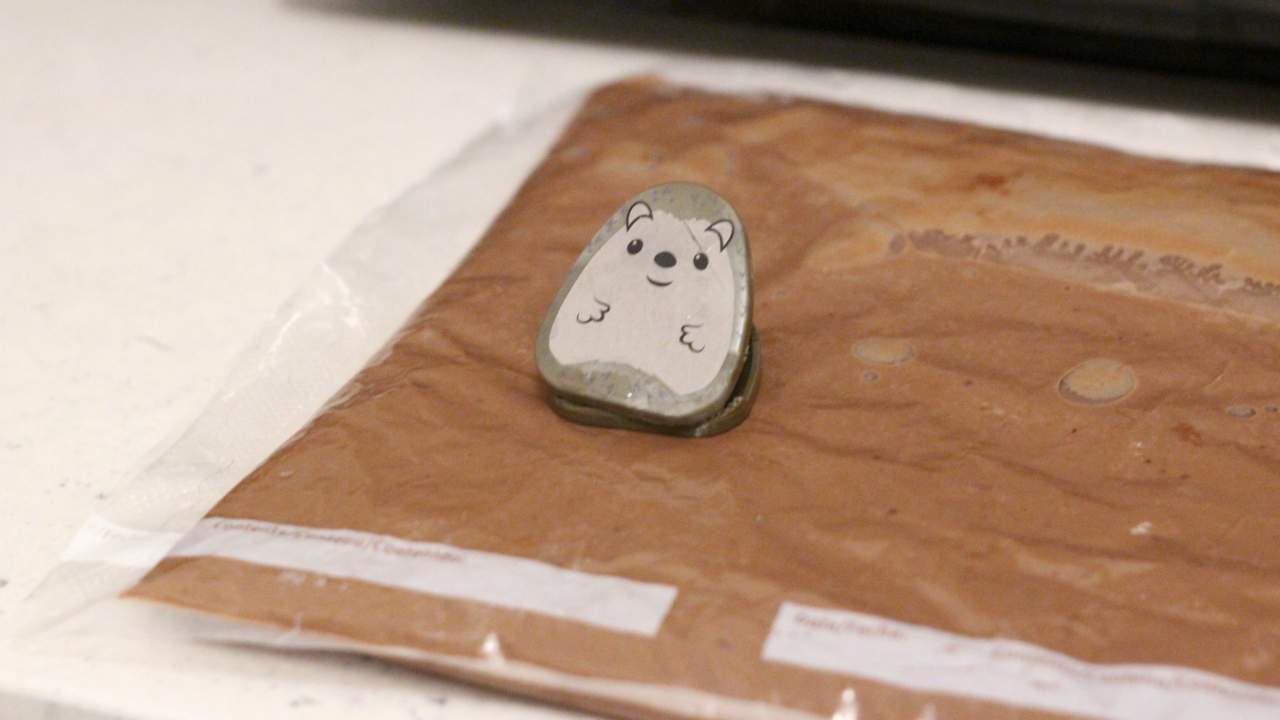 The next day at approximately five in the morning, I woke up in a cold sweat, panicking that my batter wouldn’t churn. I slept fitfully for the next few hours and then, would I could delay my fate no longer, removed my Kitchenaid freezer bowl from the freezer and started churning. 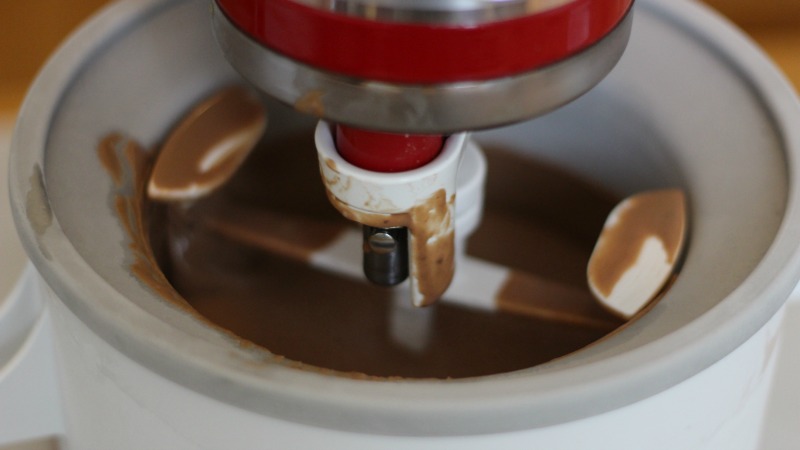 After about 35 minutes, the ice cream had reach the point of very soft serve. 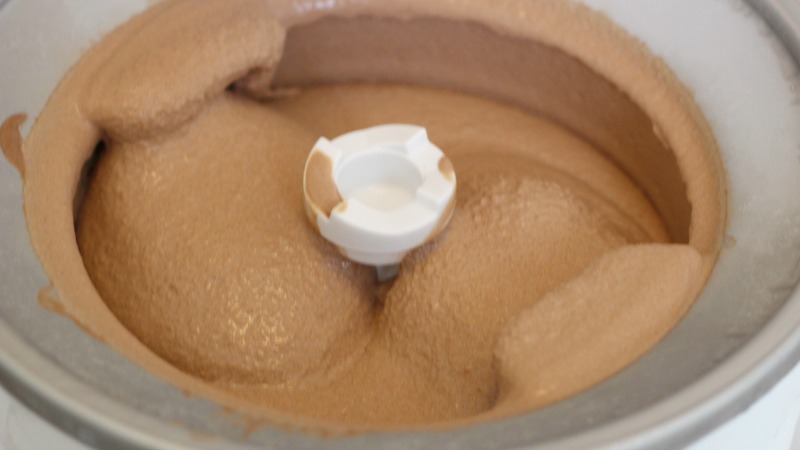 Actually, the texture was somewhere between “extra thick milkshake” and “soft serve” and, while it was very tasty, this wasn’t quite the end point I was looking for, so I scooped it into a container and popped it into the freezer for a few hours, still feeling ill at ease about the entire situation. 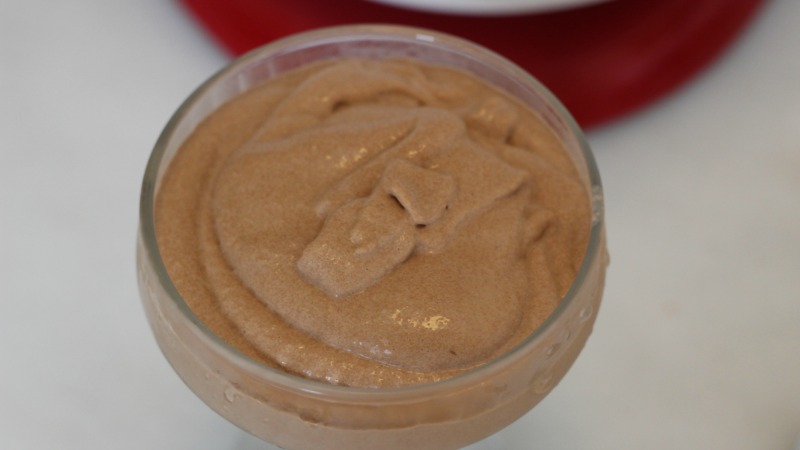 This serve is a little too soft.

This serve is a little too soft.

Fortunately, everything turned out just fine. Once I knew my ice cream was acceptably frozen, I was able to focus on a chocolate magic shell. If you’ve never made magic shell at home before, know that it is very easy. All you need is good chocolate and some coconut oil. 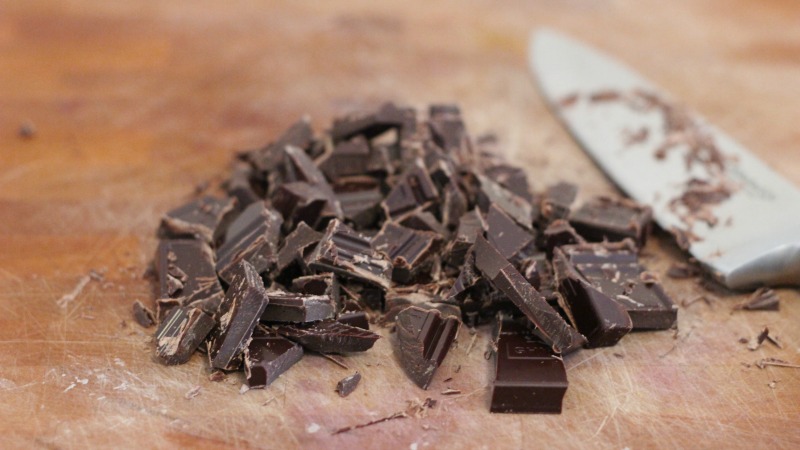 Techinically, you don’t need to prepare this tasty topping sous vide — you can use a double boiler or the microwave — but sous vide is the most hands-off way to approach it. All I had to do was place my two ingredients in a bag, set that bag in a bath set to 46C, and take it out once the chocolate was melted, giving it a couple of squishes to make sure everyone was fully acquainted. 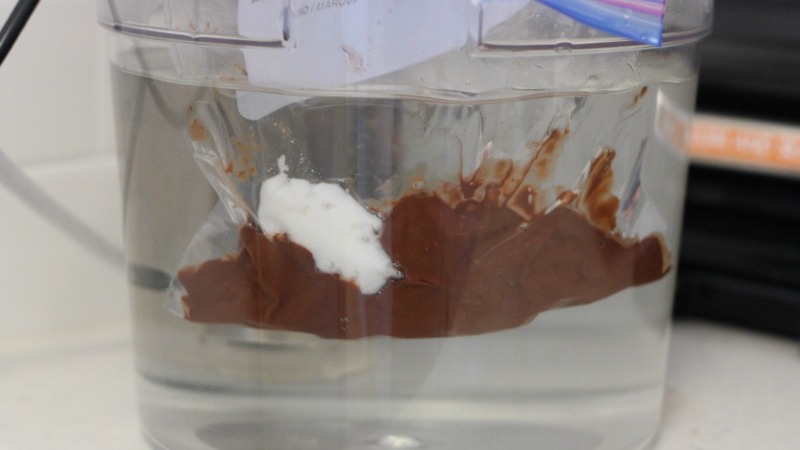 Then it was time to assemble the sundae. I scooped some ice cream. 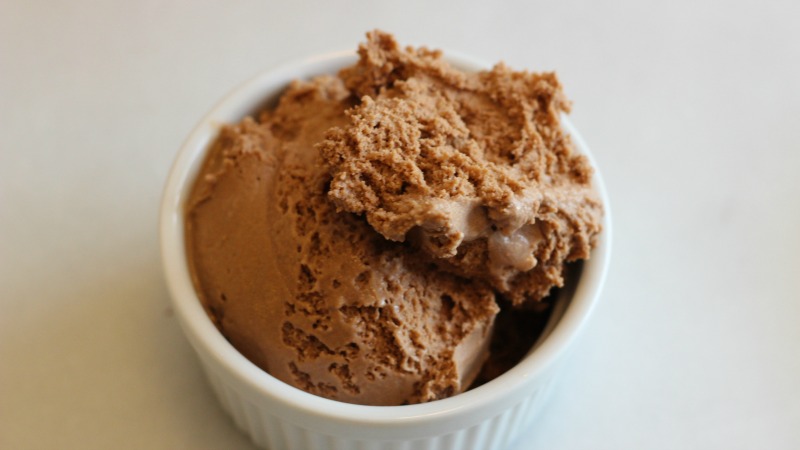 Then I drizzled on the shell and topped it all with a boozy cherry. Then I ate it. 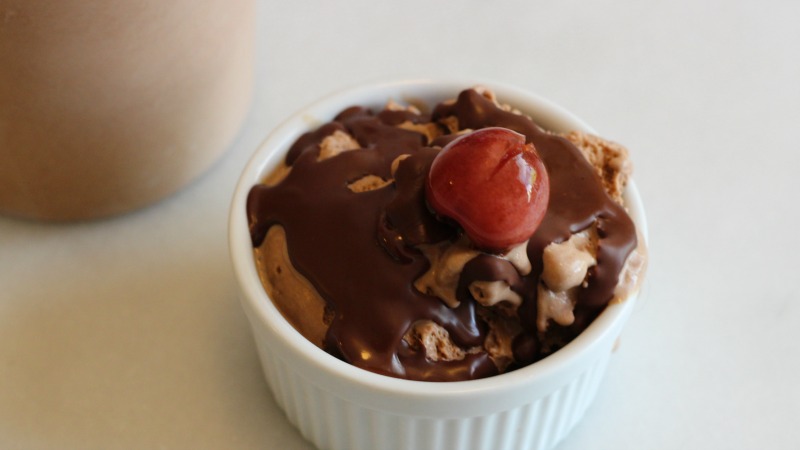 So now we must ask ourselves: Will a boozy, chocolate-cherry ice cream sundae sous vide? 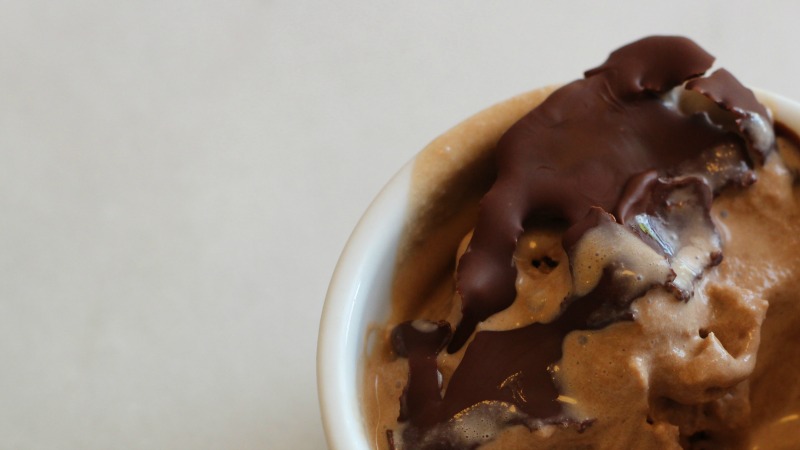 The answer: Why yes, my beautiful babes, it will, and I doubt I’ll ever cook an ice cream batter on the stove ever again. In spite of all of my ice cream anxiety, this was the easiest batch of frozen dairy I’ve ever made, and the ice cream was everything it should have been: Creamy, luscious, almost fluffy in texture, but still very rich.

Combine that with surprisingly stiff, rum-soaked cherries, and the easiest, most hands-off magic shell ever made, and you have a sous vide sundae to satisfy your most decadent desires. Man, I’m glad we finally tackled this topic, aren’t you?