How To Turn Your Smartphone Into An (Almost) Nintendo Switch

Nintendo’s questionable supply chain strategies mean there are still gamers trying to get their hands on a Switch, two months after its release. But why bother trying to hunt down another console when the smartphone in your pocket can already do almost everything the Switch can — with a few upgrades.

Nintendo Switch Review: Plays Zelda Great, Doesn't Do Much Else

After a shipping snafu with Amazon, I spent the better part of a day trying to track a Nintendo Switch down. I experienced exactly what many hopeful Switch owners will experience. And now I've spent the last few days living the Switch life, playing the best it has to offer and I can say, unequivocally, that this system is not worth the hassle of tracking it down.

You probably occasionally use your smartphone as a portable gaming machine, although limited to just quick rounds of Candy Crush as you ride the subway every day. But a modern smartphone, with a beefy processor and a decent-sized display, can do almost everything the Nintendo Switch can (sadly Breath of the Wild will still be out of your reach).

What We Know About The Nintendo Switch's Garbage Graphics

The Nintendo Switch looks like it might be complete weaksauce when compared to the best consoles from Sony and Microsoft. But the real question is. Does that matter? Probably not.

In fact, your smartphone might actually offer a few upgrades over the Switch! There are far more games available, including emulators that let you play classic titles from almost any console. Though you’ll need to put in a little effort if you want to play old Zelda games on your iPhone.

Besides games, your phone almost certainly offers a better visual experience than the Switch does. Nintendo chose to use an LCD display limited to a resolution of just 1280×720 pixels and many smartphones are capable of at least full 1920×1080 HD resolutions with colour saturation and fidelity that far outperform the Switch’s screen.

But having access to thousands of great titles on a beautiful screen means nothing when trying to play action games using a touchscreen. Ask anyone who’s tried, it is an act of absolute frustration.

So the first upgrade you’ll need to turn your smartphone into a Switch are some better controls. After all, touchscreens suck when it comes to playing games that require more than just tapping the screen. With the right accessories you can almost perfectly emulate the Switch’s handheld gaming experience, or connect multiple wireless controllers for some mobile multiplayer.

The closest you’ll get to recreating the Nintendo Switch’s form factor is the $150 Gamevice that wraps your smartphone in a pair of halved controllers featuring analogue joysticks, a directional pad and a set of four action buttons. You’ll at least need an iPhone 6 to use it, but it connects to the device’s Lightning port without the need for battery-sucking Bluetooth. 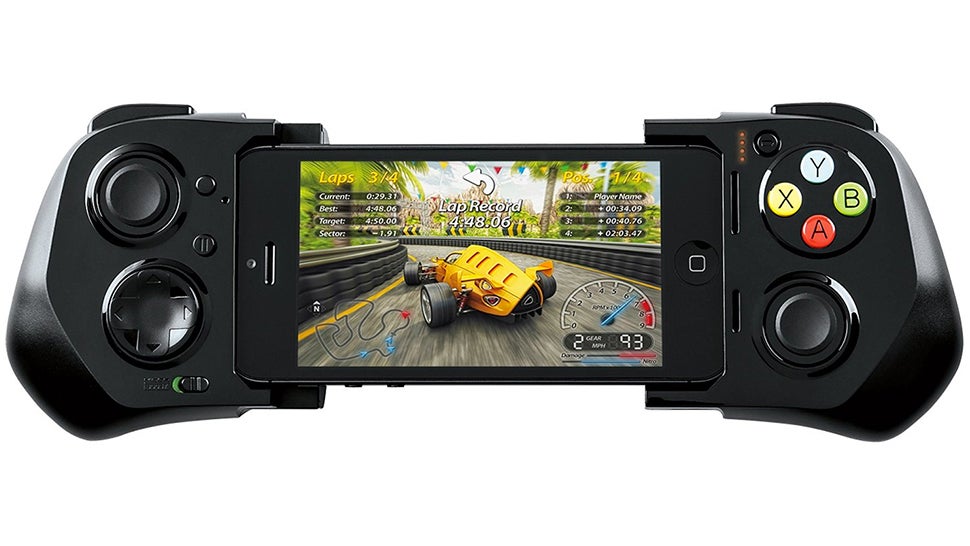 It’s essentially the same product as the Gamevice, but the MOGA Ace Power packs a rechargeable battery to help keep your smartphone running longer, but it’s only compatible with older iPhones. Anything larger than the iPhone 5s will be too big for the MOGA Ace Power to wrap around. Australian stock is hard to come by, but you can always hit up eBay, where prices start at $34 (including postage). 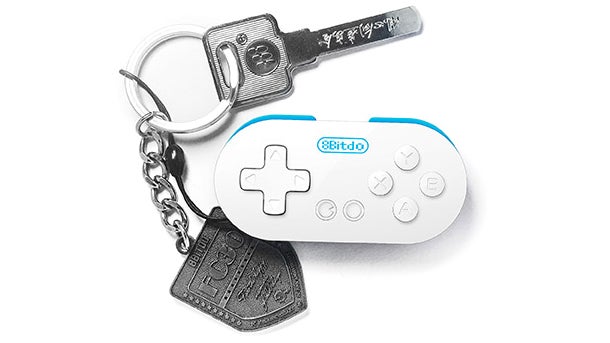 The Switch’s two controllers handily slide off either end of the console to be used for multiplayer experiences, and if you want a similarly super tiny controller for your iOS or Android device than maybe you should consider the $30 8Bitdo Zero. It works with any device that can wirelessly connect to Bluetooth peripherals and offers basic controls including shoulder buttons, a directional pad, and four action buttons. 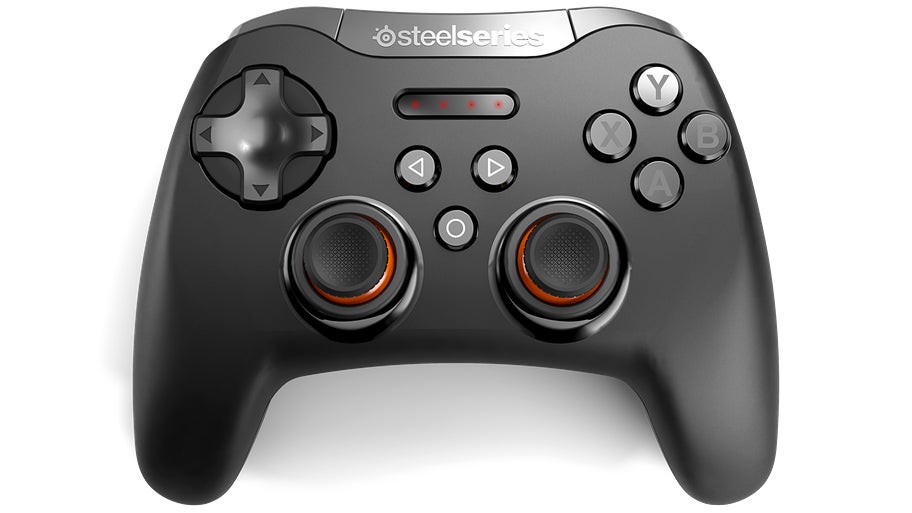 We’re a big fan of SteelSeries, so while the $89 SteelSeries Stratus XL isn’t ideal for travelling, we still think it’s a good choice for when your smartphone’s connected to a TV for big-screen gaming. It’s not as cool as a Switch controller but its a comparable alternative to the Nintendo Switch’s Pro Controller. And while it doesn’t have any force feedback features, it does promise 40 hours of gameplay on a single pair of AA batteries. 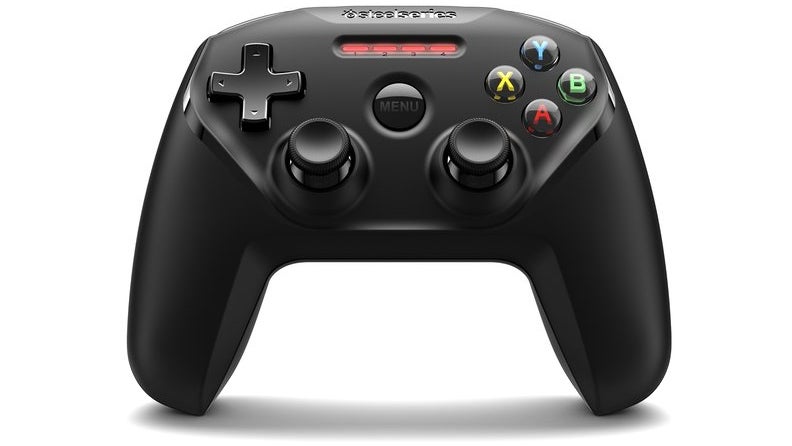 The $100 SteelSeries Nimbus wireless controller is the iOS equivalent of the company’s Stratus XL, giving you essentially the same experience as the full-size Nintendo Switch Pro Controller. With a few bonuses: It can be charged using the same Lightning cable you plug your iPhone into every night and it features a dedicated menu button for navigating iOS or your Apple TV. 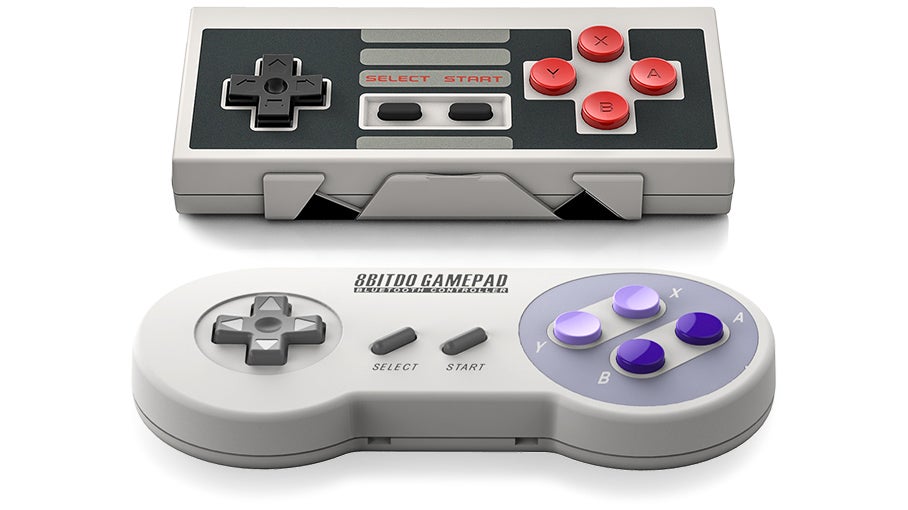 The Nintendo Switch will inevitably get access to the company’s Virtual Console, letting you play your favourite classic games. But with a smartphone running an emulator you can play them all now. And with 8Bitdo’s $53 NES and SNES Bluetooth controllers, near-perfect recreations of the originals, you might feel like you’re back in your parent’s basement, slamming cans of Passiona while playing Super Mario World.

One of the Nintendo Switch’s most unique features is its ability to transform from a handheld gaming system to a part of your entertainment center so you can play your games on a big screen TV. The Switch relies on a cumbersome dock to do this, but there are more elegant ways to connect your smartphone to a TV, including going wireless.

There are pros and cons to each approach, however, so you’ll need to decide what works best for you. Going wireless means you don’t have to deal with your smartphone being tethered to a long HDMI cable. But it might mean some costly hardware upgrades if you don’t already have a reliable wireless network in your home, or a TV setup that facilitates streaming from a mobile device.

Using a video adaptor physically connected to your TV means you’ll have to wrangle HDMI and charging cables while you play. Yet it also guarantees smooth frame rates at all times, and the ability to enjoy your games on a friend’s TV, or a TV in a hotel room, where you can’t easily connect to a reliable (or secure) wireless network. 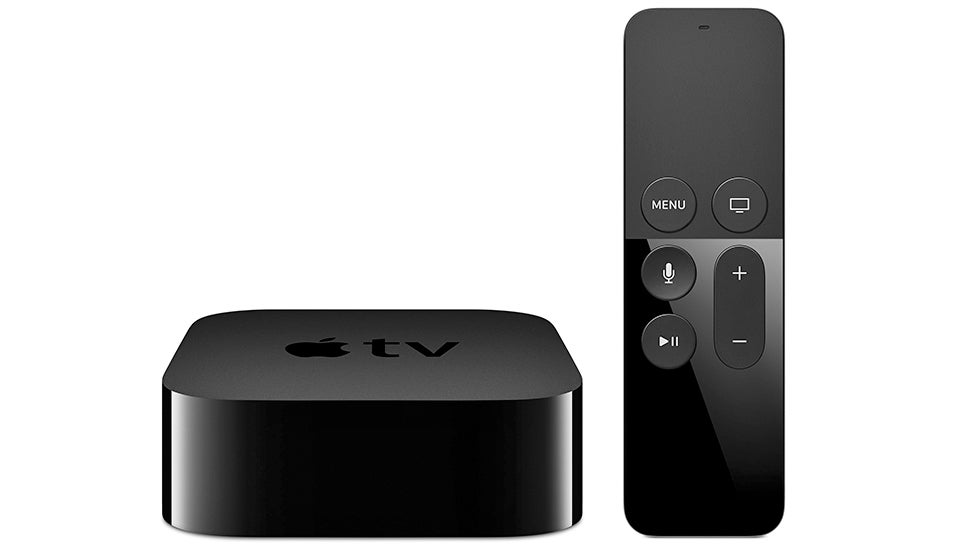 If you want to wirelessly connect your iPhone to your TV using AirPlay, the Apple TV is your easiest solution. However, at $239 it’s half the price of a Nintendo Switch and you’ll need to ensure your wireless router is up to the task of streaming video to your TV without dropping frames, which can ruin the gaming experience. 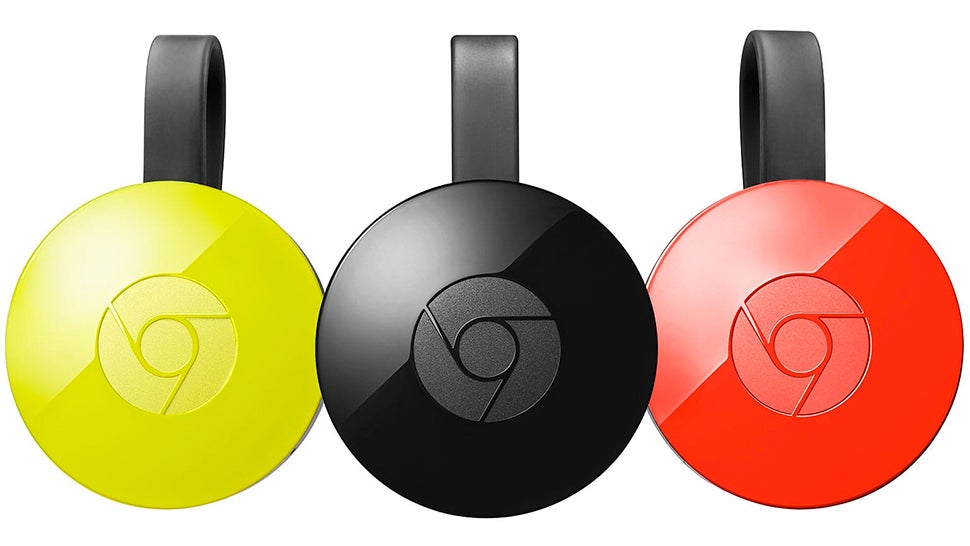 Chromcast can with iPhones games streamed to the TV too, but the experience isn’t always pleasant. Yet, for mirroring the gaming action on your Android smartphone to a TV, using a Google Chromecast is the way to go. Its small and unobtrusive and is only $59. That’s a downright bargain — as long as you can live with resolutions that top out at 1920×1080 HD. 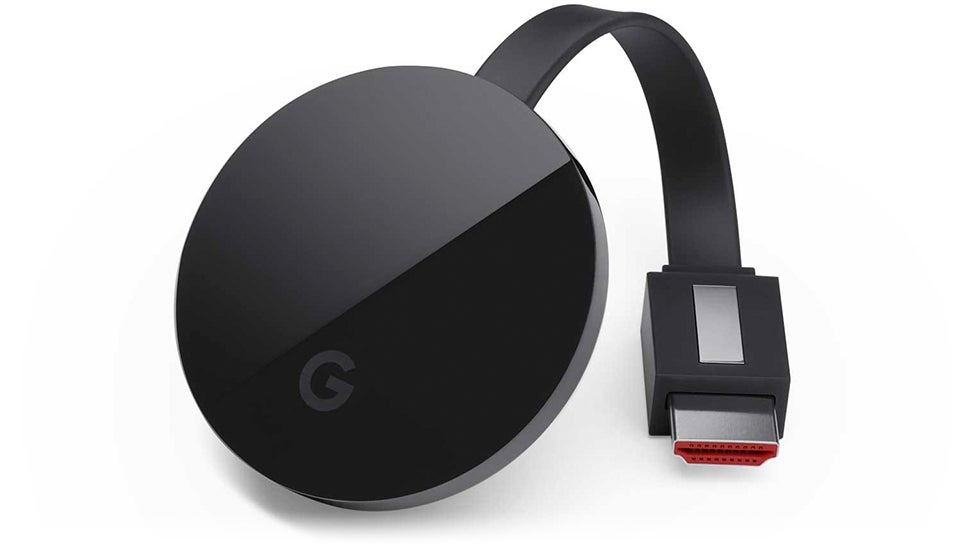 Can the Nintendo Switch do 4K? Nope. But your Android smartphone probably can when connected to your TV via the Google Chromecast Ultra. It goes $99 — just ten dollars more than a Switch game and it has an ethernet port for connecting directly to your router. That should help take some of the load off of your wireless network to ensure solid frame rates when streaming your favourite games. 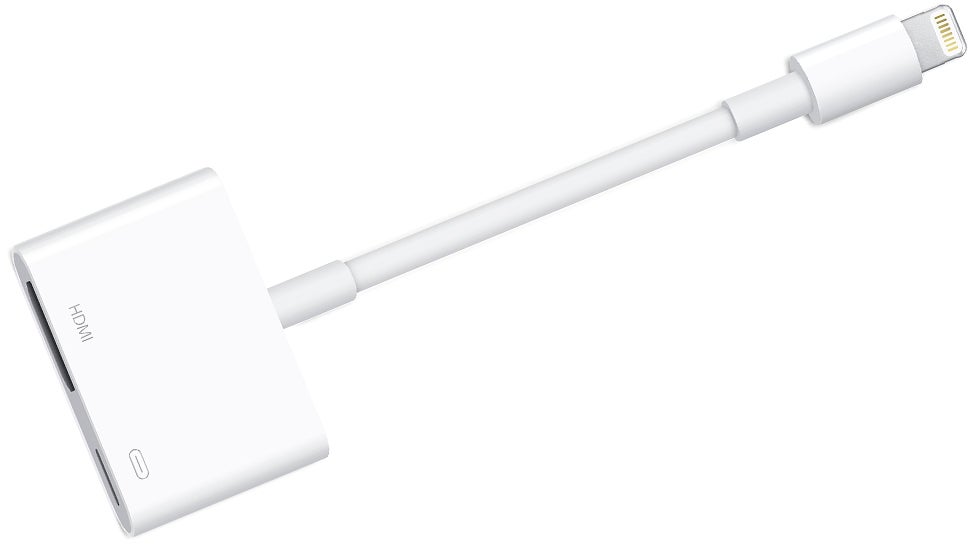 Reliable wired options for iOS devices are few and far between. If you’re using an iPhone your best bet is to shell out a few more bucks to Apple and buy the $75 official Lightning to HDMI adaptor. Fortunately it also includes an additional USB-C port so you can power your device while it’s connected to a TV using its Lightning port. 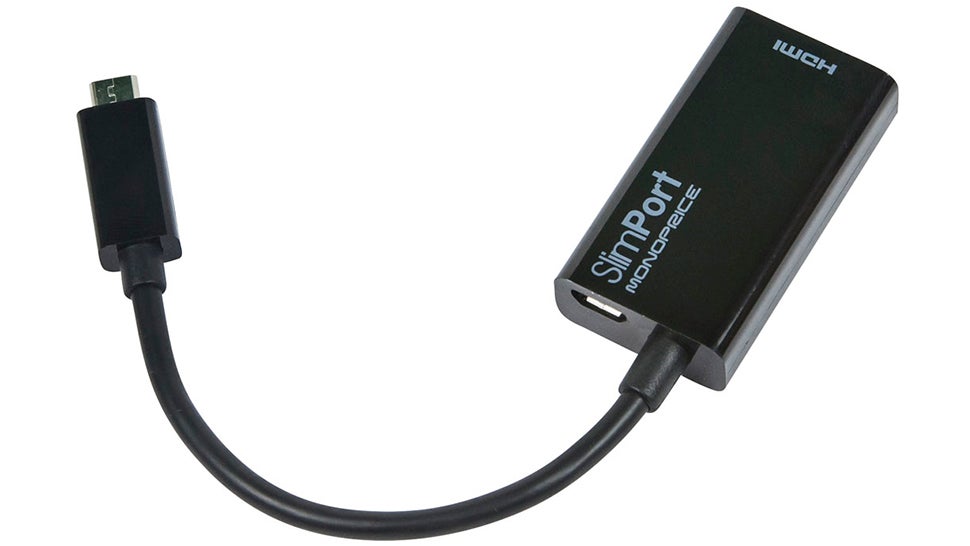 If you’re using an older Android device that doesn’t have a USB-C connection, you’ll need this microUSB to HDMI adaptor. You probably won’t be able to push 4K resolution games to your TV, but at $8 it’s a cheap and compact solution. 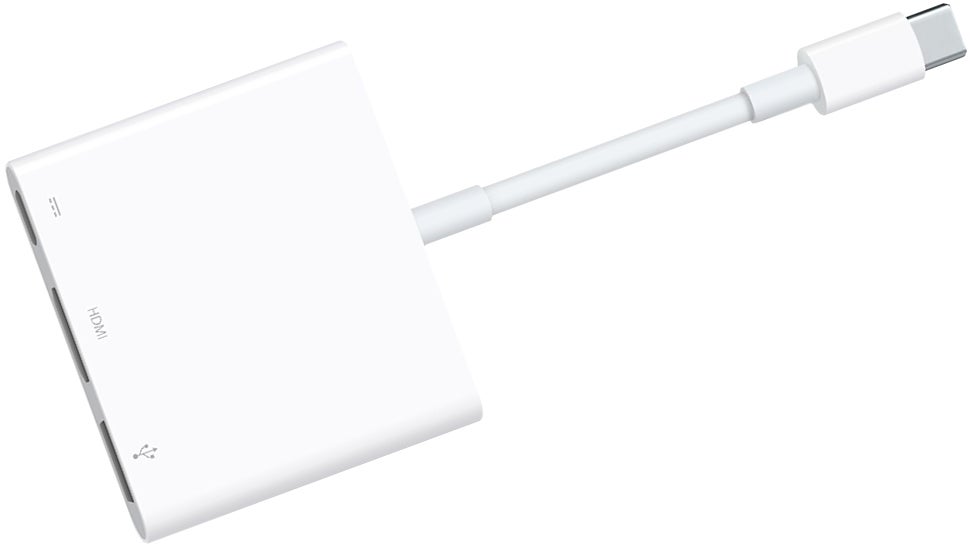 The iPhone doesn’t support USB-C just yet, but most of the Android smartphones released in the past year do. As do many laptops. So Apple’s USB-C to HDMI adaptor might be worth the $109 investment. When you’re not using it to connect an Android smartphone to your TV for gaming, it also has a USB-A port for connecting older peripherals to your fancy new laptop. 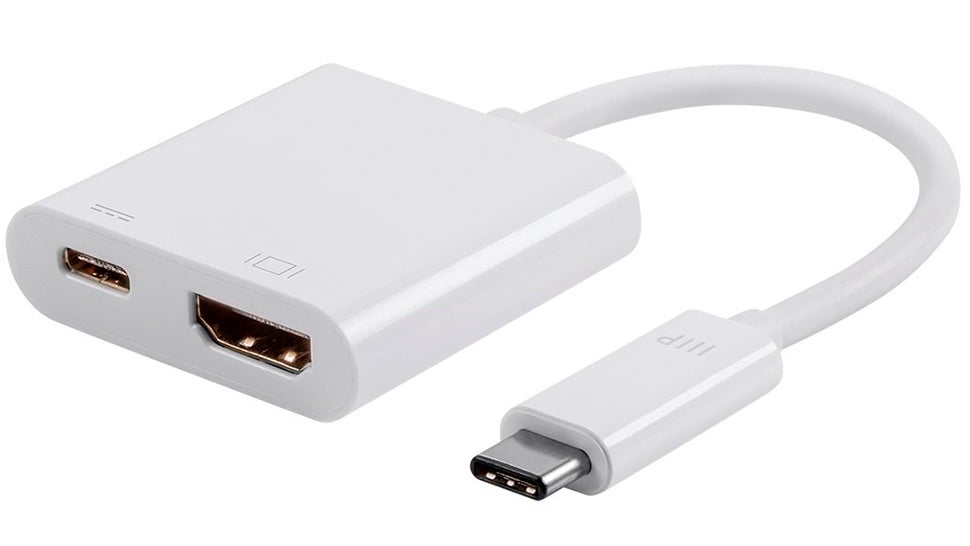 This is where your makeshift smartphone Switch can run laps around Nintendo’s console — at least in terms of selection. At the moment, the best reasons to buy a Nintendo Switch are Zelda: Breath of the Wild, and Mario Kart 8 Deluxe. That’s just two games. They both happen to be very good games, but the iTunes App Store and the Google Play store both have thousands of titles you can download, and plenty that are actually good.

But which platform offers the better gaming experience? Apple’s walled garden approach to its app store means you’re less likely to get fooled buying a knock-off game. Its MFi certification program also ensures that if a controller says ‘Made for iPhone’ on the packaging, it’s guaranteed to connect and work with your phone right out of the box. Not all iOS games will work with a MFi-approved controller, however, and using a generic Bluetooth gamepad with your iPhone is hit and miss.

Android smartphones, on the other hand, have access to the Google Play store, which is like the wild west when it comes to content. Anything and everything goes, and you can probably find exactly what you need if you know where to look. That includes games, apps for remapping the buttons on a Bluetooth controller so it works flawlessly with any title, and emulators.

Part of the appeal of recent Nintendo consoles has been the company’s Virtual Console which allows you to play classic NES, SNES, and Game Boy games on modern hardware. But with the right emulator, Android smartphones can play classic games from countless different consoles, including the Atari 2600, Playstation, Game Boy Advance, PSP, PS2 and even the Game Cube. As for finding those games (commonly referred to as ROMs) that’s between you and a strategic Google search.

How To Build Your Own Mini SNES

The NES Classic Edition is almost perfect -- short controller cords not withstanding -- and if you can buy one, it's one of our favourite gifts, especially if you don't want to leave the house. But it only plays NES games, and 30 games at that. Plenty of people -- us included -- would love a tiny system to play our favourite Super Nintendo games. Or Genesis games.

Can you play games like Zelda: Breath of the Wild or Mario Kart 8 Deluxe on your smartphone yet? No. So the Nintendo Switch will always be able to hold that over your smartphone FrankenSwitch. But you just saved yourself $US300+ ($404)+, and having to wait in yet another line hoping that Best Buy has restocked enough of them.