How To Turn Peels And Rinds Into Delicious Snacks

I’ve never been a huge fan of peels, crusts, or any hardened, outer portions of various foods. Though I rarely take the time to do it, I prefer my apples peeled, and I still remove the crusts from my sandwiches if I’m feeling slightly juvenile. As a result, I tend to shy away from recipes that advocate the straight-up chomping of peels and the like.

But food waste is dumb, and I’m a big fan of re-purposing supposed rubbish, so I decided to test out a few peel and rind-centric snacks, to see if I could find a way to love them. 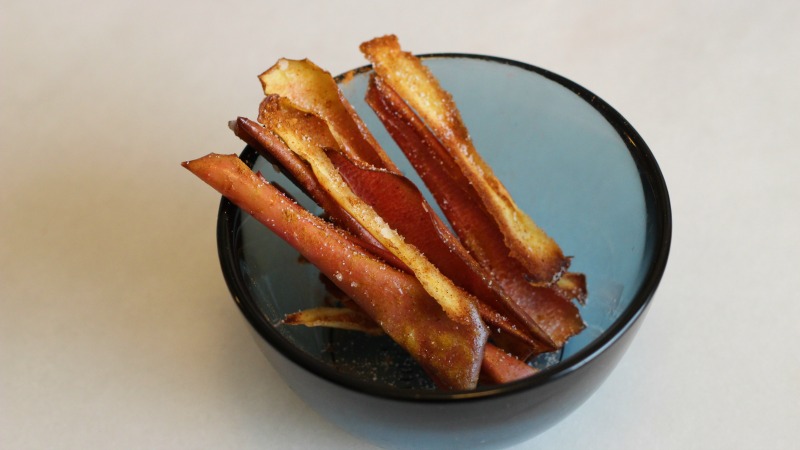 My preferred use for fruit peels is alcoholic infusions, and apple peels make a pretty tasty bourbon, but our friends at The Kitchn advocate making them into cinnamon-sugar apple chips with a bit of roasting.

To make the chips, I just tossed some apple peels with some butter — I didn’t even melt it, just took some room temp stuff and smeared it all over the peels in a large bowl with my hands — then gave them a healthy sprinkling of sugar and cinnamon until they were well coated. (I didn’t measure, but The Kitchen recommends a ratio of one teaspoon granulated sugar and 1/8 teaspoon ground cinnamon for the peels of four apples.) I also added a pinch of salt, because salt is the friend of all flavours. 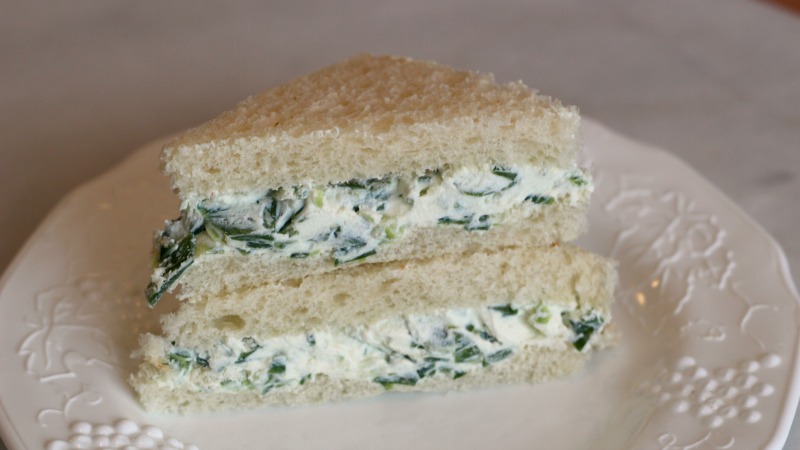 Unless I’m making pickles, I prefer my cucumbers to be peeled. Besides composting, I’ve used the green, slightly-melonesque strips to flavour water for a spa-like experience, but they actually make a pretty darn good sandwich spread. (I would however recommend removing any wax that happens to be coating your cukes.) 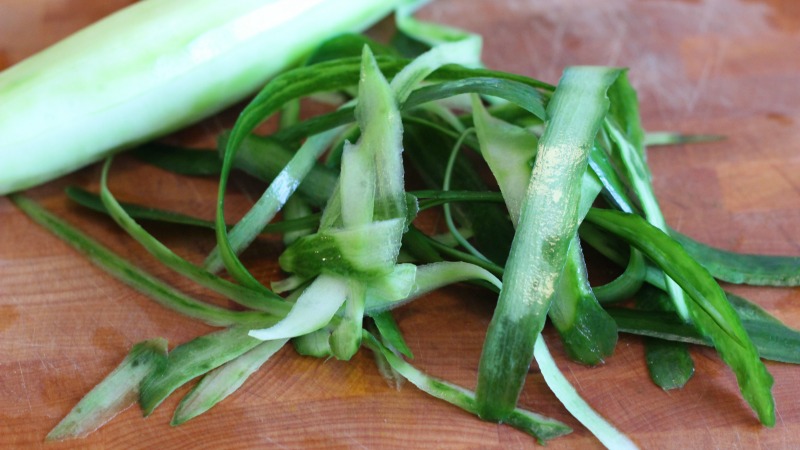 The Kitchn adds arugula, prosciutto and mustard to theirs, but honestly a kitchen sponge spread would taste good if you chopped the sponge up fine enough and mixed it with those particular ingredients. I wanted to see if the peels could speak for themselves, so I chopped them up, mixed them with some cream cheese, and seasoned with salt and pepper to taste. 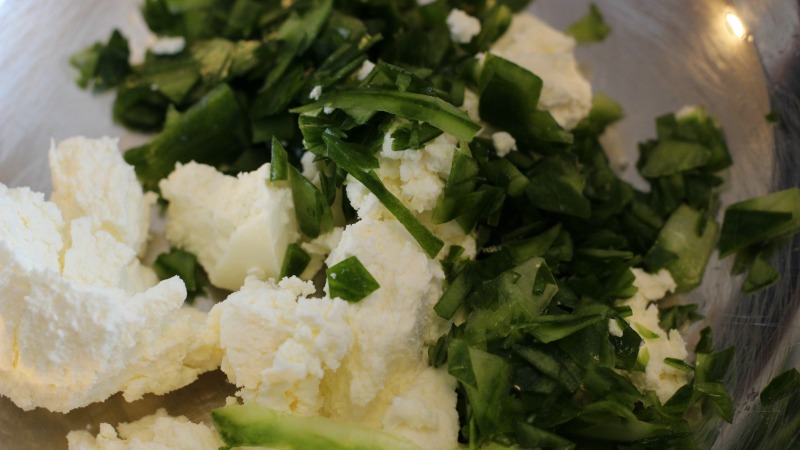 Then I made tea sandwiches, because few things are elegantly delicious as a cucumber tea sandwich. The result? Though they lacked the light crunch of actual slices, the flavour was decidedly cucumber and the sandwiches made for a nice light lunch. I would eat this spread again, is what I’m saying. 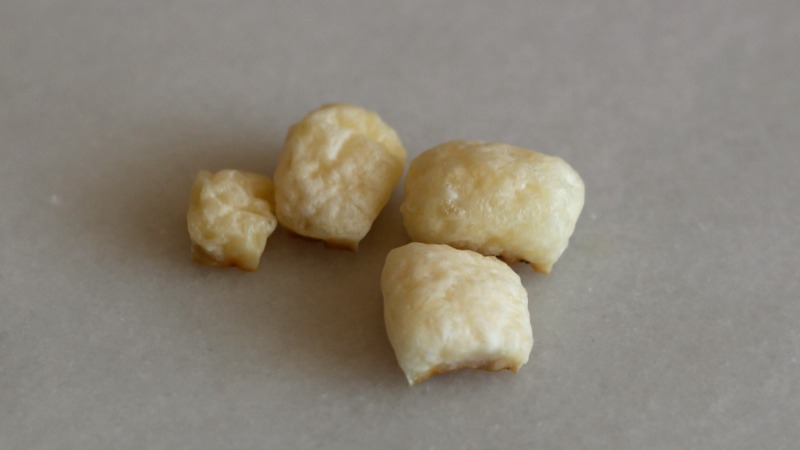 I must confess that I hoard Parmesan rinds for flavouring soups, stocks and even pasta sauce, but I have been intrigued by these Parmesan rind puff things for quite some time.

According to Richard Blais, all you need to do to get a crunchy, crispy, cheesy snack is cut the tough rind into little squares, then zap it in the microwave for 30 seconds, so I did just that. My first batch didn’t go so well. Apparently they had a little too much cheese on them, causing them to melt into little chewy cheesy puddles, rather than crisp up into crunchy little cubes. (I know, I didn’t think “too much cheese” was a real thing, but here we are.) 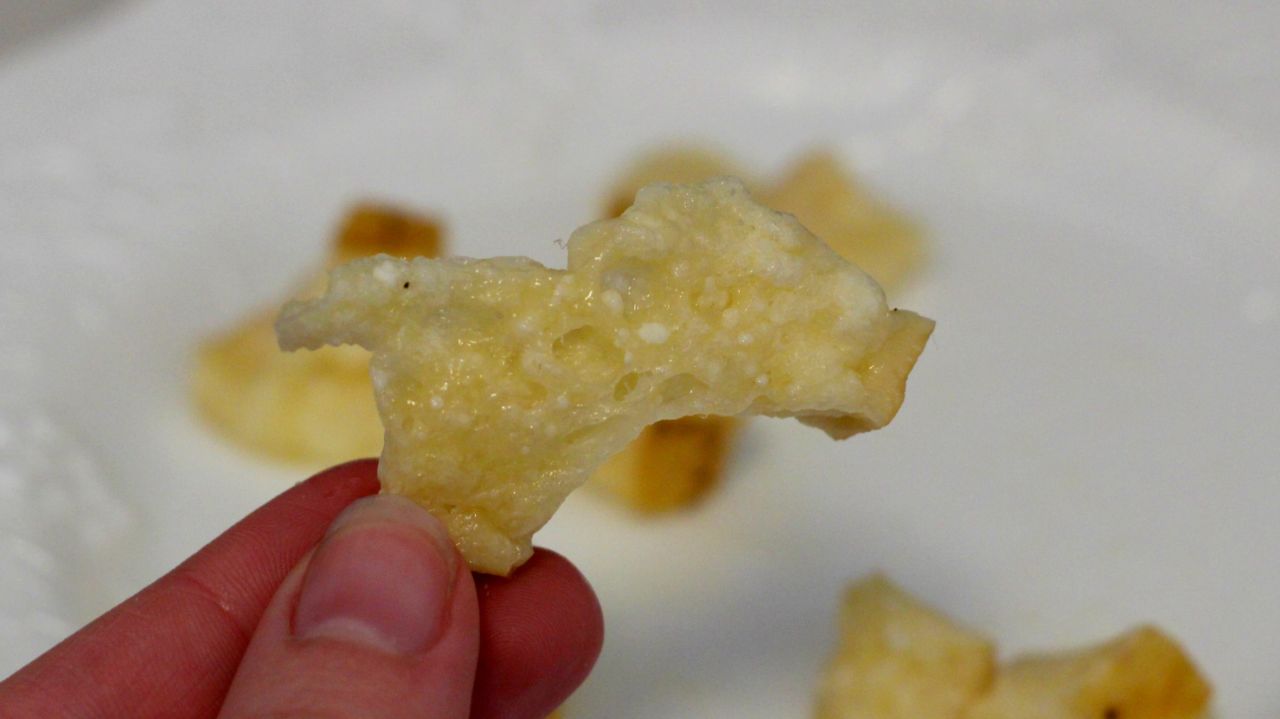 For the next batch, I cut super close to rind, removing as much cheese as I could before popping the squares back in the microwave. This batch crisped up just fine. 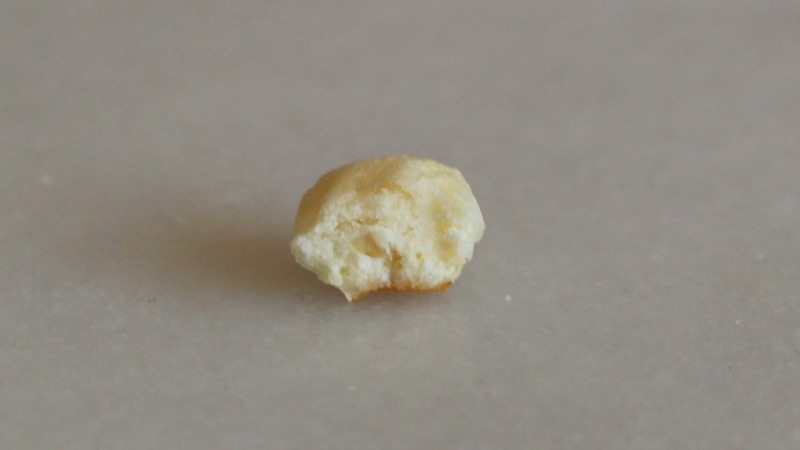 My honest opinion? Though they were cute and crunchy, they were kind of bland, and I’ll probably stick to using my parm rinds for soup-flavouring purposes. I do think they would make a good breadless crouton though, if you’re into that kind of thing. 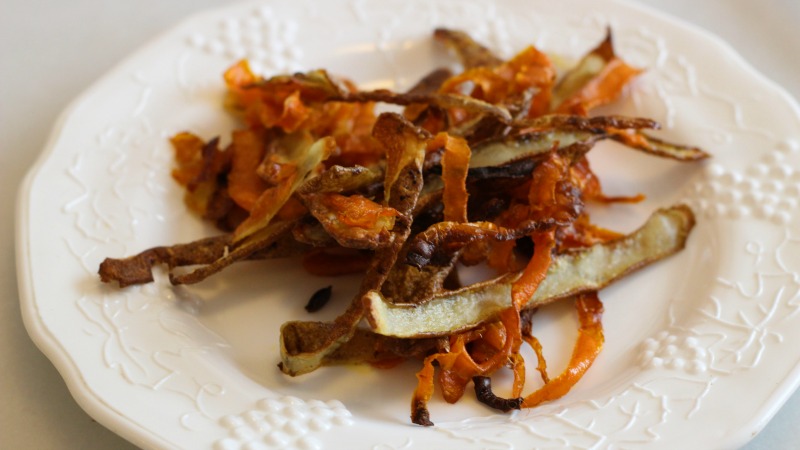 It’s actually pretty rare that I have carrot or potato peels, as those are two peels I don’t really mind eating. (Also, carrots don’t really have “peels” do they? Just outer portions that we peel away sometimes for aesthetic purposes.) Also, if I do have carrot peels, I usually give them to the below face, because how could I not? 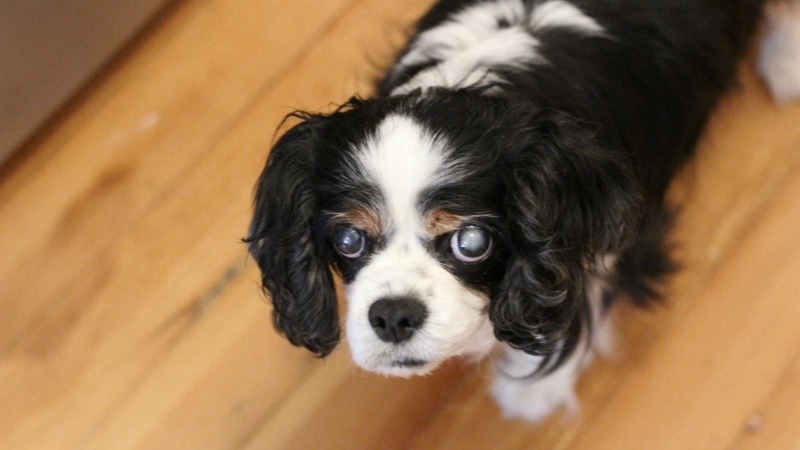 Angie (the aforementioned face) may have to start sharing her carrot peels, however, because I’m pretty obsessed with carrot chips. To make yourself this crispy, salty, waste-free snack, all you need to do is toss your peels with just enough oil to coat — I used duck fat because I’m me, but you can use vegetable oil — sprinkle on a little salt, and pop them in a 205C oven until they start to brown on the edges (about 15 minutes). Once they’re all crisped up, I take them out and toss them with a little more salt, some pepper, and maybe some nutritional yeast if I’m feeling real wild.

The upshot? These peels make a tasty, salty crisp that I am unable to stop eating. In fact, I love them so much, I may start peeling all potatoes and carrots for all applications, regardless of whether such is needed. In addition to just eating them straight from the pan, they also make a great topping for soups and salads, but I never get that far.