How To Identify A Dangerous Cult

It starts innocently: Maybe the new guy at work asks you to play bass in his indie rock band. A friend-of-a-friend invites you to a free vegan brunch. Your mother-in-law wants to share a life-changing home business opportunity with you. Accept the wrong offer, though, and you could find yourself dead-eyed, be-robed, and dancing around a burning pentagram to usher in the Seventh Age of Blood Atonement.

No one wants that kind of life for you.

When people think of cults, they tend to picture bizarre religious sects and apocalyptic scenarios — the Branch Davidians burning up in their compound in Texas, or the corpses on the ground at Jonestown — but cults needn’t be religious, and are anything but exotic. If you want to get literal about it, any group of like-minded people could be considered a cult.

“The Democratic and Republican parties are cults,” explained cult expert Paul Morantz. “I’m in a cult where everyone wears the same colour and we meet for rituals every Saturday. It’s called the USC Alumni Association.”

Morantz is an expert in distinguishing between innocent book clubs and apocalyptic death cults. He’s been battling fringe groups like EST, Synanon and The People’s Temple in court since the 1970s, and he says that while cults can be seductive, the dangerous ones can be identified and avoided if you know what to look for.

“If a guy went to a Bible study group that’s a front for a dangerous cult, and he’s been educated about how you can be done in by the group,” Morantz said, “I think he could be OK.” 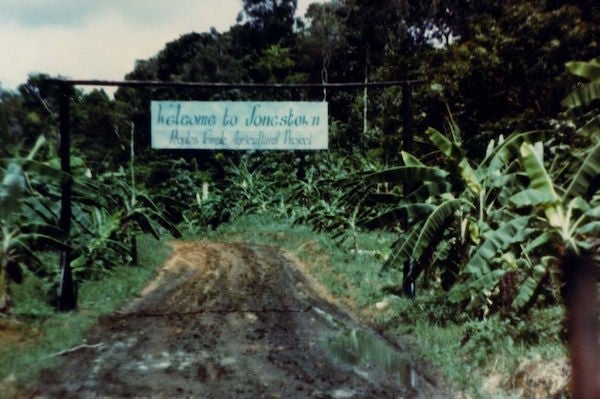 Image from The Jonestown Institute

Look at Who’s in Charge

Cults are formed around strong leaders, so take a serious look at the motives and personality of the person in charge. According to Morantz and other cult experts, control-freak cult leaders are nearly interchangeable.

Look for Signs of ‘Brainwashing’

While the details of thought reform methods vary from cult to cult, the broad strokes have been around forever. So if you notice your righteous new friends using any of the techniques below, you might want to sneak out of the compound and call your dad:

Maybe the easiest hallmark of a dangerous authoritative group is visible through its absence: Scepticism. Dangerous cults rarely, if ever, allow members to raise questions about the group or the group’s beliefs. So the easiest way to suss out a dangerous cult may be to ask probing questions and note how they’re answered. Even if you’re just asking yourself.

“Back in the ’60s, I was getting a lot peer pressure to take acid,” Morantz said. “So I went to see Timothy Leary speak, expecting a scientific explanation of what LSD does… Instead it was a bunch of slogans and everyone screaming and clapping.”

“I wanted to stick my hand up and say, ‘Can you stop the propaganda and just tell us what LSD is or does?’ but I knew that if I did that, the mob would have attacked me. So I quietly exited, thinking I’d just seen the most dangerous man alive.”

I’ll leave Morantz with the last word, his personal fail-safe method for determining whether a group is dangerous cult: “Count how many Hollywood stars are there,” Morantz said. “If you get past five, get the fuck out.”