How To Binge Watch All The Television That Matters

tv
To sign up for our daily newsletter covering the latest news, hacks and reviews, head HERE. For a running feed of all our stories, follow us on Twitter HERE. Or you can bookmark the Lifehacker Australia homepage to visit whenever you need a fix.

It is physically impossible to watch every episode of every good TV show. Yet we actually feel guilty for not keeping up with our shows. “Did you see Better Call Saul?” your friend asks; “Oh no, sorry, I’m a few episodes behind,” you say, like you’re letting everyone down.

Ironically, cord-cutting has made TV viewing feel less free, more completist. Now that it’s easy, even encouraged, to binge through every single episode, skipping episodes can feel like cheating.

But it isn’t, because TV is for pleasure, and any way you choose to watch it is equally valid. While some shows are more intensely serial than others, nearly all of them have a few weak episodes. And for every decent show, some fan has compiled a viewing guide that tells you what to skip. Here are some of the best. 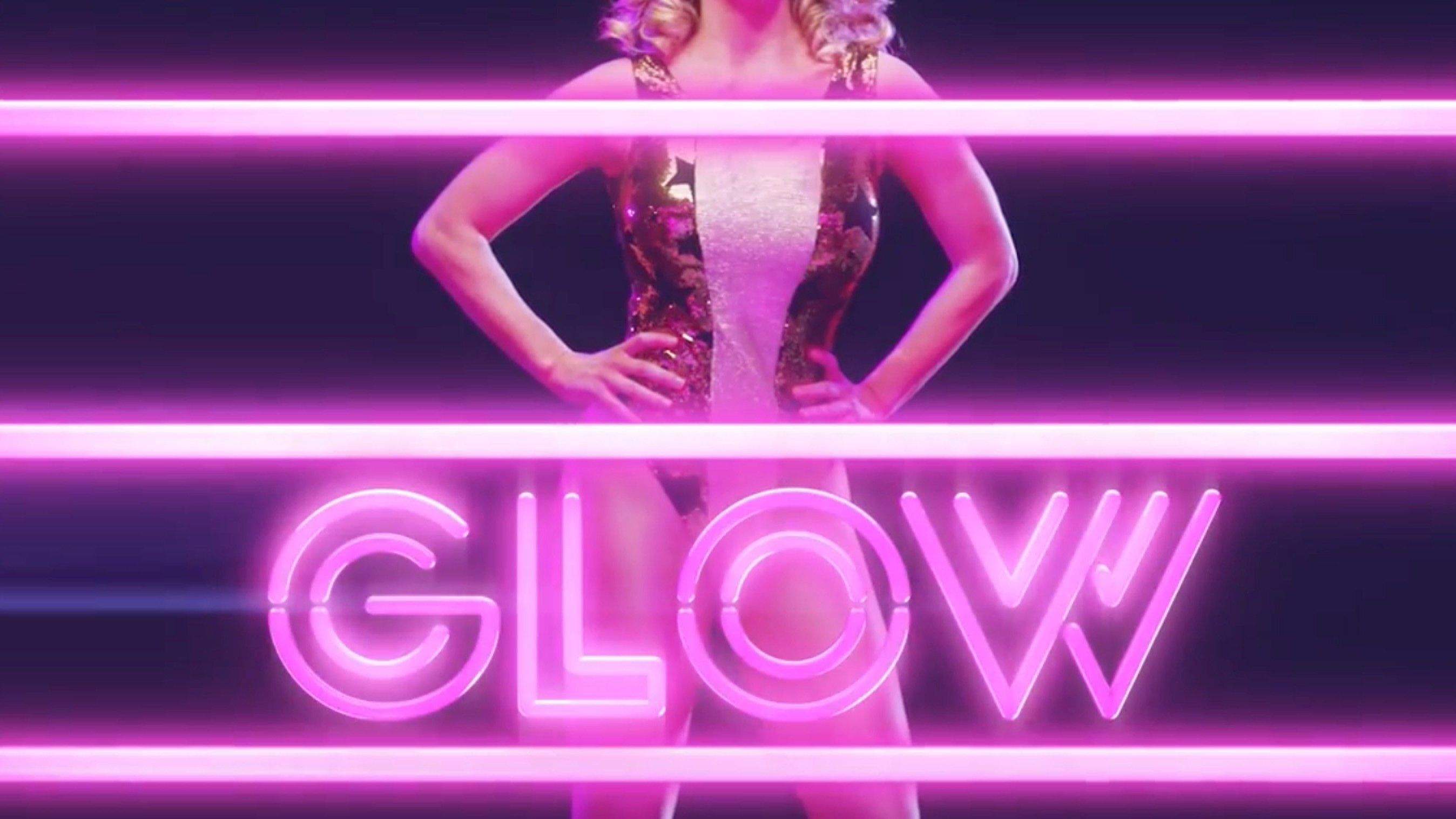 Your Netflix queue is about to undergo its monthly shakeup. With each month comes the extraction of TV shows and movies from the Netflix library - a harsh reality only made better by new content being added to the platform. June is no different.

This might break the Lifehacker comment section forever, but yes, I contend that there are skippable episodes of Breaking Bad. While it’s ideal to watch the entire show, if you’ve had trouble getting on board, then Vulture’s guide can get you through the first three seasons quicker.

But amend this guide according to your tastes, especially during those crucial first episodes. If you’re squeamish about violence or tense kidnapping scenarios, don’t watch the unusually gruesome S1E2 and S1E3. (If you do watch E3, skip through the cheesy flashbacks.) If you like the comedy and character development of the pilot, do watch S1E4 and S1E5. And while you can skip the standalone bottle episode “Fly” (S3E10), come back to it later. Everyone who hates that episode is wrong.

Whatever you skip, read plot summaries on Wikipedia or the AV Club. And if you’re truly brave, skip the controversially tidy series finale, headcanon your own messy ending, and move onto Better Call Saul.

It is in fact legal to watch only some of The Wire, and because each season of the show focuses on a different aspect of Baltimore’s sprawling societal problems, you can skip entire seasons and still follow along. Jezebel ranks every season without giving much away. Consider dropping season 2 (with two exceptions), which puts Avon Barksdale’s crime ring on the back burner, or season 5, in which showrunner David Simon takes out a lot of grudges against his previous employer The Baltimore Sun. These aren’t actually bad seasons, they’re just not what people mean when they scream, “You haven’t watched The Wire!?”

No one has produced a reliable guide that skips more than one or two episodes. Here’s a combination of suggested cuts from WIRED, Reddit and IMDb: S1E10 (“A Hit Is a Hit”), S3E1 (“Mr Ruggerio’s Neighbourhood”), S4E3 (“Christopher”), S4E11 (“Calling All Cars”), S5E7 (“In Camelot”), S6E4 (“The Fleshy Part of the Thigh”) and S6E16 (“Chasing It”). As with Breaking Bad, check episode summaries for whatever you skip.

If you start running out of steam, skip season 4, which has the most low-rated episodes and the fewest classics. Consider dropping season 6A (the sixth season was released in two halves) and starting back up with S6E13.

Every show has a different fundamental unit by which it’s remembered. On Seinfeld it’s the episode; on The Wire it’s the season. On Mad Men, despite the series’ serial nature, it’s the scene: Don Draper clicking through family photos on the Kodak Carousel, Megan singing “Zou Bisou Bisou”, Peggy quitting in season 5. If you follow Skippable’s Mad Men guide, you’ll miss some classic scenes, but you can mop them up by reading a few YouTube-studded listicles of the show’s greatest moments.

With its combination of “monster of the week” episodes and season arcs, Buffy is one of the best-recognised predecessors of contemporary serial TV. Den of Geek offers six different guides depending on your taste, but the best is the last one, which focuses on season arcs and the fight with the “Big Bad” (the Buffy-coined term for a story’s major villain).

Once you’ve watched the major arcs, you can pick and choose standalone stories using BuzzFeed’s ranked list of all 144 episodes.

Start with USA Today’s series introduction, which suggests trying out the episodes “Blink”, “The Girl in the Fireplace” and “The Eleventh Hour” — all from different seasons of the rebooted series. Then read WIRED’s guide to the series’ different eras. After four seasons under Queer as Folk creator Russell T. Davies, series writer Steven Moffat took over as showrunner, and the show got much more serial and high-concept.

Star Trek: The Next Generation

In the gold standard of binge guides, Cards Against Humanity creator Max Temkin pays loving tribute to ST:TNG, “a vision of the future where reasonable people resolve conflicts by talking,” before cutting the 178-hour series down to its best 40 hours. When you’re done, move right onto Temkin’s guide for Deep Space Nine.

There are plenty of alternatives for every Star Trek series. Redditors have compiled multiple guides, and Gizmodo ranked the top 100 episodes across the entire franchise.

Star Trek gave us six TV series, spanning over 700 episodes, because it's such a rich universe. And a Federation starship is the perfect vehicle to tell unforgettable stories. But which Star Trek stories are the best? To find out, we painstakingly compiled the 100 greatest Trek episodes, from any of the series.

WIRED provides a best-of and a worst-of for this long-running sitcom. You can just watch the good or just skip the bad. Or simply watch all of seasons 2-7 and skip the first season (where the characters haven’t really developed) and the last two seasons (which struggle without Steve Carell). But do catch the cast reunion in the series finale. WIRED’s guide lets you skip some “important” but weak episodes, the right approach for a comedy that couldn’t always stick the landing on its character arcs.

Half monster-of-the-week horror mystery, half serial sci-fi epic, X-Files is a challenge to compress. One Redditor tackles it with a multi-tier annotation system. The series-long mythos can be inconsistent and disappointing, so it might be easier to give up and just try a best-of list. Vulture ranks all 202 episodes, and Screen Rant calls out the top 12 standalones.

Lost: You know this all goes downhill. Walk away after season 3 and try the full-series parody Wrecked.

Battlestar Galactica: Go out on a high note: Quit after the bittersweet two-parter “Exodus” (S3E3-4), before the final arc that relies on a couple of poorly planned twists. Or try Choire Sicha’s episode guide.

Twin Peaks: The creator himself bailed on a few episodes of this show. ABC forced David Lynch to solve Laura Palmer’s murder; after that he was mostly absent until the series finale, and it shows. So as soon as Laura’s killer is identified, skip to the finale.

Sherlock: There are just 13 episodes so far, but each is 90 minutes. Skip the second episodes of S1 and S2.

Roll Your Own Binge Guide

WIRED lists the most and least essential episodes of over 80 shows, even short-run British series. The approach works great for comedies, but for dramas, find a backup list to cross-check.

The crowd-sourced Tumblr Skippable has just a smattering of shows, but it’s ruthlessly efficient in curation and presentation. It’s especially useful for cult hits like Buffy the Vampire Slayer.

Any show with a dedicated fan subreddit will probably have a guide or two. Just search “reddit binge guide [show name].” Always check the comments for dissenting opinions.

Both Vulture and the AV Club recap and rate a wide range of shows. Use these to brush up on any episodes you skip, or set yourself a rating threshold and just watch the best.

Whatever approach you take, you’ll inevitably miss a good episode or sit through a bad one. This stuff is subjective, and that’s the tradeoff. Just remember all the time you’ll save for watching more shows.