Everything We Know About ‘Essential’: The New Phone From Android’s Creator

The creator of Android has finally unveiled the new smartphone he has been working on. On Tuesday, Andy Rubin unveiled the first smartphone from Essential, his new company, after months of teasing. It’s an Android device that packs some interesting features, and is clearly intended to go head-to-head with the top smartphones from Apple and Samsung.

The first thing you notice in photos of the high-end PH-1 device is the screen: It takes up almost the entire front face, so close to the edge it even curves around the selfie camera.

Another notable feature: It’s modular. It has magnetic connectors on the back of the device, which lets you attach accessories, including a 360-degree camera that can be ordered alongside the main phone.

Speaking of ordering — it costs $US749 to reserve it, unlocked. The price includes 128GB of internal storage, along with the 360-degree camera. For just the phone, it will cost $US699 ($AU941). Unfortunately for Aussie customers, it will only available in the US to begin with.

Along with that 128GB of internal storage, it packs 4GB of RAM, and a Qualcomm 835 processor. 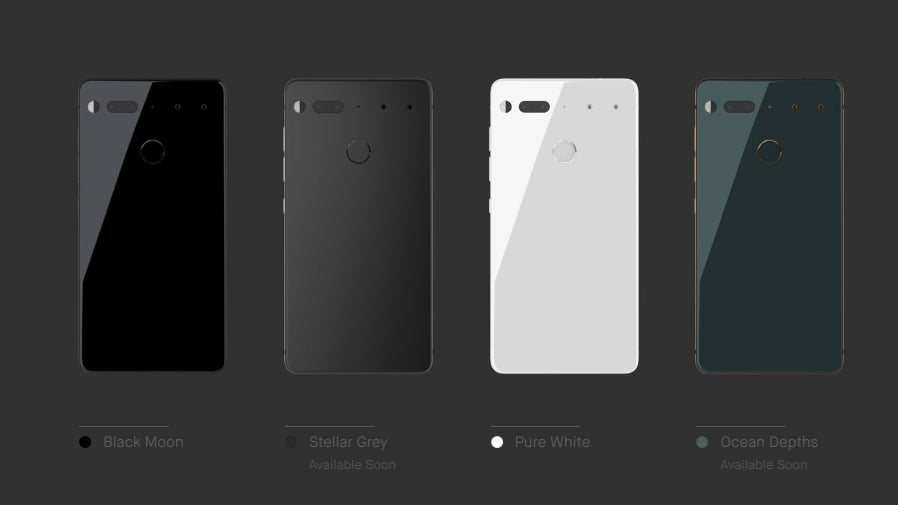 The screen is a hefty 5.7-inches — even larger than the 5.5-inch screen on the iPhone 7 Plus, but the relative lack of bezels on it means it has a smaller footprint than you’d expect. The rear camera is 13MP, while the front-facing selfie camera is 8MP. Both shoot 4K video.

The Essential Phone is powered by Android (version 7.1.1). It uses the same processor as the Galaxy S8 (Qualcomm Snapdragon 835) and features other comparable hardware specs, including the aforementioned 4GB of RAM and 128GB of storage.

It has a slightly bigger battery than both the Pixel and Galaxy S8 (3040 mAh). On the downside, there’s no headphone jack. Instead, it will rely on a USB Type-C and a dongle for audio output.

All in all, this is definitely a premium device, and an interesting one at that — intended to go after the high-end customers who typically buy the likes of Samsung and Apple devices. (It even compares itself to them directly when showing how its titanium body can withstand a drop test.) The big question is whether it can manage it.