There are plenty of horror board games and tabletop RPGs that thrive on fantasy, whether it’s helping a ghost solve its own gruesome murder in Mysterium, or helping to stop (or aid) the rise of evil gods with Call of Cthulhu: The Card Game. But of course, the biggest horrors are the ones humans actually face in real life. And yes, there is a board game for each one.

Here’s a list of several games about actual disasters that could wipe us out at any given moment. Not all disasters are represented, unfortunately — the best games about hurricanes or earthquakes, for instance, are currently out of print (though you can find some of them on eBay). But a massive oil spill in the ocean has never been so fun!

Note: You may notice that most of them are manmade disasters, and this is because humanity is terrible and has doomed the planet and thus us all. Enjoy!

Description: In Keep Cool, originally a German game, players try to advance their own economic interests while having to face down strong anti-regulation lobby groups, like the oil industry, as well as environmental activists who push players to work toward a stable global climate. Every player has to decide whether to collaborate in protecting the environment or do what’s best for themselves, risking droughts, floods, pandemics, and inevitably complete environmental collapse.

How it prepares you for certain doom: Climate change is (miraculously) still debated, even though an overwhelming majority of the scientific community agrees that humans are causing temperatures to get hotter, oceans to rise higher, and an ever-increasing amount of animals to go extinct. Given how the current Environmental Protection Agency is doing everything in its power to downgrade the threat of climate change, sometimes we need a reminder of what our leaders should be doing to fight it.

Another game to ready you for the end: CO2 (though it’s in rare circulation) 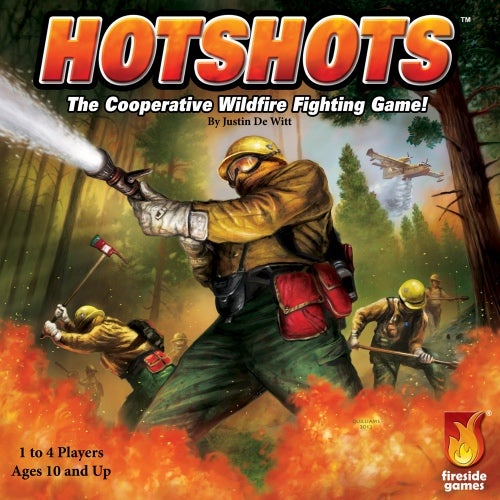 Description: Hotshots, which comes out next week, has crews of one or more players take on the roles of bushfire fighters with special abilities, and roll dice to match combinations on burning terrain tiles. Crews use Firebreaks, Reward Tokens and Vehicles to prevent tiles from Scorching. If eight tiles or the Fire Camp Scorches, the game is over. If you extinguish the blaze, you win together.

How it prepares you for certain doom: As of March, there had already been over two-million burned acres across the US in 2017, a “staggering” number in comparison to previous years. Last year, Australia had a bushfire so big that it created its own weather system. While bushfires seem connected to climate change, given how increasing temperatures have caused bushfire to accumulate faster than normal, they’re typically started by people. Meaning yes, we didn’t start the fire, but someone sure as hell did.

Another game to ready you for the end: Flash Point – Fire Rescue (be sure to check out the Extreme Danger expansion, which includes chemical spills) 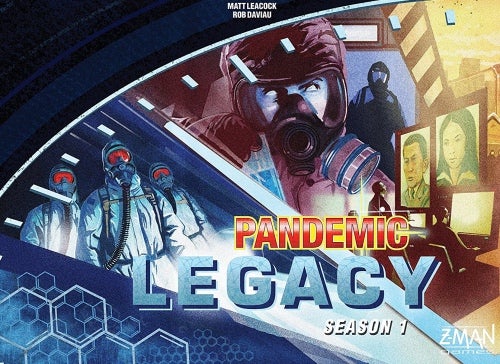 Description: In Pandemic Legacy season one, a disease-fighting team must keep four deadly diseases at bay for an entire year. Each month will bring new surprises, and actions in each game will have repercussions on the next. Players will be forced to make tough decisions, like letting cities fall to disease in order to prevent it from spreading. It’s a challenging game that doesn’t play it easy.

How it prepares you for certain doom: Scientists say it’s not a matter of if, but when, a pandemic will spread across the globe, killing millions of people. Diseases mutate faster than we’re able to cure them, and the rise in people refusing to vaccinate increases the risk of mass infection. And come on, how could I not pick Pandemic? It’s the industry standard for apocalyptic disease games. That said, Legacy offers something new for fans of the original, a continuing story that can be played over and over again, each time with new results.

Another game to ready you for the end: Survival from Doom and Bloom, a survivalist tip website. It’s basically Dead of Winter, only without the zombies. 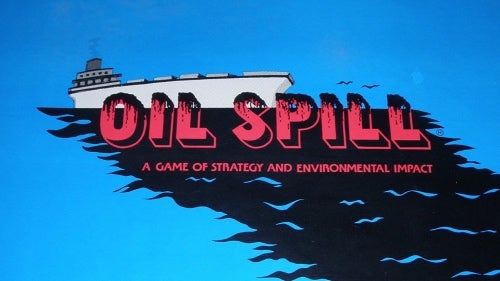 Description: In Oil Spill, players take on the role of a captain of an oil supertanker, trying to outmanoeuvre the other captains and be the first to collect and deliver oil to the refinery. Players struggle to navigate environmentally sensitive waters to try and avoid a catastrophe — but people are apt to make mistakes, and it could destroy an ocean. Keep in mind: It’s limited circulation, as it is a vintage game, but you can find it on eBay.

How it prepares you for certain doom: Gas leaks, oil spills and other manmade mistakes wreak havoc on our oceans, lakes and rivers, and some can have an effect for generations. Just last December, a pipeline in North Dakota spilled some 666,232L of crude into a creek 241km north of the “No DAPL” protest site, proving that the very thing they feared could easily happen, and did. A simple mistake can destroy a water source for years.

Another game to ready you for the end: Crude – The Oil Game (more from the perspective of an oil tycoon, if you want to feel like you don’t have a heart). 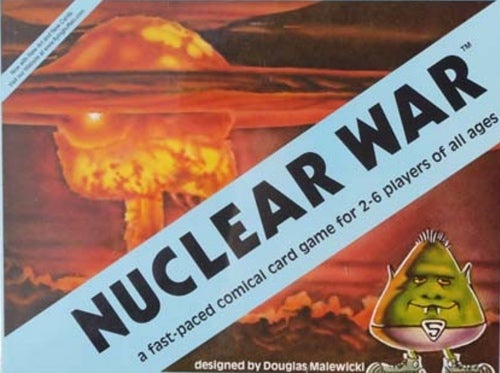 Description: This 50th anniversary reprint of the classic 1965 game Nuclear War, funded thanks to a successful Kickstarter in 2015, is basically Dr Strangelove in board game form. Players try to sway their opponents’ populations with diplomacy, propaganda and finally, nuclear weaponry. Typically, nobody wins.

How it prepares you for certain doom: You don’t need me telling you how pervasive and terrifying the threat of nuclear war continues to be. So long as countries such as the United States and Russia have stockpiles of nuclear warheads, and countries like North Korea try to get their hands on their own, the fear of global annihilation will always be an existing problem. It’s especially scary nowadays, as President Trump has continued to make the case that he’s not to be trusted with the launch codes. Just recently, he revealed to Philippines President Rodrigo Duterte (and therefore the rest of the world) that the US has two nuclear submarines parked near North Korea.

Another game to ready you for the end: There are none, because nuclear war would kill us all.

Video Editor and Staff Writer at io9. My doppelganger is that rebelling greeting card from Futurama.