Check the news and you’re guaranteed to hear to about conflict in some part of the world. But there are a lot of weapon terms getting thrown around without explanation, and even people in the public eye are totally clueless about what these weapons do. Here’s everything you need to know about the MOAB, Tomahawk missiles, barrel bombs, chemical weapons, and more. 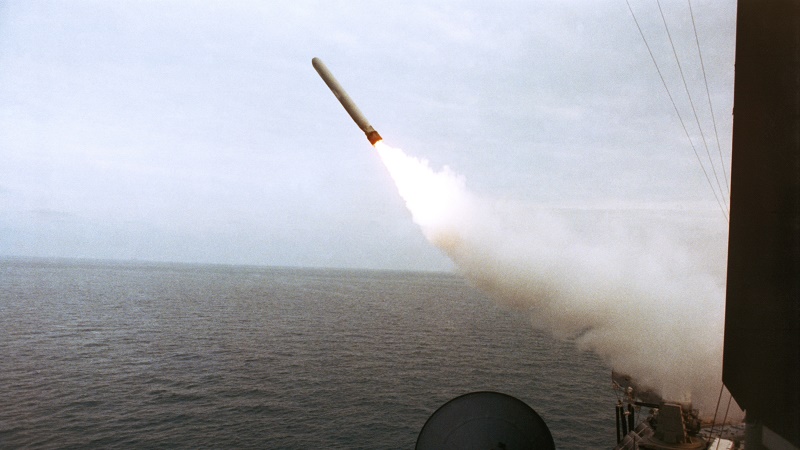 Photo via AP Images. Long-range, all-weather, subsonic, surface-to-surface cruise missiles that were originally designed back in the 70s. They are designed to be fired from battleships or submarines, and can strike targets up to 1,500 miles away. Their payload includes 24 canisters of 166 sub-munitions, with six or seven munitions per canister. Canisters are dispensed two at a time, back to front, one per side, over up to five separate targets within close range of each other. They are typically used to strike high value or heavily defended land targets. Each missile costs about $US1 ($1) million.

Tomahawks were first used during the Gulf War in 1991, with 288 of them fired during the conflict. They have since been used in many conflicts, including the 2003 invasion of Iraq where over 800 of them were fired. Most recently, 59 Tomahawk missiles were launched at Shayrat Airbase near Homs, Syria in response to a chemical weapons attack allegedly carried out by Syrian President Bashir Al-Assad.

Only two countries have Tomahawk missiles: The U.S. and Britain. The United States Navy has a stockpile of around 3,500, and the British Royal Navy has around 60. Other countries, like the Netherlands, Spain, and Poland, have expressed in acquiring them, but have not.

The Hwasong-10, also known as the Mirim, No Dong B, Musudan, and BM-25, is an intermediate-range ballistic missile (IRBM) developed by North Korea. It has a range of 2,500 to 4,000 km (nearly 4,023km), and packs a single, nuclear-capable 500 to 1,200 kg warhead. They can either be ground-launched or fired from certain road-mobile vehicles. Ballistic missiles are fired with an upward trajectory, then use earth’s gravity to fall down toward their target.

North Korea has been testing these missiles for the last couple years, but many tests have failed or did not travel very far when launched. Even at maximum range, the Hwasong-10 IRBM cannot reach any part of the U.S. However, South Korea, Guam, and Japan are at risk. It’s an uncertain how many of these missiles North Korea has (possibly 200), but the Pentagon estimates that North Korea has only about 50 launchers capable of firing these IRBMs. It’s also rumoured that Iran has 19 or so, but it hasn’t been confirmed.

ICBMs are guided missiles with a minimum range of 5,472km, and are primarily designed with thermonuclear weapons delivery in mind. But they can be used to deliver other weapons as well, including conventional explosives, and chemical or biological weapons. Current models carry several independently targetable reentry vehicles, each with their own warhead, capable of striking several different targets at once. These are the scary missiles that struck fear into the hearts of many during the Cold War.

Fortunately, ICBMs have only been test fired, and the U.S., Russia, France, India, and Israel all have since developed anti-ballistic missile systems capable of shooting down ICBMs before reaching their target. Still, many countries have their own arsenals of ICBMs, many of which are at the ready. The U.S. has the LGM-30 Minuteman, Russia has the RS-28 Sarmat and the RS-26 Rubezh, China has the DF-41, and North Korea has the Taepodong-2 (though it’s technically listed as the technology base for the Unha space launch system).

These are improvised, unguided bombs that are made from a large metal barrel filled with up to 1,000 kg of explosives, shrapnel, oil, chemicals, and other nasty things. They are usually dropped from a helicopter or aeroplane, earning them the nickname of “flying IEDs” (improvised explosive devices).

Barrel bombs are incredibly inaccurate and often dropped in populated civilian areas, devastating everything around them. They tend to see use by governments of unstable nations in order to fight insurgencies because they’re cheap to make — about $US200 ($264) to $US300 ($396) per bomb — and utilise the government’s air advantage. They are illegal under international conventions.

They were first used by the Israeli military in the late 1940s, then by the U.S. during the Vietnam War. Since then they have seen action in Sri Lanka, Iraq, Croatia, Sudan, and currently during the ongoing Syrian Civil War.

Known as the “Mother of All Bombs,” MOAB actually stands for the GBU-43/B Massive Ordnance Air Blast bomb. It’s a thermobaric, large-yield explosive weapon that is the most powerful non-nuclear weapon in the U.S. military’s arsenal. It’s a 9.14m-long bomb that has a blast yield equivalent to 11 tons of TNT. Seriously, this thing is beyond deadly.

The bomb is carried by C-130 Hercules gunships, and was designed to be similar to the Daisy Cutter bombs used in the Vietnam and Iraq wars for clearing mines and heavily wooded areas. It has since been considered for use as an anti-personnel weapon. Until recently, the MOAB had never seen combat use. But recent reports indicate the United States has dropped it on suspected ISIS targets in Afghanistan. Not to be outdone, Russia has a similar weapon known as the “Father of All Bombs,” which is estimated to be about four times as powerful. 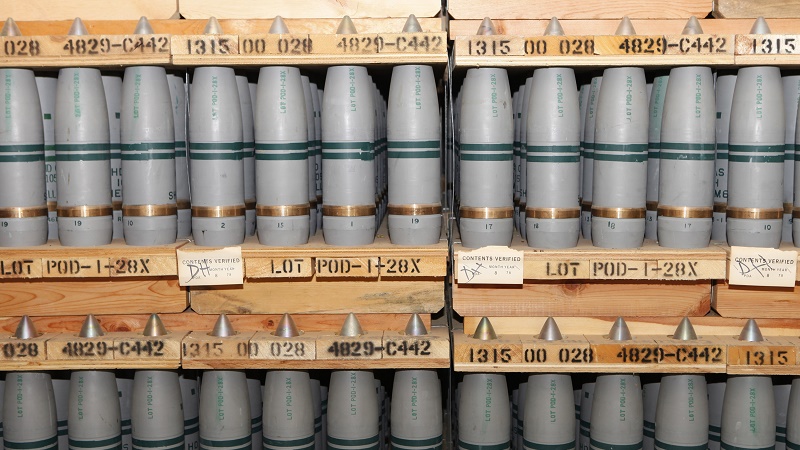 105mm mustard gas artillery shells. Photo via AP Images. Chemical weapons use the toxic properties of chemical substances to cause maximum destruction, especially against personnel and civilians. They are considered a “weapon of mass destruction” because of this, and are prohibited under international humanitarian law. Four of the most commonly referenced chemical weapons these days are sarin, mustard gas, and chlorine gas:

Despite being illegal and deadly to civilians, nations continue to stockpile and use chemical weapons because they are highly effective and cheap to produce.

You’ve probably heard the phrase “drone strike” several times over the last several years, but you may not know what those operations actually entail. A drone, or unmanned combat aerial vehicle (UCAV), is a small plane without an on-board pilot, usually being controlled by an operator on base at a remote terminal. Depending on the model, they usually carry air-to-surface missiles, air-to-air missiles, and other precision-guided munitions.

Combat drones are used to destroy buildings and vehicles, but they are also often used for strikes on high-profile targets. Nearly 30 countries possess active UCAVs, but most strikes have been conducted by the U.S. in Pakistan and Yemen with an arsenal of — soon to be retired — MQ-1 Predators, as well as MQ-9 Reapers, and Elbit Hermes 450s.