Hello everyone, and welcome back to a very chompy edition of Will It Sous Vide?, the column where I make things with my immersion circulator.

The original plan was to do duck confit but, as you can see, we’re not doing duck, at least not today. The bad news is that it’s surprisingly hard to find duck legs in this town that aren’t already confited. The good news is that I was able to find a whole (frozen) duck, and it is currently defrosting in my fridge, so you’ll get your confit. You’ll also get duck breast, duck wings, and any other bonus duck I can get off that carcass.

Now that we’ve got that out of the way, let’s talk about I actually did sous vide: Gator meat. The butcher at my local snobby-hippy-overpriced grocery store was very excited to show me his gator meat, and I was very excited to purchase it. (And, as someone who did not enjoy her time at a certain SEC university with a certain chompy mascot, I was also excited to eat some gator, like some sort of weird culinary revenge.) I had only ever had gator in deep-fried, nugget form — and loved it — so I was really curious to how it would do in our little hot tub.

If you’ve never had gator before, it’s usually described as having a meaty, sometimes chewy texture, with a flavour that exists somewhere between chicken, frog legs and fish. It can get really tough if you don’t cook it well, and no amount of crispy batter or sweet dipping sauce can save a rubbery, fishy gator nugget. If prepared correctly however, it can be transcendent. According Wide Open Country, gator has a “chicken taste, but it’s not”, and “anybody that don’t like that is communist”. (Paradoxically, I fed some to my commie boyfriend, and he had nothing but positive things to say.)

There are a few recipes around the internet for sous vide gator, including one for a chicken salad-like dish, with suggested cooking temperatures hovering around 55-57C and cooking times ranging from one to three hours. My goal was to make a flavorful, not-fried nugget that wasn’t chewy or fishy, so I set my Anova to 55C — I like to go low and slow — and ground up a super savoury and garlicky rub. 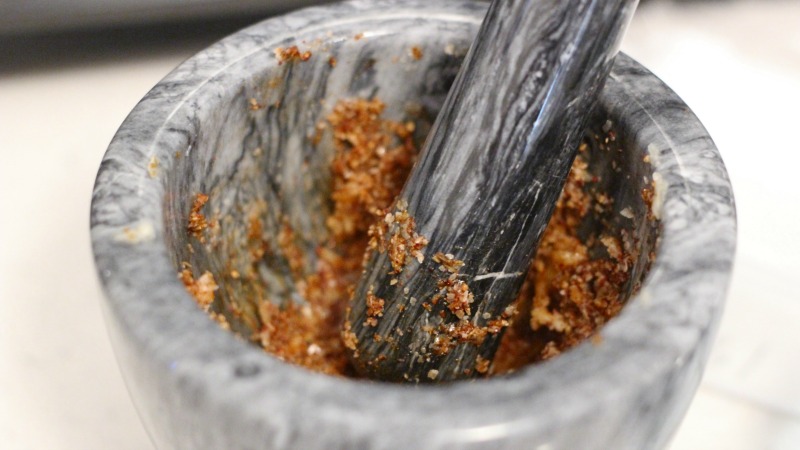 If you wish to play along at home, my gator rub is made with the following, and should be enough to cover 500g of meat:

I mashed all of that into a paste using my mortar and pestle, then smeared it over three pieces of gator meat, each of which was about 150g. I then put each piece in a bag with a tablespoon of butter on each side, because why wouldn’t we want butter involved? 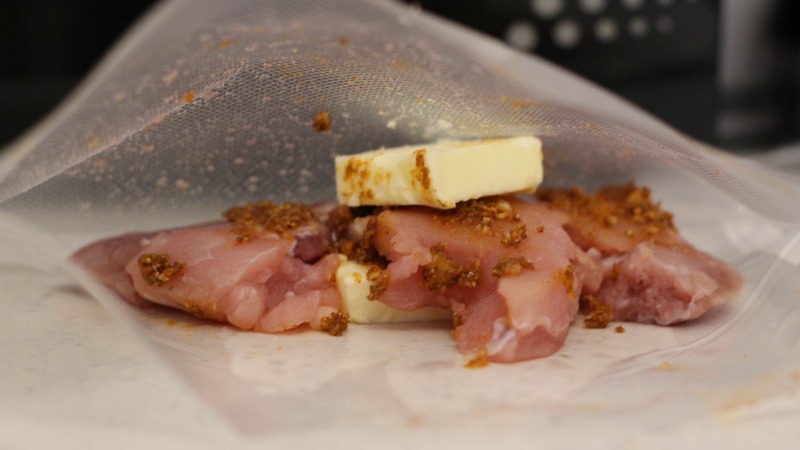 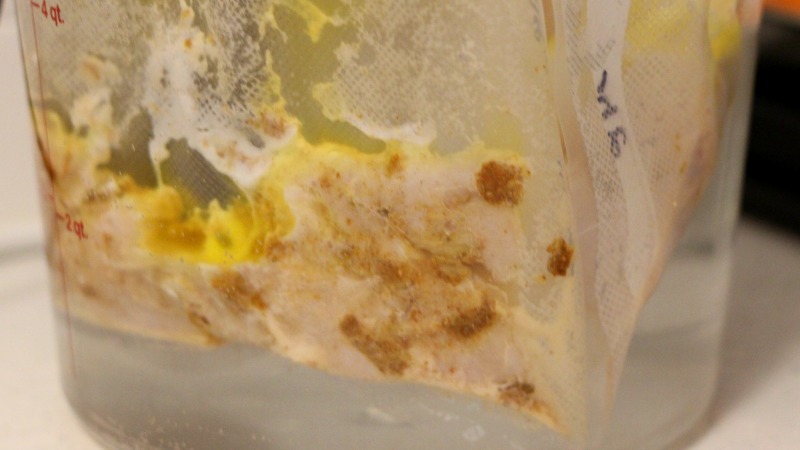 It’s not the pretties bag of meat.

It’s not the pretties bag of meat. 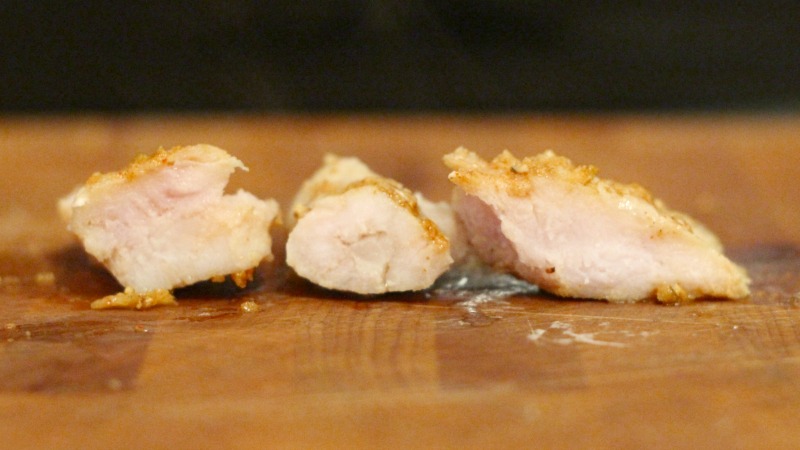 I don’t know how clear it is from the pics, but the cooking time did make a bit of difference in the texture of the meat. The one-hour reptile flesh was a little squeaky in the teeth, and the the three-hour batch was a touch chewy, but gator that had spent two hours in the sous vide bath was perfectly tender and meaty. (I had the commie boyfriend blind taste to confirm my non-blind observations.)

Flavour-wise, it was all good. I didn’t find any of the gator to be fishy — and all of it was infused with our tasty rub — and found that it ate like a slightly gamier chicken, but with the toothsome texture of a steak. I finished it off in a scorching hot pan with browned butter to get some colour on it, and plated it up. Since I wanted gator nuggets, I needed a dipping sauce, so I cooked the buttery liquid from the sous vide bag until it was dark brown, then whisked in honey and chilli paste to taste. 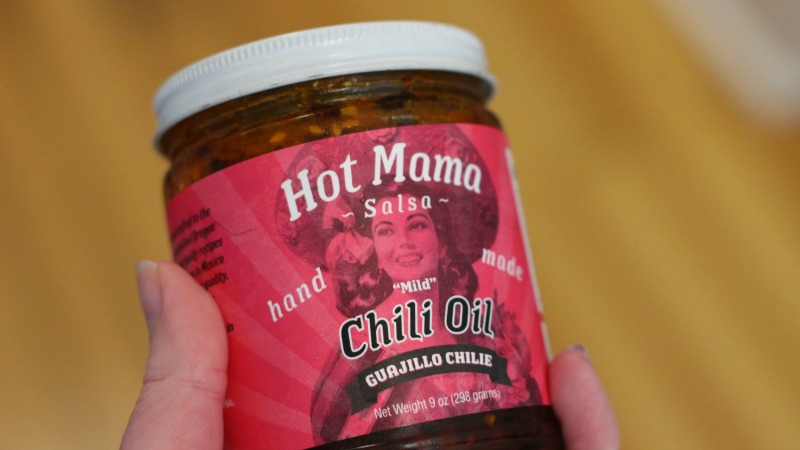 This stuff is good.

This stuff is good. 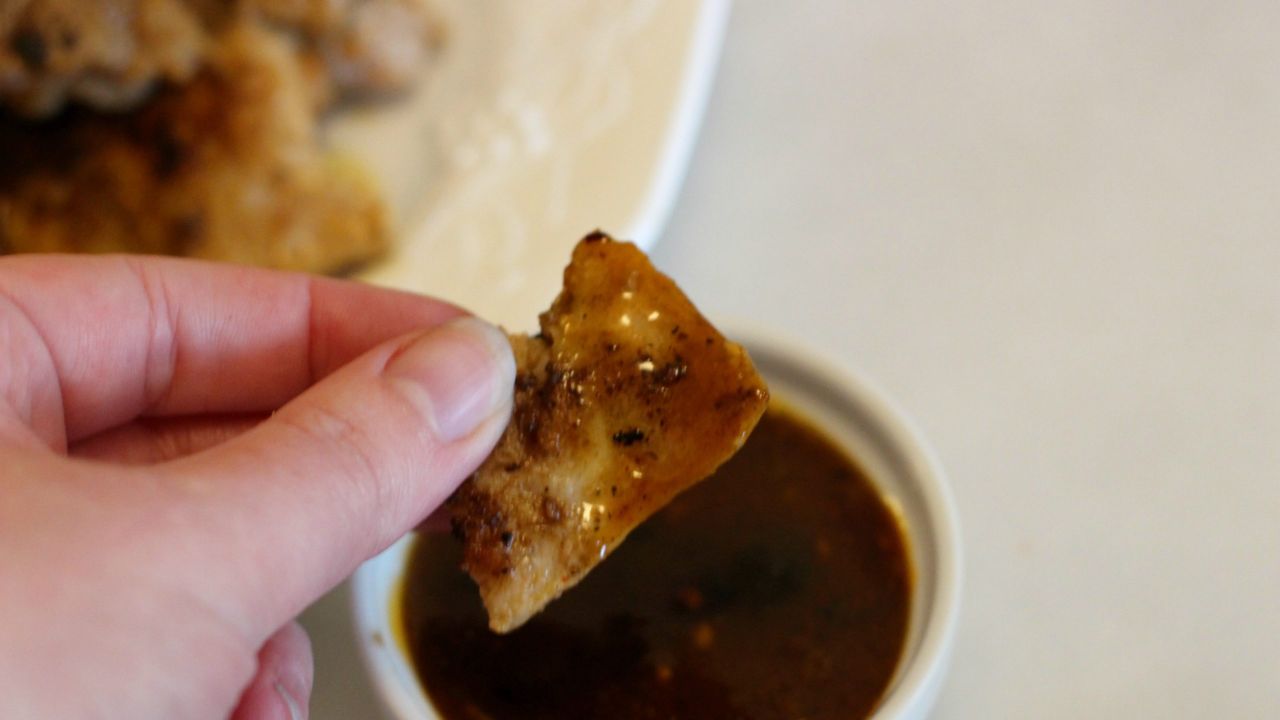 So now we must ask the question that mainly I was interested in: Will gator sous vide?

The answer? Yup, yes, uh-huh. Not to toot my own immersion circulator, but this was some of the best gator I’ve ever had, and it wasn’t even fried. It was toothsome and meaty without being chewy, and super rich and flavorful, thanks to a few hours of bathing in butter and spices. The sweet and spicy dipping sauce didn’t hurt either. The commie boyfriend I mentioned earlier was pretty pleased too. “Why do we ever eat out?” he asked, as he shoved pieces of tender reptile into his mouth while standing over the stove. “Because not everything sous vides this well,” I replied, “and I like it when someone else pours my wine.”