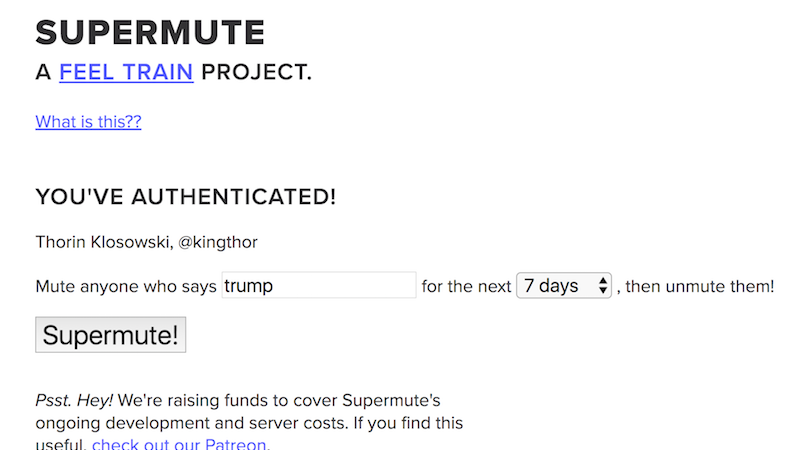 Twitter is a weird social network, and while there are plenty of tools for muting an account or keyword entirely, Supermute takes a different approach. Enter a keyword or phrase into Supermute, and it then mutes any account with that phrase for a set duration of time.

The idea here is that while Twitter's mute function is useful, the permanence of it can be frustrating since you have to go back in and manually unmute someone. Supermute allows you to set up a time frame. So, for example, if you're sick of my (and everyone else's) idiotic tweets about Apple during their press conferences, you can set up Supermute to mute anyone who says "Apple" for the next six hours. It's super handy for avoiding spoilers, if you're sick of politics, or whatever else.

Plus, since Supermute uses Twitter's built-in mute function, it's platform agnostic, meaning you can set it up using your web browser at home, but the mute function should carry out on any other devices or apps.