Where to Watch Oprah and Prince Harry’s ‘The Me You Can’t...

Pregnancy Doesn’t Make You A Better Athlete, It Might Make Exercise Harder

Serena Williams may have been pregnant when she won the Australian Open, so the New Scientist asked whether her pregnancy may have helped — as if her previous 38 major titles were flukes. But this is a myth that’s been floating around for a while, so let’s talk about what pregnancy really does to an athlete’s body.

A woman’s body produces more blood during pregnancy. A similar change happens to athletes as they train. With more blood, you can supply more oxygen to your muscles. Does that mean pregnancy provides a performance boost?

Too bad there’s no evidence to support that idea. Pregnant athletes’ experiences tend to go the opposite way. I got pregnant while I was training for a marathon, and I found that even though I kept up my training, my fitness went down the toilet. Usually you get faster as you train; I was getting slower. My long run pace slowed down from 6:30 per km to 7:30 minutes, and I was consistently the last one to finish group training runs. At five months pregnant, I considered myself lucky to complete the marathon within the six hours the race course was open. Average pace: 13:09. 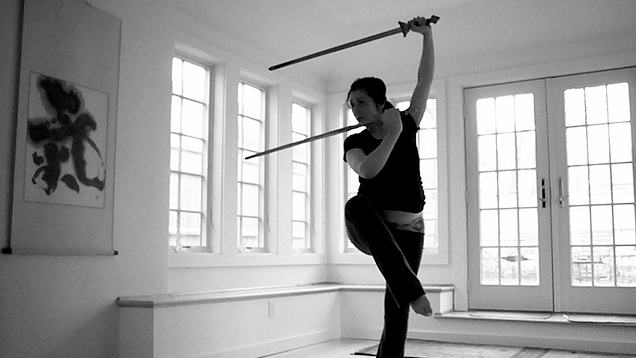 The Truth About Exercising While Pregnant: It's OK To Work Hard

Sometimes it seems the only exercise options for pregnant women are easy swimming, gentle yoga, and walking carefully in a field of pillows. But if you're not satisfied with those, you're in luck. many activities are safer in pregnancy than bystanders and even your doctor may realise.

Why do we slow down even when we have greater blood volume? Probably because a pregnant person’s extra blood and oxygen doesn’t power muscles; it goes to the baby. It seems the people getting excited about the increased blood volume and oxygen uptake have forgotten that important fact. And that makes Serena Williams‘ recent title all the more impressive: If she was eight weeks pregnant, she may have been dealing with reduced endurance. And she won anyway.