In the world of The Sims 4, life is a lighthearted cartoon. You can die of laughter and turn into a ghost. You can sleep with characters, but it’s not sex: instead, “Woohooing” happens out of sight, all giggles and hearts. For some people, The Sims 4 doesn’t go far enough in its portrayal of intimacy. (NSFW warning!)

When characters in The Sims “woohoo” their bodies are obscured in playful ways. WickedWhims leaves nothing to the imagination, especially if you download its specialised animations: characters thrust, limbs bounce, and faces contort in pleasure. Because this is The Sims, things can get pretty silly here, too:

For his efforts, Turbodriver makes $US4,161 ($5,551) a month on Patreon, where he has rallied 1,000 passionate fans willing to pay for their sexual fantasies. Developing WickedWhims and expanding its capacity as a mod is Turbodriver’s full-time job now. While Turbodriver works on the main mod by himself, he estimates that about 30 people have tweaked WickedWhims further with their own content, allowing others to make a profit, too.

A user with the handle Mike24, for example, has his own $US3,001 ($4,003)/month Patreon where he offers special sex animations for all sorts of games, WickedWhims included. Another fan, lupobianco, makes $US892 ($1,190) a month on Patreon solely by creating WickedWhims animations. “I kind of made the ground for a new market,” Turbodriver told Kotaku over email.

It all started with 2009’s The Sims 3, which Turbodriver recalls playing avidly. He enjoyed its bevy of user-created sex mods. When he finally made the jump to The Sims 4, he was surprised to find no sex mods like the ones he liked even though he started playing a while after its release. So, he got to work.

“I knew that there had to be a group of people interested in such content for The Sims 4,” Turbodriver said. “It was sort of a business plan.”

“That was my chance; how hard could it be?” Turbodriver thought at the time. 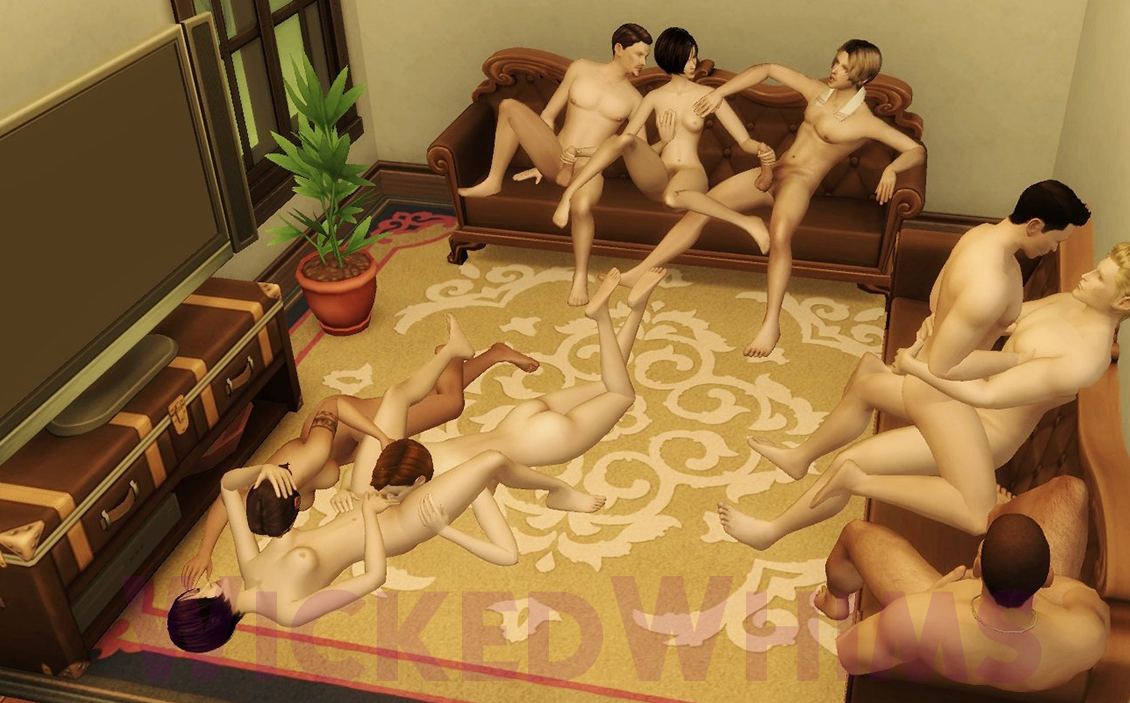 Pretty difficult, it turns out. With no existing mods to reference, TURBODRIVER had to figure modding out on his own. He ended up learning an entire programming language just to tinker with The Sims 4. It paid off, though: a few months after he released his first sex mod, WickedWoohoo, outlets like Kotaku took notice.

The modder says EA, the publisher behind The Sims, noticed, too and sent a notification of intellectual property infringement. EA’s concern, Turbodriver says, was that by naming it “WickedWoohoo,” people might mistake the mod as an official affiliation with the people who make the game. ‘Woohooing,’ after all, is a term used by the game itself. Turbodriver says he changed the name to WickedWhims to avoid legal troubles.

Even with a branding change, WickedWhims blew up late last year, drawing attention fans seeking out a more ‘realistic’ experience from The Sims 4. That’s when things started to get complicated.

“I have to approve of your sexual fantasies.”

“Once you put out a mod like that to the public and a fairly large audience appears, you start to get messages about different people fetishes, sometimes really specific ones, you start to learn about some nasty stuff,” Turbodriver told Kotaku.

Since WickedWhims appeared to be the definitive sex mod for The Sims 4, some people hung all of their expectations on it, especially since the whole thing is crowdfunded. When the public funds a thing, they expect to be heard, after all. Sexual preferences, of course, are highly personal. What one person thinks is incredibly hot might appear completely off-limits to someone else. WickedWhims includes controversial inclusions, such as incest and allowing adults to romance teenagers.

“What happens is that some suggestions have people against adding them and then I become the person that decides what is right and what is wrong,” Turbodriver said. “I have to approve of your sexual fantasies.” It’s a heavy role, though Turbodriver takes it in stride. 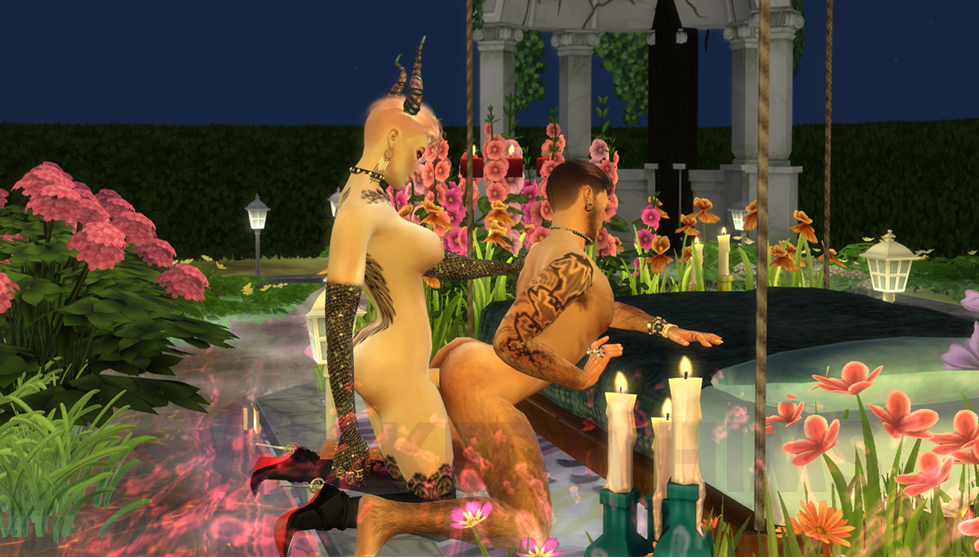 “The Sims is a sandbox game where the player has the freedom to do whatever they want and come up with any scenarios they want,” Turbodriver said. “The game is designed to offer tools which allow for interacting with the world and a mod has to do the same. I focus on creating tools that extend the possibilities.

There are boundaries, though. The mod does not permit sex with kids. “I have to be aware of the possibilities I open up, so if I wouldn’t agree with something, I would block it,” Turbodriver said. “For example, anything related to children would be simply wrong and painfully unambiguous with its purpose,” Turbodriver said.

“I focus on creating tools that extend the possibilities.”

“I can’t add whatever people ask for,” he added. He can’t add every fantasy anyone could ever think of. “It would result in a complete mess. “It’s a hard balance of adding what people think is fun, adding things that actually improve the mod and not spending a full month of work on one thing at the same time.”

At the moment, Turbodriver sees no end to what he could add. He is working on having Sims react when they see come on other characters, but the holy grail of WickedWhims features is definitely “sex autonomy.”

Right now, players have to orchestrate any sex that happens via the mod and set the characters up. In Turbodriver’s ideal mod, sims can have sex of their own free will, so to speak. The problem is making sure the feature follows the rules of the game world. Sims have personalities, likes and dislikes, and WickedWhims defines Sims more granularly in all sorts of ways. You might have a Sim who hates condoms, another one with a specific gender preference, or one that loves come (“Cum Slut,” in the words of WickedWhims.) The hook-ups would have to fit with those desires.

“Sims can’t just like each other or randomly decide [to have sex], there has to be a reason,” Turbodriver said of this ideal, automated version of modded Sims sex. “A lot of things have to work, the situation: the location, time of the day, nearby sims and if they are even into it.” To achieve that vision, Turbodriver is trying to implement something called “Desire,” which dictates how likely a Sim is to ask for sex, and how much they might enjoy it. He’s still working out the specifics of how it functions, but the short of it is that modelling convincing yet satisfying models for relationships is damn hard.

Even the actual developers of The Sims 4 haven’t gotten it right, as it’s pretty easy to force sim pairs, regardless of personality differences.

While autonomous sex sounds like a tremendous design problem, Turbodriver wouldn’t classify that as the most difficult part of his job.

“The most challenging thing is all the people who just can’t follow instructions and don’t know how to install mods,” he said.