Men, Pick Up The Slack And Call Your Local Member Already

Women don’t just do more of the child care and make more of the household decisions. They also do more protesting, activism and political engagement than men, according to a few recent surveys. Men, can you pick up the slack a little?

Daily Action, for example, sends a text to American subscribers every day urging them to call their members of Congress to get things done. (It isn’t affiliated with a candidate or party, but many of the actions aim to resist the Trump agenda.) They recently surveyed their most active users, who turned out to be 86 per cent female. Nearly half were in the 45-to-65 age group. Young men, why are you leaving this job to your mums?

One survey doesn’t speak for everybody, so could dudes be pulling their weight elsewhere? A Washington Post survey found that Democratic women are out-protesting men. On the other hand, a poll by SurveyMonkey found men and women to be somewhat similar in their political engagement — except that women were more likely to show up to protests. (An important note: They didn’t ask about calling rather than writing to their representatives, even though that’s the method of choice in the US these days.) Of course, these are US surveys, and maybe Australian men are more on the ball than their American counterparts. But it’s likely that there are some similarities. 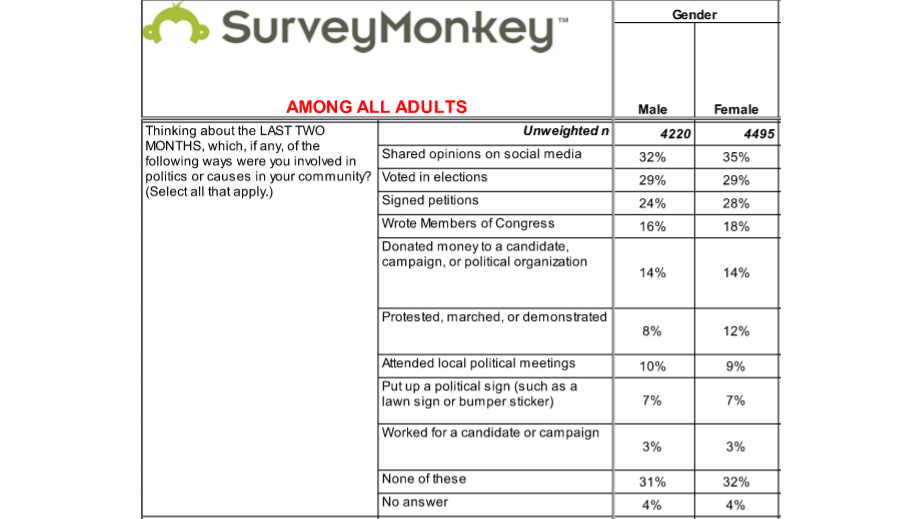 Men, this isn’t women’s job to clean up. And no matter who you are, don’t trust that other folks are going to pick up your slack. If you care about what’s going on in politics, but you’re letting other people do the work, it’s time to pick up the damn phone.