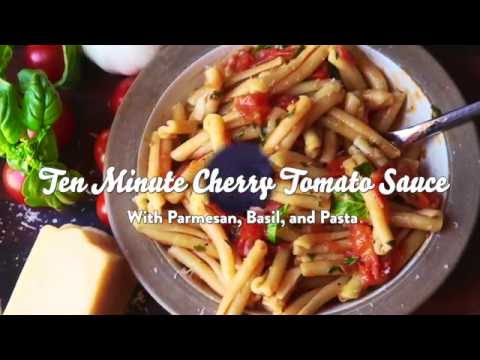 There’s nothing better than fresh tomato sauce. You have a lot of types of tomatoes to choose from, but try cherry tomatoes for the best flavour and the least effort. Here’s why.

Your go-to for fresh tomato sauce might be larger tomatoes, but cherry tomatoes will make a faster, tastier sauce for several reasons. Serious Eats says:

You can make a simple pasta sauce in 10 minutes by using cherry tomatoes instead of a larger tomato. Check out the video above for a specific recipe, but you really only need olive oil, aromatics (garlic and onion), cherry tomatoes and your choice of spices or herbs.