Learn Your Partner’s ‘Love Language’ To Better Comfort Them 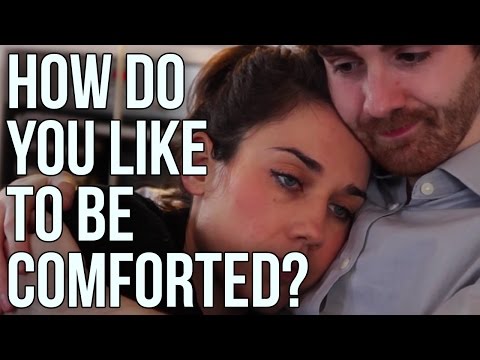 There’s a right tool for everything, and that applies to emotional intelligence as well. Just like you wouldn’t use a hammer to fix a car, you can waste a lot of effort (and even cause some damage) by speaking the wrong love language to your partner.

The above video is a dramatisation of the concept of /”love languages”, which are different ways we interpret love. Commonly accepted love languages are Words of Affirmation, Acts of Service, Receiving Gifts, Quality Time, and Physical Touch.

We like to show love in these ways, and we like to receive love in these ways — but if you show love in a way your partner doesn’t naturally understand, you might as well be speaking Dutch. If they know you and how you show love, they can see what you’re doing and logically interpret that as you making an effort — but if you want them to feel it instead of just know it, you’ll learn their love languages and show them that way.

Of course it’s nice when yours and your partner’s love languages have significant overlap, but it’s just one aspect of compatibility in a relationship.

This can be seen as a positive, though. We usually have a language that’s more dominant, but it’s not our only one. So if time is short and you’re finding it hard to spend Quality Time, a quick trip to buy something you know they’ll love can make a big difference. It doesn’t have to be expensive, it just has to speak their language. Similarly, if you’re struggling for Words of Affirmation (like in the above video), perhaps just some physical touch would be most effective.

In the end, it’s up to you to know your partner. The good news is, even if people don’t already know about the “love languages” concept, they usually know what they like — which means it’s perfectly okay to come right out and ask them.