Four Quick And Easy Meals For The Time Poor 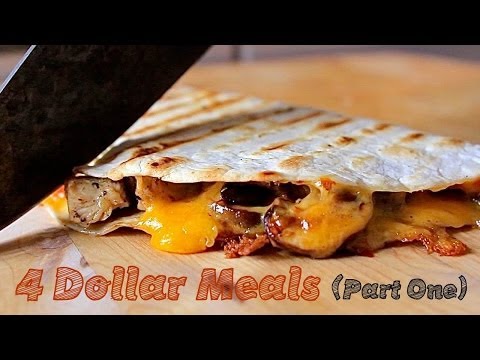 Don’t have much time (or motivation) to make yourself one of the recipes you’d normally see on a TV cooking show? These guys have got you covered.

With a focus on speed and minimal effort, it’s no surprise what inspired these meals. They’re referenced as “munchies” more than once. But rather than head to the 7-11, these two haven’t abandoned all semblance of health — I mean, as healthy as you can be while including phrases like “then you hit it with a whole bunch of cheese”, but these meals are still pretty decent.

Each of these only requires four ingredients, and four dollars. It’d be nice if they all took four minutes as well, but that might be asking too much. What they come up with is quite decent.