Crayola Has Retired Dandelion, Here’s What Crayon Artists Suggest For Coping With The Loss 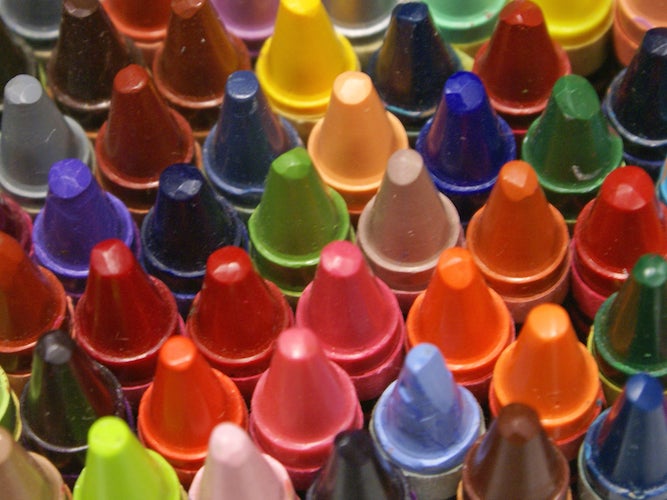 Farewell, Dandelion. Crayola has decided to retire that particular shade of yellow, even sending “Dan D.” on a month-long farewell tour around the US. For some of us, this is not a big deal — in my kids’ 128-pack of crayons, there at least five other yellows and oranges; and if the Sun now has a little more red-sky-at-night feel to it, who cares?

If you’re in the “oh well” camp and have a 64-colour box, Goldenrod is pretty close. In the 128-crayon box, you have a few more options in the yellow family: Canary, Laser Lemon, Unmellow Yellow, (presumably mellow) Yellow, and even Banana Mania.

But for some of us, change is hard. One gets used to a crayon colour like one gets used to a lipstick shade or a cut of blue jeans, and we take it hard when the brand discontinues it. So how will those true aficionados of Crayola colours adjust?

I contacted some artists who work primarily in crayon to get their thoughts on the news. Jeffery Robert, who is known as the Crayon Artist, had this to say:

I personally like the Dandelion crayon and will miss it. Many times while creating, I want a subdued yellow to give me a lot of saturation… and not a bright yellow, so Dandelion fulfils my need. It’s a yellow without much orange and I like that because the Yellow-Orange Crayon is not a good substitute for Dandelion.

He suggests layering either Yellow and Peach or Yellow and Apricot to make Dandelion, and he notes: “Keep in mind the amount of hand pressure or saturation of each colour will give a variation of the colour desired.

And then I asked Herb Williams, a Nashville-based artist who builds sculptures out of crayons. I expected him to say something like “Banana Mania will do”, but Williams’ answer was more… artist-like, and a nod to the bigger role that crayons play in children’s lives.

“I will miss Dandelion, we were tight. It would be cool if Crayola created a new colour called ‘Galaxy’ that was black with flecks of metallic blue, pink, red, silver and yellow. They could donate a portion of sales to NASA. Maybe inspire a new generation to dream big and think outside of our earthly ‘box’.”