15 Idiotic Internet Of Things Devices Nobody Asked For 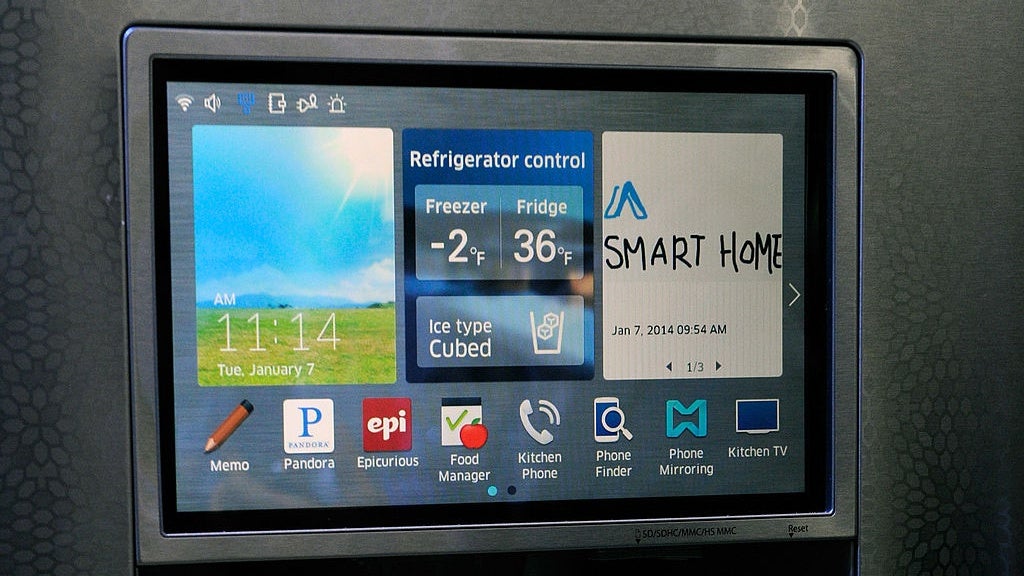 Humans contain multitudes. We have a demonstrated ability to work hard, sweat and toil for our daily bread, and, as a society, achieve magnificent feats of science and technology. We've literally reached the stars!

However, we can also be incredibly lazy pieces of shit. We fight with our roommates over whose turn it is to get off the couch and find the remote, rage at Netflix for making us press a button to keep watching, and order Seamless instead of going outside. That's where the Internet of Things comes in — ready to rescue us from the horrible task of using our atrophying muscles to close the blinds — by connecting everything to the information superhighway.

Unfortunately, a lot of it is total garbage. When it comes to Silicon Valley, there's nothing like an expensive, overwrought solution to a problem that barely exists.

Take this recently announced toilet paper tracker, for instance. Are you always getting caught out on the shitter with no toilet paper? Never fear: A YouTuber (oh, goodie) has invented a smart toilet paper dispenser that can sense when you're running low and will notify you via an app. Might we suggest a couple of non-electronic hacks, like... keep the toilet paper in the bathroom? Maybe just one or two spare rolls? Carry some tissues in your pocket? Christ, there are plenty of options that aren't connecting your toilet paper dispenser to the internet.

While the problems with internet-connected devices are well known — why, hello there, security problems — today, in honour of the toilet paper tracker, we want to celebrate the most utterly banal devices ever to have a chip slapped on them. They solve the problems you didn't even know you had — for a price, of course.

There are plenty of devices that will track things that definitely don't need to be tracked. Among those: a fitbit for your fat lil' doggo that will tell you how much your pet is eating, in case you suspect he's sneaking off to Shake Shack for a cheeky burger.

A smart water bottle that "glows to make sure that you never forget to drink your water again." Apparently the concept of "drinking water when you're thirsty" is unfashionable now. Also, there are already apps that will remind you to drink water, which is lazy enough. Do you really need your water bottle to glow, too? What about a little robotic arm to tap you on your thick head?

A smart hairbrush that uses a gyroscope, an accelerometer, and a microphone to listen to your hair to see if you're brushing it all wrong, you sloppy moron. Here's what I bet mine sounds like: krrrt krrtt ssspptth.

An egg tray for your fridge to tell you how many eggs you have left and even how fresh the eggs are, massively superseding the old technology of "looking at the date on the box" or even putting them in water. I hate this and will not comment further.

Don't forget the devices that bring the internet right to your pants. i.Con, a "smart condom" that's actually more like a cock ring, aims to tell men exactly how shit they are in bed. Maybe, I don't know, ask your girlfriend? 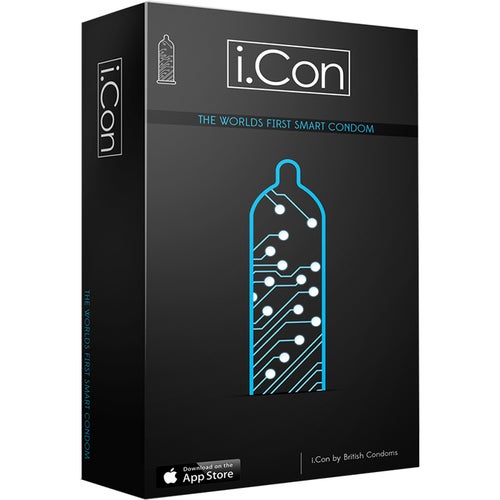 You know those little tasks you just cannot be arsed to do, like opening your garage door? There's a stupid device for that. Garageio lets you open your garage door with your smartphone, rather than with the classic remote that seems to have been working fine my entire life. I guess you could open it from work and scare the shit out of your husband, or something.

Amazon Dash buttons aren't all bad — it makes sense to order big, bulky, heavy-use items like kitty litter with the press of a button, especially because the buttons are basically free — but some of them are just bizarre. Who is buying enough pistachios to need a Dash button for that? Is the burden of your pistachio habit so great that you need a special button on the door of your Pistachio Cove to order a new shipment? If I ever went to someone's house and they had a pistachios Dash button, I would press that thing 50 times to teach them a lesson. 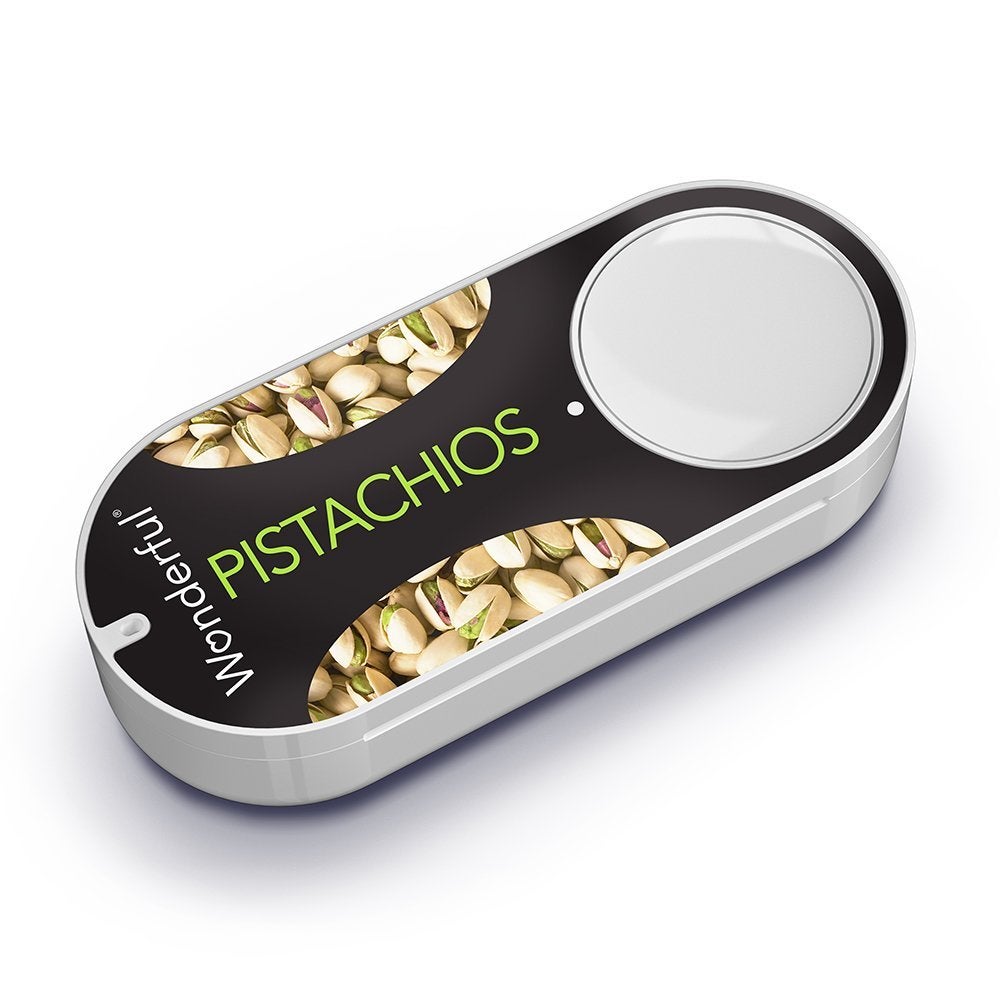 A Bluetooth-connected coffee machine that can tell you when you're out of their dumb little coffee pods, which you shouldn't use anyway because they're killing the planet. It can also start brewing the coffee from afar, but only if your chosen pod is already loaded, which is a real shame if you, like me, have gotta have that java.

This smart plantation (what the fuck?) shutter relieves you of the horrific burden of getting up to close your shutters after a long day of blogging. As their Kickstarter says, "This daily routine can become even more tedious with hard-to-reach shutters. What you need is a way to do this remotely and even automatically. In other words, you need smart shutters." You NEED them, like you need air and food and love.

The Bluesmart "connected carry on" luggage promised the ability to weigh itself, charge your phone, and lock itself. That last feature unfortunately was not all groovy with the TSA, who stopped The Next Web writer Natt Garun on her way to CES last year and "sternly" questioned her on the bag's exposed wiring and battery pack.

A $US100 ($132) Bluetooth toaster by Griffin that can send you a notification when your toast is done to your desired level of crispness. Which is fine, except toast takes like three minutes. And it's $US100 ($132). My toaster was $US8 ($11) and works almost all the time. 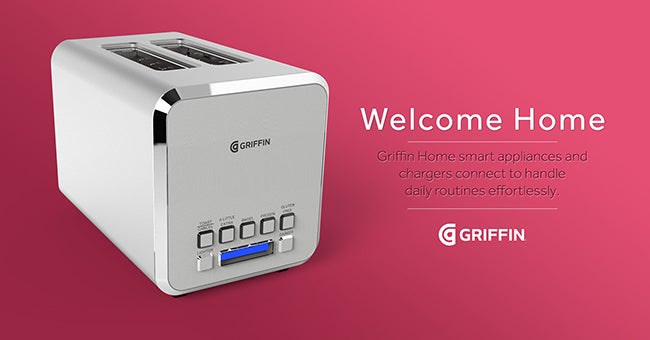 But wait! There's more annoying shit from Griffin, which also makes a connected mirror. The mirror can display notifications from your phone, the weather, and, of course, updates from your Griffin toaster, if you touch the mirror's surface. Love to get my smudgy fingerprints all over my mirror just so I don't have to look out the window.

There are many connected toys for kids on the market, including stuffed animals and sick robots. To a childless millennial like me, the news that toys are now connected to the internet is utterly baffling. What is wrong with a simple old teddy bear, I shout at the children on my lawn? Why does Old Ted need to talk to the cloud? If nothing else, the news that millions of recordings of children and their parents leaked from CloudPets' database should give you pause. Kids will play with literal dirt and rocks, you fools.

We couldn't forget to mention an IoT device that is connected in perhaps the least useful way possible. This pair of flip-flops with a chip and accompanying app doesn't provide anything conceivably useful like fitness tracking data, but instead sends wearers information about discounts. Sign me up!

What I've learned from this is: man, capitalism creates some truly stupid, useless shit. Also, parody is dead, and we're about six months from a real-life SmartPipe.