Hello, sous-vide friends and fans, and welcome back to another cheesy instalment of Will It Sous Vide?, a regular column where I make whatever you want me to with my immersion circulator.

After many weeks of being a sous-vide bridesmaid, breakfast casserole finally got the chance to put on a pretty white dress and walk down the aisle. I’ve long been a fan of eggs cooked in our culinary hot tub, and hoped that cooking casseroles this way would give us a particularly custardy result.

I am not a morning person by any stretch of anyone’s imagination, so there is always a certain amount of appeal to a morning meal that can prepped the night before, then cooked with minimal effort. This method seemed well-suited to my permanently-exhausted-pigeon lifestyle but, as with all things cooked in little jars under water, I was slightly concerned about the moisture content, and how it would affect the tasty breakfast meats involved. 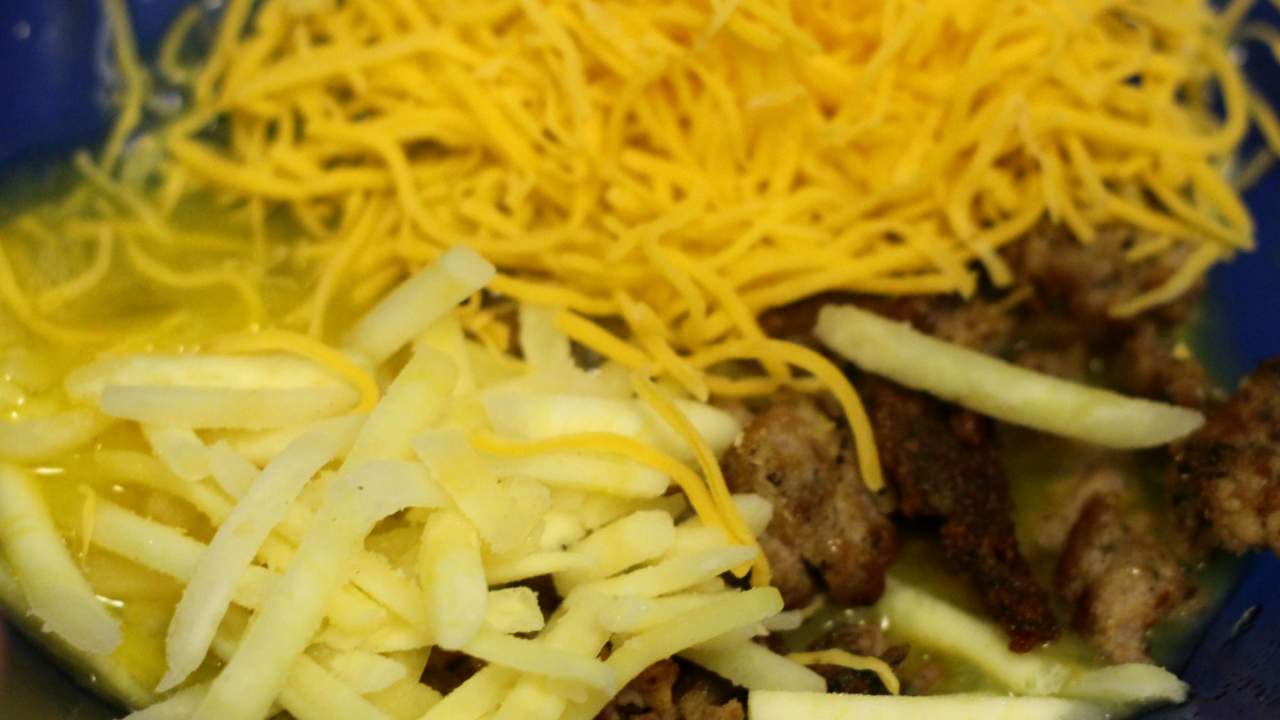 Rather than limit myself to one cured pork product, I purchased three: bacon, ham, and breakfast sausage. To prevent an outcome that could only be described as “a greasy, gloppy, flaccid mess,” I precooked the bacon and sausage to render out the fat and get everything all crispy. Once the meats were cooked, I let them drain on paper towels and then assembled my casserole jars. For each jar of casserole you wish to eat or give to someone else to eat, you will need:

Just mix it all up in a bowl, scrape it into a jar, and tap it down to force out any air bubbles. I made three jars — one with each meat — put the jars in the fridge, went out to have a celebratory bourbon beverage, and then went to sleep. 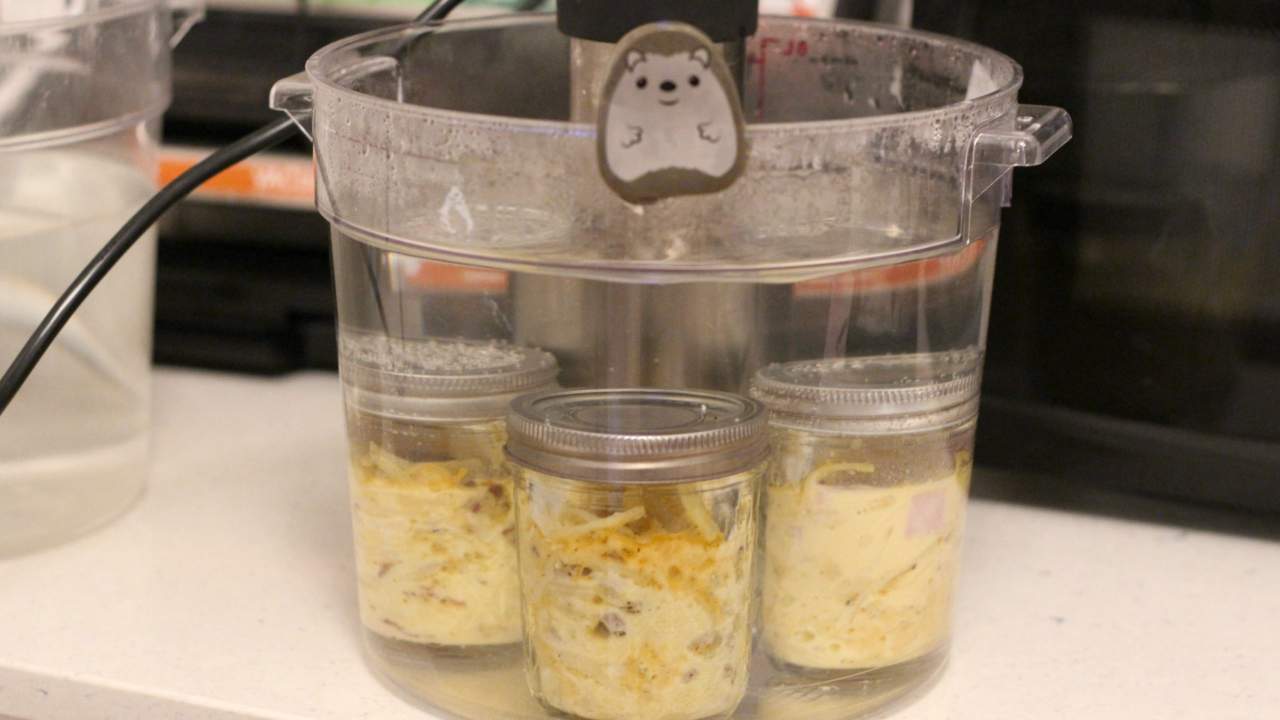 Our furry friend is back!

Our furry friend is back!

The next morning I got up way early (7:30 am), turned on the Anova, and went back to bed. About half an hour later I heard the circulator beep, signalling that it had reached its target temperature of 75°C, so I rolled out of bed, put the jars in the bath, and went back to bed yet another time. An hour and a half later, I removed a jar and opened it up to give it a little poke. Though it had mostly solidified into a custard-type of situation, it was still a little wet on top, so I closed up the jar and put it back in the bath for another 30 minutes. 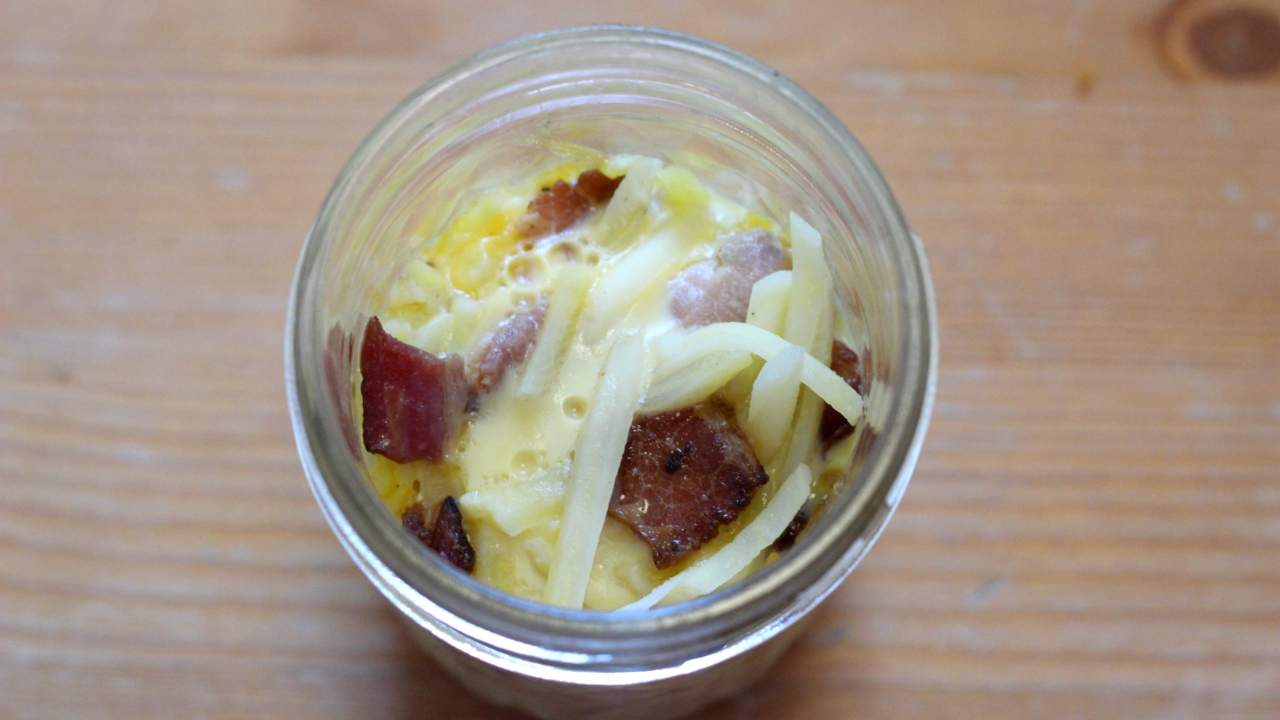 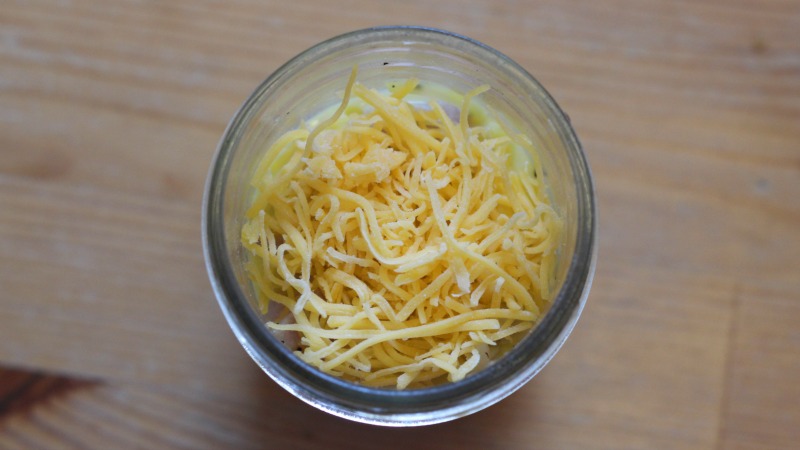 I topped each jar with some extra cheddar, and let ’em hang out under the broiler for about three minutes. 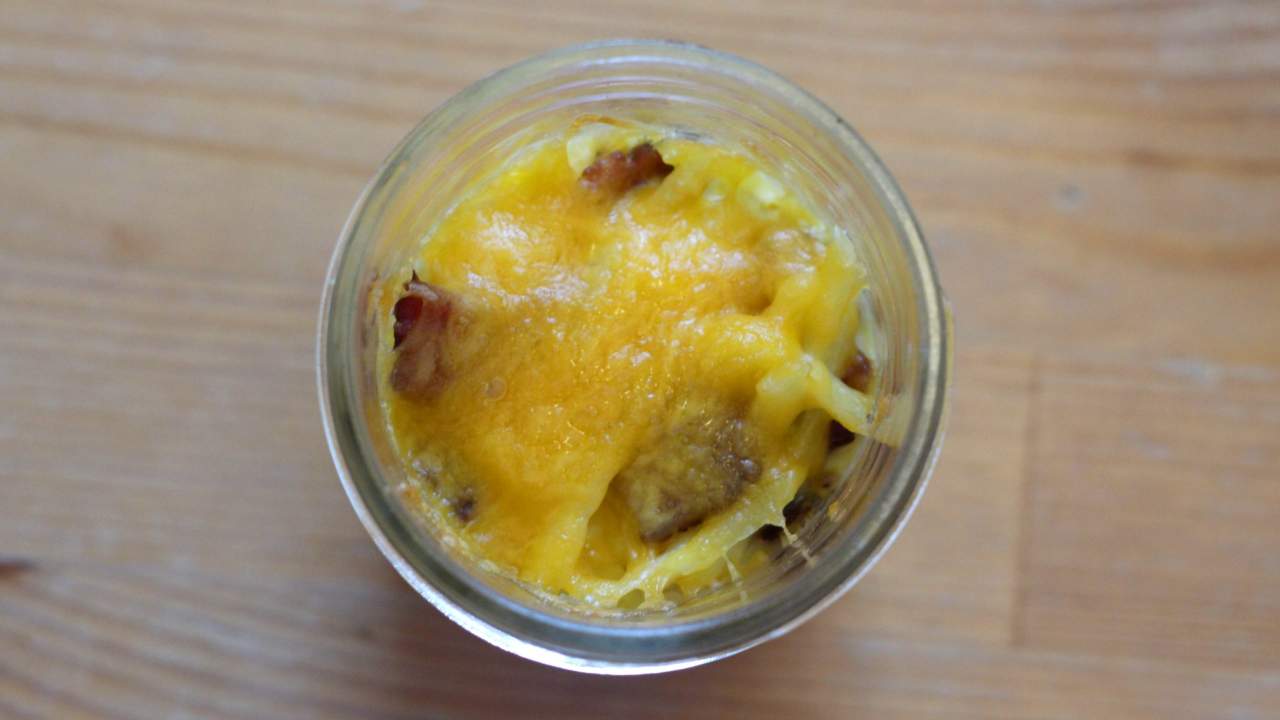 Now we were ready to eat. I grabbed the only clean piece of flatware in my utensil drawer and took a bite. 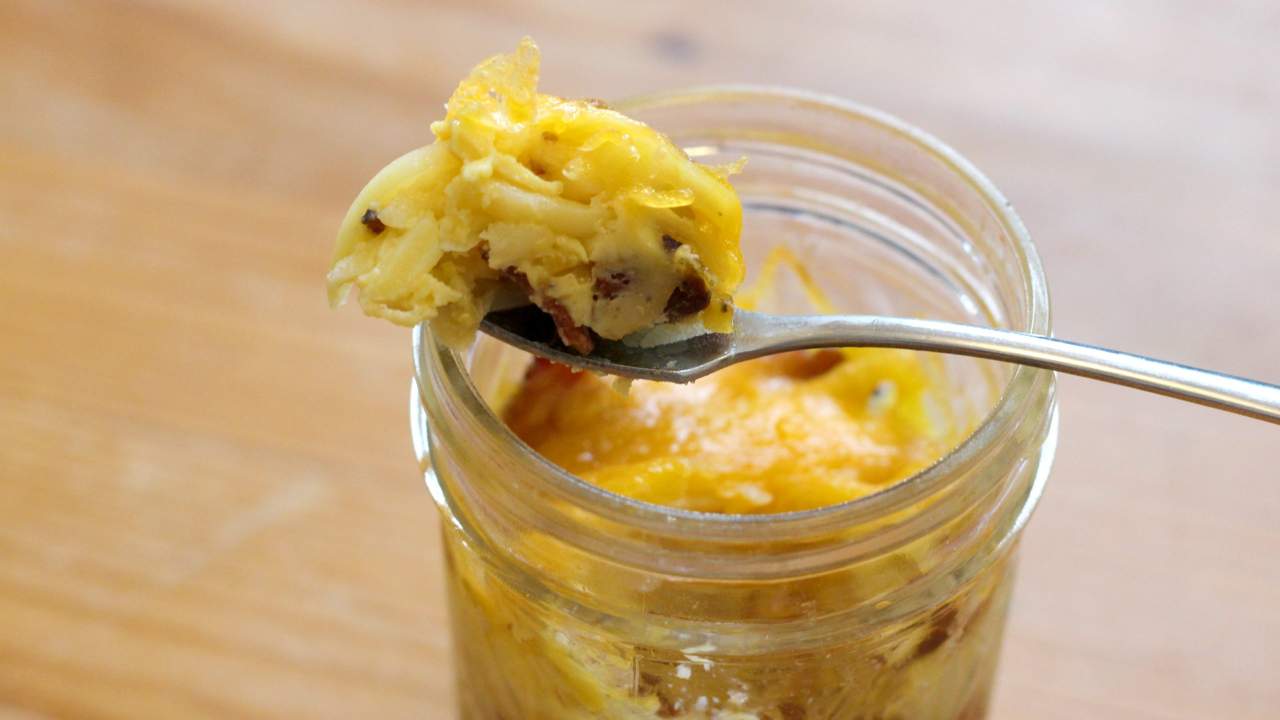 Sidebar: If anyone knows what this half-spoon/half-scraper thing is in the picture above, i would love for you to tell me.

Sidebar: If anyone knows what this half-spoon/half-scraper thing is in the picture above, i would love for you to tell me.

This bite told me a lot, mainly the answer to the question: Will breakfast casserole sous vide?

The answer: Eh, sure. It was fine. The egg was nice and custardy, but some of the meats fared better than others. As one would most likely expect, the ham did the best, and suffered no real change in texture. The sausage also did ok, though its flavour was slightly muted by its two hours in the tub, but the bacon lost all of its crisp, and had turned into kind of sad, kind of rubbery pieces of salty meat.

The potatoes were cooked through though, and the melted cheese was melted cheese, which is never bad, so — again — these breakfast casseroles were just fine. All of that being said, I don’t know that the 30 minutes or so of prep, followed by a two-hour cooking time for breakfast casseroles that are “just fine” are totally worth it. Though I was able to sleep through most of the cooking time, it should be noted that I work from home, and that most people may not want to get up two and a half hours before breakfast to put some jars in a water bath. So while breakfast casserole will sous vide, I don’t know that you should use your circulator this way, especially when you can achieve equally fine results baking a pan of the stuff in an oven for less than an hour.