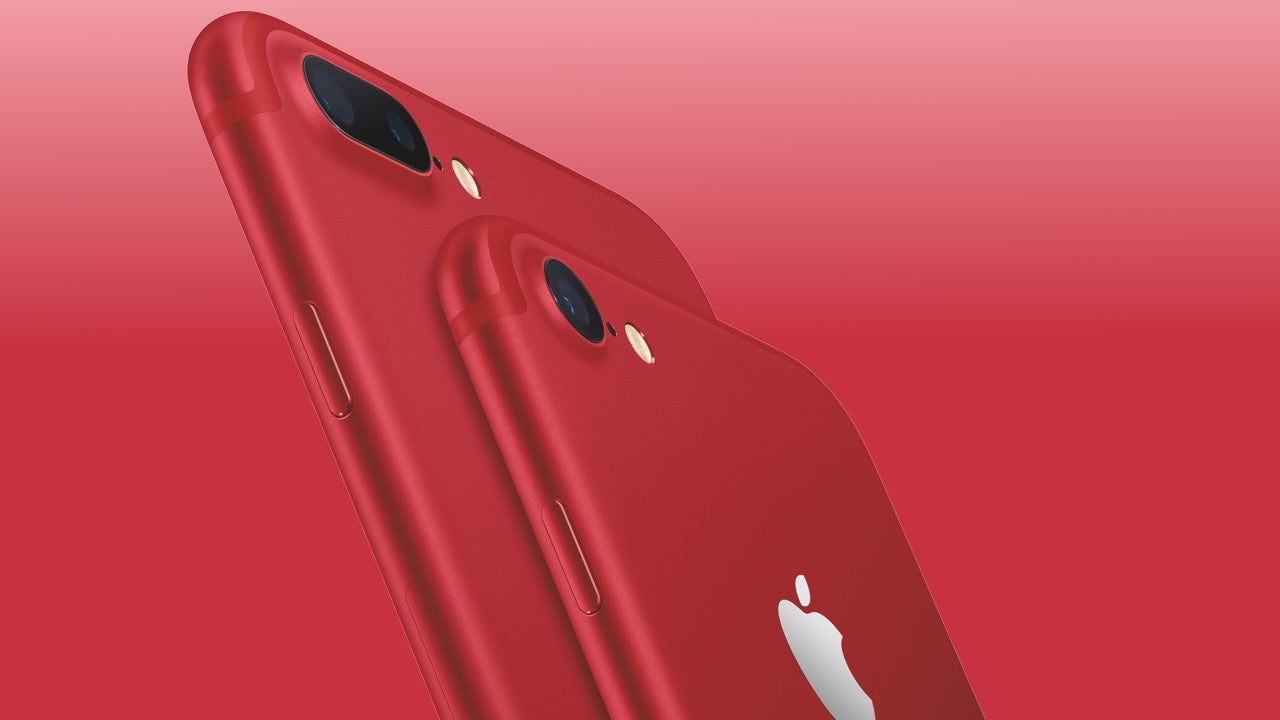 Apple has just unveiled a red iPhone 7 and iPhone 7 Plus. This is the technology equivalent of Malibu Stacy releasing a new hat, but we’re still weirdly excited by the finish. Plus, it supports charity. Here are the details.

The red iPhone 7 has been created in partnership with AIDS charity (RED), an organisation Apple has worked with for more than 10 years. Interestingly, this is the first time Apple has ever offered a red version of its flagship product.

According to Apple’s website, a portion of the proceeds from every red iPhone purchase will go to the Global Fund to fight AIDS in Africa. Apple doesn’t disclose how much, but when you consider the number of iPhones it sells, even a fraction of a cent can help to make a difference.

The red iPhone 7 and iPhone 7 Plus will be available from March 25.

The red iPhone sports an identical build to previous versions of iPhone 7 or 7 Plus: it’s just red.

It shares a similar design to the iPhone 6 but with a few notable changes including a revamped, pressure-sensitive home button and a new CPU comprising two high performance cores and two high efficiency cores. Controversially, it also lacks a 3.5mm headphone jack. Instead, a single Lightning port takes care of both charging and listening duties. (There’s an adaptor in the box for those who refuse to part with their existing headphones.)

Here’s a look at the chief specifications of the red iPhone:

The outright cost of the red iPhone 7 and 7 Plus varies depending on how much storage you want.

As for the iPhone 7 Plus:

Like the Jet Black iPhone 7, you will only be able to get the red iPhone in 128GB and 256GB capacities. (32GB is only for ghetto colours, apparently.)