How to Make Mashed Potatoes in Your Microwave (Or Oven)

10 Video Game Soundtracks That Will Increase Your Productivity

How Worried Should We Be About the Delta Variant?

These Office Plants Will Turn Your Workspace Into an Oasis

How To Stop Spending Impulsively Once And For All

You’ve tried to curb your spending problem. You’ve frozen your credit cards. You won’t travel within a kilometre radius of a JB Hi-Fi, Big W, Sephora, or wherever else your spending weakness hits hardest. Yet, somehow, you’re still screwing up your budget every month. It’s time to get your impulsive spending under control once and for all. 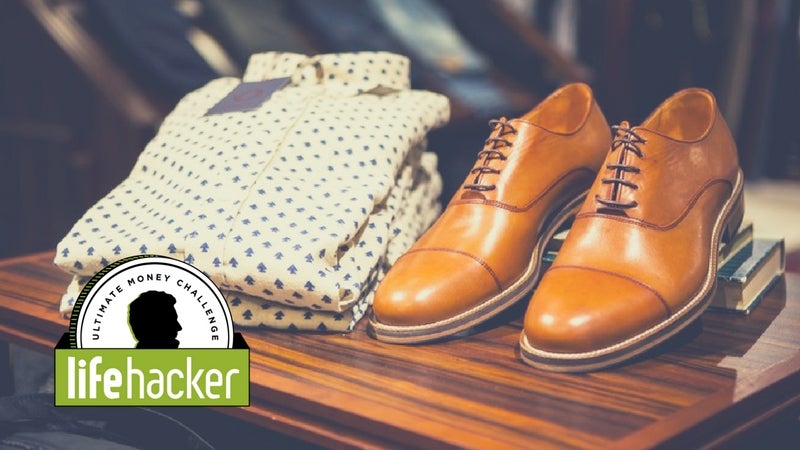 We're helping readers save money all year long with the Lifehacker Ultimate Money Challenge. This month, we're bringing back one of last year's favourites. kick your spending weakness.

The problem with most “stop impulsive spending” tips is they don’t focus on the right thing: Your willpower. I guess it might be helpful to literally cut up your credit cards, but that doesn’t take away from the fact that you’re still tempted to buy stuff. Certified Financial Planner Carl Richards advises people to create space between the stimulus (your impulse to buy a new gadget you don’t need) and the response (your decision to buy the gadget). In other words, don’t just avoid your impulse or deal with the aftermath of it — fight it. Spending hacks can help, but if you really want to nip the problem in the bud, focus on your willpower with these tips instead.

The easiest way to test and hone your willpower? Force yourself to wait.

A friend uses something I call the “$100 Rule”. When she has the urge to buy something that costs $100 or more, she forces herself to wait at least a week. This way, she has time to think about whether or not she actually wants the thing or if she’s just being impulsive. Adjust the numbers to suit your own budget. Maybe you’re flat broke and even a $25 purchase will set you back. Change it to the $25 rule. Or maybe you’re balling and $100 is nothing to you. Cool, make it the $1000 rule.

Impulse spending isn’t always expensive, though. Sometimes it’s lipstick at the cash register or a new phone case on eBay. For small purchases like these, I follow the 10/10 Rule. If I’m thinking about buying something that’s $10 or less, I don’t spend more than 10 minutes thinking about it. If the item costs more than $10 and I’m still not sure, it goes back on the shelf, no matter what. It’s basic, I know, but for those impulse items, it works fairly well. Again, you can adjust the numbers to suit your own situation.

I recently wrote about Amazon Contemplate, too. It’s a Chrome extension that’s perfect for this sort of thing. When you click to buy something on Amazon, it forces you to wait 30 seconds to really think about whether or not you want that item. Half a minute isn’t a long time, but sometimes it’s all you need to stop yourself from being impulsive.

This is why it helps to have goals. When you’re saving up for a goal, it’s a lot easier to resist the urge to spend because you can think of impulsive spending as the enemy of your financial goal. Oh, you want to get out of debt by July? That new pair of shoes you don’t actually need will set you back until September.

Opportunity is the key word here. Let’s face it, when you have to deny yourself of a splurge, it usually feels like a sacrifice. No one likes sacrifice. When you have a savings goal, though, you’re able to reframe “sacrifice” as an opportunity. You now have the opportunity to use your money in a better way. It’s up to you to take that opportunity, but it’s a lot easier to take control of your money when you can see how it will benefit you.

When I first started budgeting, I really overestimated my willpower. I figured I could fight every temptation to spend, so I budgeted zero room for anything that wasn’t debt or bills. You can probably guess what happened next. I destroyed my budget because it wasn’t realistic. And, since my budget was already destroyed, I would just keep splurging because what’s the point?

It took me a long time to get realistic with my budget. Let’s not forget that money is just a tool. It’s OK to spend it! There’s nothing wrong with splurging on something you love every now and then, you just want to do it strategically. This way, you don’t burn yourself out but you’re also not spending money like crazy.

Create a small splurge fund or add a category for splurging in your budget. Don’t get crazy with it, of course. It’s not meant to afford some luxurious lifestyle, it’s just a small pool of money you can draw from when you’re tempted to treat yourself. This way, you have boundaries and guidelines so you can splurge strategically. You’re bound to whatever amount is in that fund.

Take a step back and ask yourself, “how many purchases have you made that you only liked and didn’t really love?” Quite a few? You’re not alone. Imagine all my $40 dinners I had in span of a 30 days. That’s $1200 enough for an all inclusive trip to the Dominican Republic for two people. I would complain I didn’t have the money to go on vacation but I was continuing to buy things I liked over what I said I loved… travelling.

In trying to exercise your willpower, you also don’t want to burn yourself out on it. Part of exercising your willpower is understanding your limits. No one has an unlimited supply of willpower. That said, you probably have more than you think, it just takes learning to build it, which can be especially hard when it comes to money. These tips are harder to implement because they focus on restraint, but in the long run, they will probably pay off more (literally).