How Social Media Skews Your Perception Of Reality 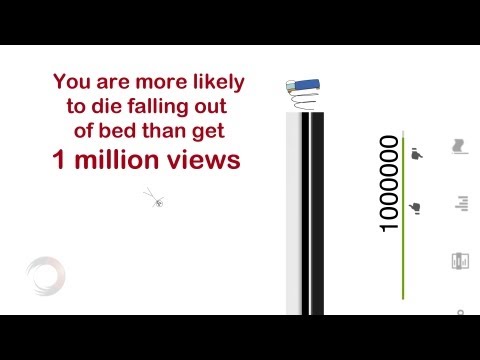 We already know that social media is highly addictive, and that despite its social nature it may be responsible for your loneliness. But aside from that, social media might skew your perception of reality — in that social media users are far more likely to believe they are trailblazers in the way they use their online platforms.

Going viral is one of those vague tenets of social media — an indistinct goal that most of the time can only be achieved by luck. In fact, the probability of going viral is very, very small when you consider how many potentially viral posts are fighting for the attention of an online population with a very short attention span. Here’s a short explainer on why you’re very, very unlikely to go viral:

A recent survey commissioned by media entertainment company MSM asked more than 2500 social media users about their thoughts on social media fame, and the results show that a large number of them have some unrealistic expectations from the internet. When it came to going viral, 46 per cent of users said that it was on their bucket list to have a post go viral some day. Meanwhile, almost half the men surveyed believed they were going to become famous through social media — though only a third of women thought the same.

On the less outrageous side of social media ego, 57 per cent of those surveyed believed they were usually the first to discover cool new things online. This one is a delusion we’ve all fallen into at one point in time.